Having the Money Talk with Your Aging Parents

Catching financial hardship is critical to prevent financial crisis. Here are some tips to have the money talk and prevent problems before they start. 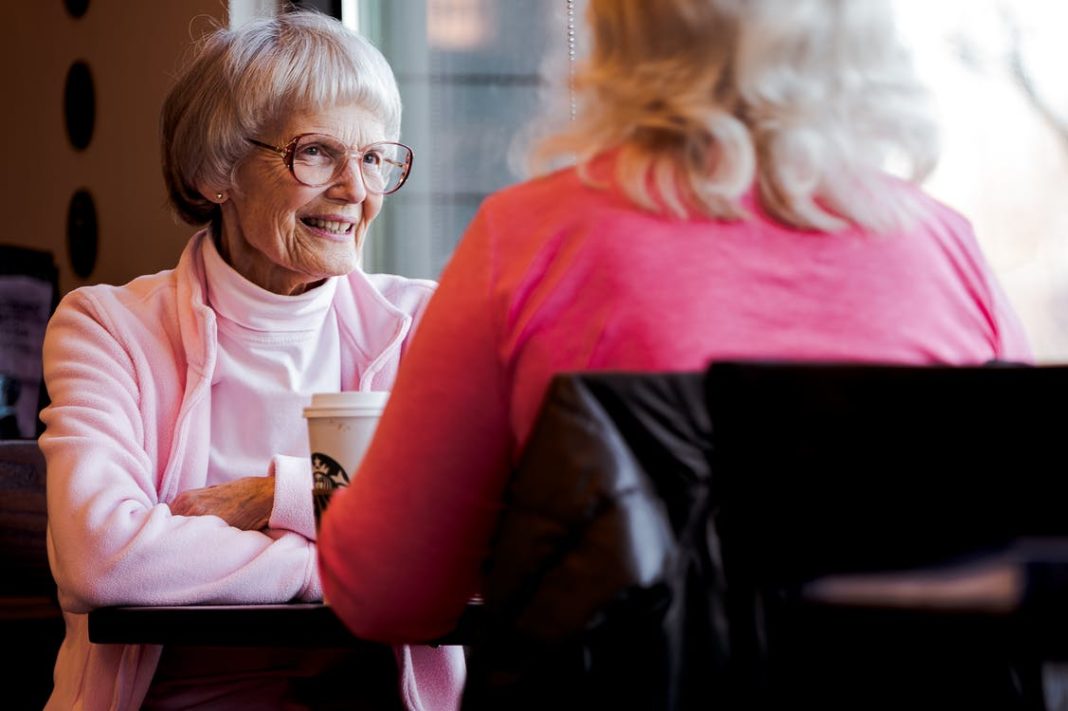 As your parents age, money might be a touchy subject. But what happens when savings run out and social security just isn’t cutting it?

In addition to regular bills, aging parents may be faced with additional costs such as medical bills, long-term care costs and planning for estate.

“Talk about long-term care, I cannot stress this enough,” says Brandt. “We see entire fortunes wiped out in a matter of years.”

Brandt adds that it is important to plan for both parents, because while one may go into a nursing home and have a great experience, the other might not due to expenses running out and having to rely on Medicaid. On Medicaid, the parent wouldn’t have much choice about their long-term care facility, such as a nursing home, and it may be far away from family.

“Most people assume long-term care is a fully-private room nursing home situation, but it can be at-home care to assisted living all the way up to a nursing home,” she says. “What plans do they have in place if they need that? Is Medicaid something they want to consider for folks that cannot afford long-term care?”

Because of qualifications of Medicaid, parents may have to impoverish themselves for a few years to qualify if they are not already at the income requirements, as Medicaid looks back five years to see if a person or couple qualifies.

“If they think this is something that might be necessary, they have to start planning in advance,” Brandt says.

While long-term care is important to consider, it is also important to talk about medical expenses and income, even though it may be a difficult conversation.

“Before they go on Medicare, it’s really important to have all your ducks in a row,” she says. “Knowing if you’ll need supplemental insurance is important because Medicare only covers 80 percent and it doesn’t cover prescriptions, so depending on the person you could have over $1,000 in prescription costs alone.”

It is also important to look at Medicare based on income because they may be paying more for that insurance. And it is important to have these conversations sooner rather than later.

If money from an IRA or 401k has run out, there are still ways to save money.

Brandt stresses that examining lifestyle expenses, such as going out to dinner, might help save some money. This is especially true for what she calls the ‘sandwich generation:’ adults who are between caring for their children and caring for their parents.

“There’s things like energy-saving appliances, thermostats, light bulbs too that can really save in the long-run,” she says. “Especially with more people in the house turning on lights and changing the temperature.”

Some parents might also find a side job that they enjoy or might look into investments when planning for the future.

“A lot of times we see clients turn hobbies into a side business, something you’re good at, something you love, can earn you money without it feeling like work,” she says.

“You have to be really careful that what you’re investing in is good for your long-term goals, not just chasing the shiny object,” Brandt says. “There are also investment vehicles that can provide income no matter what the market does, but they’re not for everyone.”

There also might come a time when adults need to take control of their parent’s finances, either by choice or by necessity, and planning for that can be a difficult decision.

“This is actually something that can be a little bit tricky,” Brandt says. “They should probably, with the parent’s permission, establish a power of attorney situation while the parent is living. They’re designating someone else to act on their behalf.”

When planning to pass on control of finances, aging parents also need to discuss it with each other, as well as adult children.

“Usually, only one spouse handles the majority of the finances and it’s critical that as couples age, both are equally savvy about their financial situation,” she says. “That includes knowing, and preferably building a relationship with, all financial professionals such as the CPA, financial advisor and estate planning attorney. Having at least a general understanding of all the bills a household has and how they are paid is critical. It’s also important that both spouses, and potentially their children, also know where all the legal documents are located, who to reach out to in the event assets need to be accessed, and what accounts are out there.”

One other thing to talk about is keeping money safe, as many scams are targeted towards the elderly population.

“We hear about a lot of scams, from IRS to computer scams,” she says. “There are lots of identity theft courses that are free for seniors and it’s really, really important because a lot of people don’t realize if you’re not online you can still be scammed.”

If a parent suspects they are the target of a scam, there are options.

“Just know that most of the time, government bodies will not call you, and when in doubt, you can call your local police department,” says Brandt. “Never, ever, ever give out information over the phone.”