How to Keep Seniors Safe During Flu Season 2020

While the swelling cases of coronavirus are cause for serious concern, we shouldn't ignore the approaching flu season. Learn how to keep seniors in metro Detroit and Ann Arbor safe this year. 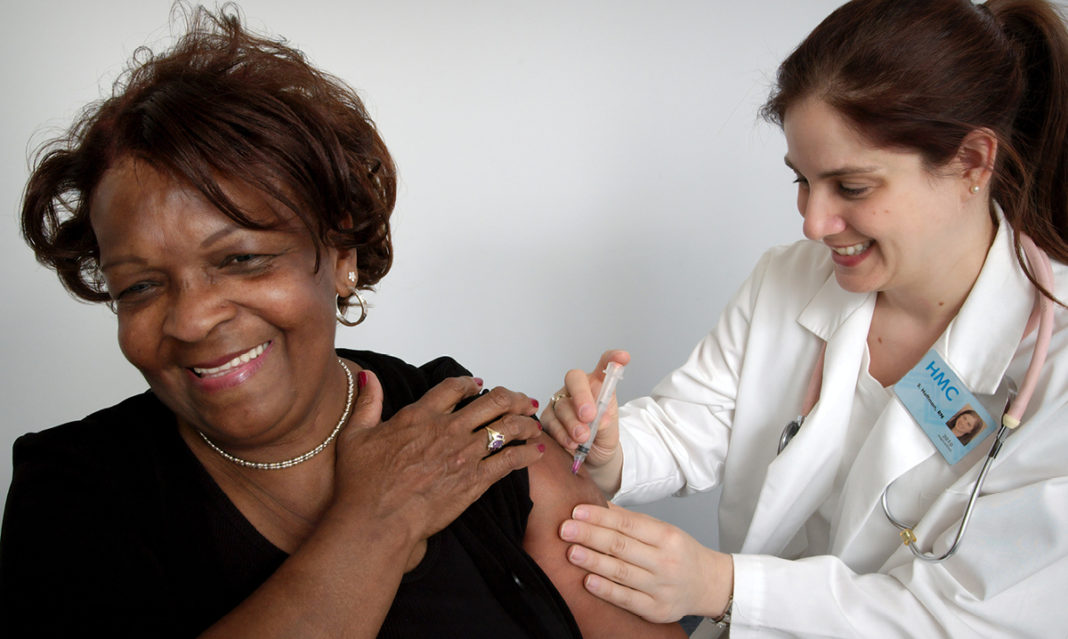 Although a much deadlier pandemic is underfoot, influenza — which kills an approximate average of 35,600 people every year, more than 70% of them over age 65 — isn’t taking this year off.

Two doctors in hospitals with locations in metro Detroit and Ann Arbor both relay the same message: The flu is here, and it’s our job to help our seniors stay safe.

Beaumont Family and Geriatric Medicine Specialist Peter Schoeps and St. Joseph Mercy Board-Certified Family Medicine Physician Rhonda Gumma share many of the same recommendations to ward off the flu this year including getting the flu shot, washing hands frequently, wearing a mask in public and keeping at least six feet of distance between yourself and others.

Schoeps, who recently lost a patient from a preventable illness due to a fear of coming into the hospital and contracting the coronavirus, adds that he wants seniors to feel safe to come in for a flu shot at the first sign of flu symptoms. “The hospitals have enough PPE (personal protective equipment) now and all coronavirus patients are separated,” he says.

Why is the flu more dangerous for our seniors?

While most young people get and recover from the flu easily, our older population can experience more complications simply because they’re growing older.

“As we age, naturally our immune responses are not as strong and robust as they are when we are younger and this lowers our ability to fight infections,” Gumma says. “Serious consequences of the flu can happen such as secondary infections like pneumonia and bronchitis.”

Pneumonia alone kills roughly 50,000 people in the United States every year and is much more deadly for those 65 and older.

“As we get older the immune system isn’t quite as adept as fighting off infections, and that’s why the senior population has been hit hard by the coronavirus, too,” Schoeps adds.

The higher risk for seniors getting the flu, coupled with their weaker immune response, has prompted doctors to give a “stronger” vaccine to those 64 and up.

“The new development this season is the ‘high dose’ vaccine that we are offering to our 65 and older patients,” Gumma explains. “It’s four times the amount of antigen compared to the regular flu shot. It prompts a stronger immune response, so it’s a lot more protective.”

According to the CDC, flu season usually occurs in the fall and winter, with a peak between December and February, and can extend through to April.

“Usually this time of year it starts slowly. We’ve not seen a big spike yet, but it’s coming,” Schoeps explains, adding that there’s usually a spike in cases around Thanksgiving. “This year it’s particularly important to be careful around Thanksgiving. It’s not the year to have gatherings.”

Getting the flu vaccine is one of the most important ways to prevent the flu, according to both doctors, but so is taking care of your body to strengthen the immune system.

“Getting plenty of rest and eating properly helps our immune system,” Schoeps explains. “People don’t realize how much stress and sleep also make a difference — stress does play a factor in the immune system.”

“It’s really important to have good nutrition, stay active and get good sleep,” Gumma adds. “Early evaluation and treatment is important, too, since there are medications that can be used within a 48-hour time frame.”

Schoeps says the only recommendation change for this year, besides the increased importance of mask wearing, social distancing and handwashing, is to get the flu shot earlier.

“We want to maximize the number of vaccines we give,” he says. “In the past, people were reluctant to get the vaccine, but there are very little side effects — there is slight achiness sometimes, but it’s one of the safest and most well tolerated, especially for seniors.”