Checklist for Taking an Emotional Inventory With Your Aging Parents

As your parent ages and may rely on you more, your dynamics will change. Be mindful of taking an emotional inventory with your aging parents. 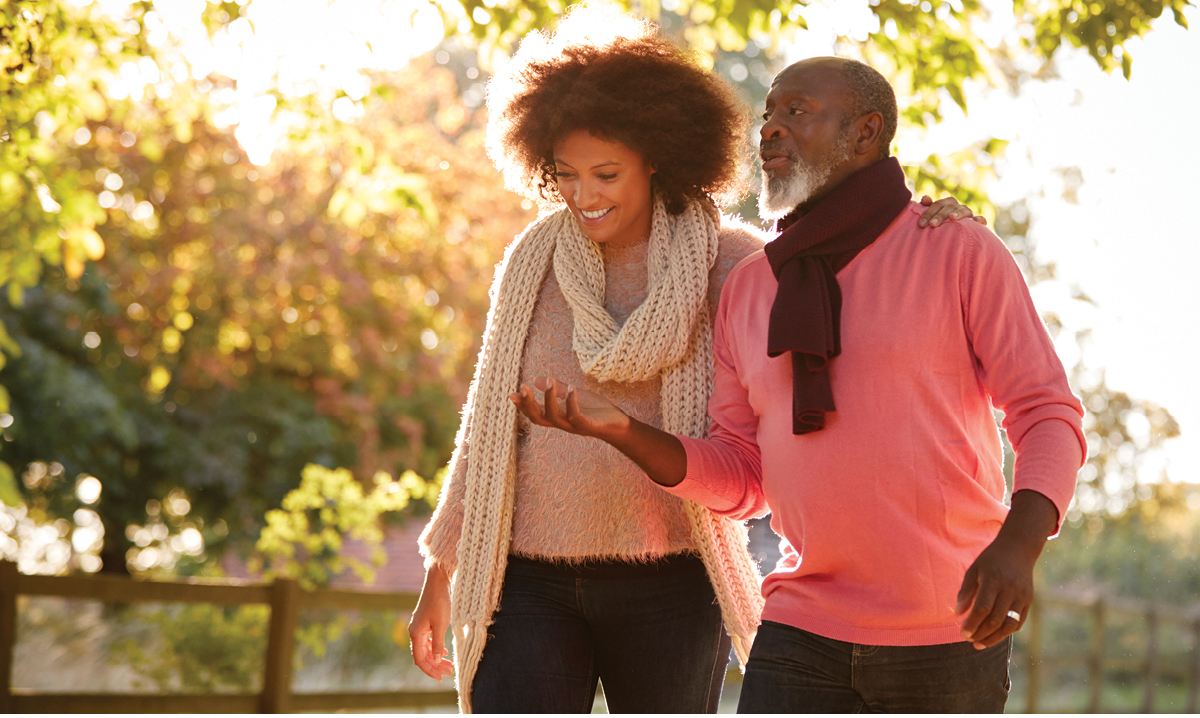 Raising kids is already packed with emotion. But when you’re also helping out, caring for or simply worrying about your aging parents, it’s another level entirely. The role reversal can take a toll on anyone, and studies show that it does.

How can this generation of in-betweens handle the mixed bag of feelings? David Brown, a licensed professional counselor and national certified counselor in Mount Clemens, offers this list of considerations to help ease the process for parents in the sandwich generation.

1. Empathize with your parents

Sometimes it’s easiest to see things from your point of view and yours alone. That’s how aging parents can feel, too.

“I think with aging parents, depending on their age and when they grew up, there’s a lot to do with their pride,” Brown says – such as refusing help from their kids.

They can be stubborn and defiant. After all, they’re used to doing the caring and have a hard time processing these changes or asking for the help they need.

“A client I have right now has an aging mother that is being so demanding and is making her feel guilty about being busy and doing things with her own family,” he says. “It’s making her reluctant to go see her mom.” When this happens, older children often avoid going to see their parents all together – especially if all the parent does is complain about how their child doesn’t see her often enough.

On the other hand, sometimes “older aged parents feel guilty and don’t want to bother you,” Brown says. They may know that their son or daughter has a lot on his or her plate already, and they don’t want to make a big fuss. That’s when older children should try to make time for their parents and show them that they are as important to them, too.

2. Don’t hold on to resentments

“Past hurt that isn’t resolved can be a huge barrier to give the care that’s needed,” Brown says.

It can be hard to let things go, especially if it’s difficult feelings towards your parents that stem from the past. Maybe your childhood wasn’t all that great and you hold resentment. Sometimes you have to be the “bigger person” and let go of the “baggage” that’s holding you back, he says.

“If there’s unresolved trauma or abuse from their past, then the child of that aging parent has a hard time with this,” Brown says. “If that caregiver has adult siblings, then often the aging parents gets tossed around between the siblings.”

It can be equally challenging if only one sibling is the main caregiver.

“Often a woman in the family, but not always, gets to be the primary caregiver,” Brown says. Then, other adult siblings second-guess that person’s decisions – which can also put major strain on the family.

3. Create a safe place for listening

“From my own experience, my dad made risky and poor financial decisions,” Brown says. Later in life, Brown decided to openly listen to his dad explain his choices.

“I was always taught to honor my parents,” Brown says. It’s a struggle for children of aging parents, he concedes, because they feel like no matter what they say, their parent is going to think he or she is right. Yet Brown’s dad was no exception.

“Sometimes being open to agree to disagree,” he says, is the ideal attitude.

There can be tension when speaking with your aging parent. Make a point to begin by complimenting mom or dad to show your gratitude, Brown stresses.

“Say something like, ‘Dad or Mom, I appreciate all the things you did for me,'” he says. “Because sometimes, they don’t express that to their aging parents. You can also give gratitude by saying, ‘I’m really grateful for the sacrifices you made.'”

After this warm start, mindfully segue into what you’d like to talk about.

“Ask them an open-ended question and ask their permission to delve into that subject,” Brown says. This may still be hard for some parents, and they might not want to talk about it. Over time, continue an approach of appreciation and love as you keep broaching tough yet important topics.

5. Be a confidant your parents can open up to

Some topics may be extremely hard for your mother or father to talk to you about.

“Finances and their final wishes,” Brown says, are common culprits. Start with honesty and willingness. Try saying, “I’m not quite sure you are set financially. I know your house is paid off, but what about other debt?” Or, “Did you and dad ever talk about what to do after you’re not here? What can I help you out with?”

It may be a tough topic, but keep in mind it’s probably even harder for your parents to think about leaving you and everyone else behind. Showing you care and are willing to help can create a safe space for mom or dad to gradually open up.

Aging parents are often lonely. Their significant other may have passed away or be living in a nursing home. They may just want someone to talk to and spend time with. It’s important for children to understand this and to make that effort.

“If the aging parent is living alone, just make a regular visit or bring them things for no reason,” Brown says, such as baking and bringing their favorite cookies – or some photos or keepsakes that makes them think of their childhood or yours.

7. Don’t lose yourself in the process

“Self-care is so important,” Brown says. “I like to think about what they say when you’re flying on an airplane – put the oxygen mask on yourself first, so you’re more available to take care of another person.”

This is the same for parents in the sandwich generation. Take time to honor your own emotions and feelings. Create space to do things to recharge you, whether it’s yoga or a night out. How can you expect to take care of your aging parents as well as your kids if you can’t take care of yourself?

Brought to you by Huron-Clinton Metroparks
Read more
Attractions