After the loss of her mom, Cindy La Ferle found solace in an adopted shelter dog named Coco. Here, she tells that story. 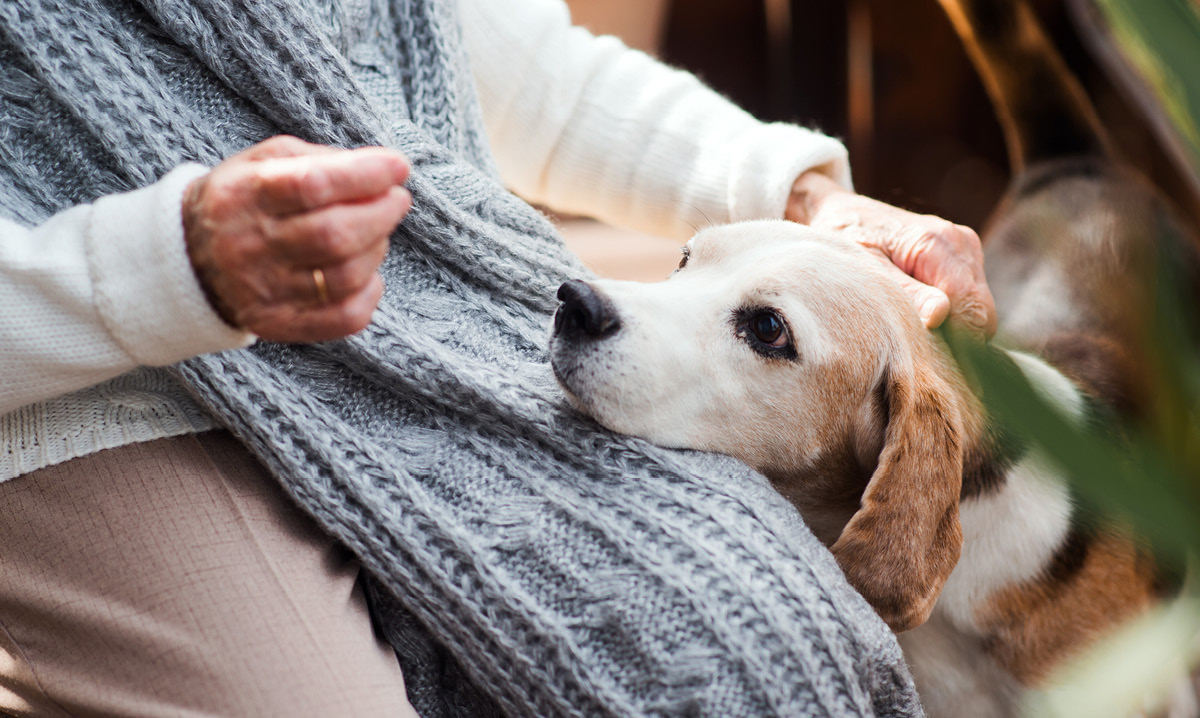 For most of my adult life, I was content to curl up on a couch with two lazy cats while binge-watching television. But that was before one stray dog changed everything.

I’d been carrying a heart-load of grief when I first spotted Coco, a shy German shepherd-retriever mix, at a local animal shelter. Surrounded by a barking chorus of beagles, pit bulls, and terriers, Coco walked toward me as I approached, then gently leaned her head against the cage door.

I knew I had to make room in my home for her.

My mother had died a month earlier after a long battle with heart disease and vascular dementia. I was possessed by the notion that adopting a shelter pet would help heal my loss while filling the extra time that suddenly opened up on my care-giving calendar.

First, I had to convince my husband that we absolutely needed a dog to shepherd us through our senior years. Then I had to convince the folks at the animal shelter that two long-time cat owners could manage a 48-pound canine that hadn’t yet reached maturity. I discovered, after filling out a four-page application, that rescue-pet adoption is just as competitive as any Ivy League university admissions process.

But I refused to take “no” for an answer.

I was also moved by Coco’s harrowing backstory. Scheduled for euthanasia in rural Ohio, she and several other stray dogs had been saved by a volunteer pilot and flown to our community in suburban Detroit.

Still shaken by her turbulent flight when I met her, Coco was seriously underweight and smelled as if she’d just crossed paths with an angry skunk. Even then, you couldn’t have convinced me that she wasn’t the loveliest dog I’d ever met.

Yet it wasn’t until we brought her home that I realized this poor dog needed me as much as I needed her. After several trips to the veterinarian’s office, we learned that Coco’s immune system was seriously compromised, and that she would require a special diet for the rest of her life.

Happily, Coco recovered after a few months of vigilant care. Today, her black and auburn coat sports an elegant sheen, and her ears perk up at the first mention of the phrase, “Let’s go for a walk.” It’s not uncommon for strangers to stop and admire her beauty, or even to inquire about her breed.

As it turns out, our daily strolls with Coco could be adding a few extra years to our lifespan. As reported on MedicalXpress.com, researchers at the University of Missouri found that seniors who owned dogs earned higher marks for fitness.

“Our results showed that dog ownership and walking were related to increases in physical health among older adults,” explained Rebecca Johnson, a professor at the MU College of Veterinary Medicine and director of the Research Center for Human-Animal Interaction at MU.

Furthermore, according to the AARP, dog-owning seniors “have lower blood pressure and lower cholesterol than their petless peers,” which increases our chances of long-term survival after a heart attack.

More than anything, Coco has coaxed me, one step at a time, out of the dense fog of grief that had nearly numbed my heart by the time my mother died.

In our culture, after all, few of us know how to reconcile such difficult losses. All too soon, we’re urged to go about our business as though little had changed; as if we hadn’t stumbled over a huge crater in the middle of the road we’re on.

I’m convinced that dogs, especially shelter dogs, are receptive to human emotion. In our efforts to “rescue” them, we heal the soft, wounded places in our own hearts. In exchange for our care, they offer us unconditional devotion.

Being a dog person

Not long after we adopted Coco, a well-meaning friend reminded me that dog ownership limits your opportunities to travel. Having worked as a sightseeing travel editor in the past, I understood exactly what she meant. But it doesn’t faze me now.

After all these years, I’ve become a dog person. I still adore my cats, but I’ve morphed into a shameless, canine-loving goofball who tears up while watching dog commercials and spends way too much cash on Kong toys.

Nothing matches the thrill of walking my dog under a full moon on a clear winter night, or watching her lean out the car window on warm summer afternoon, ears flying, en route to a local park.

My dog has taught me how to savor the present moment, always reminding me that where I am right now is the absolute best place to be.

Did you like this story? Read how a cat named Max helped another local mom cope with the loss of her mom.