Is your aging parent heading into the wilds of social media? This Farmington mom reflects on when her mom joined Facebook – and taught her a thing or two. 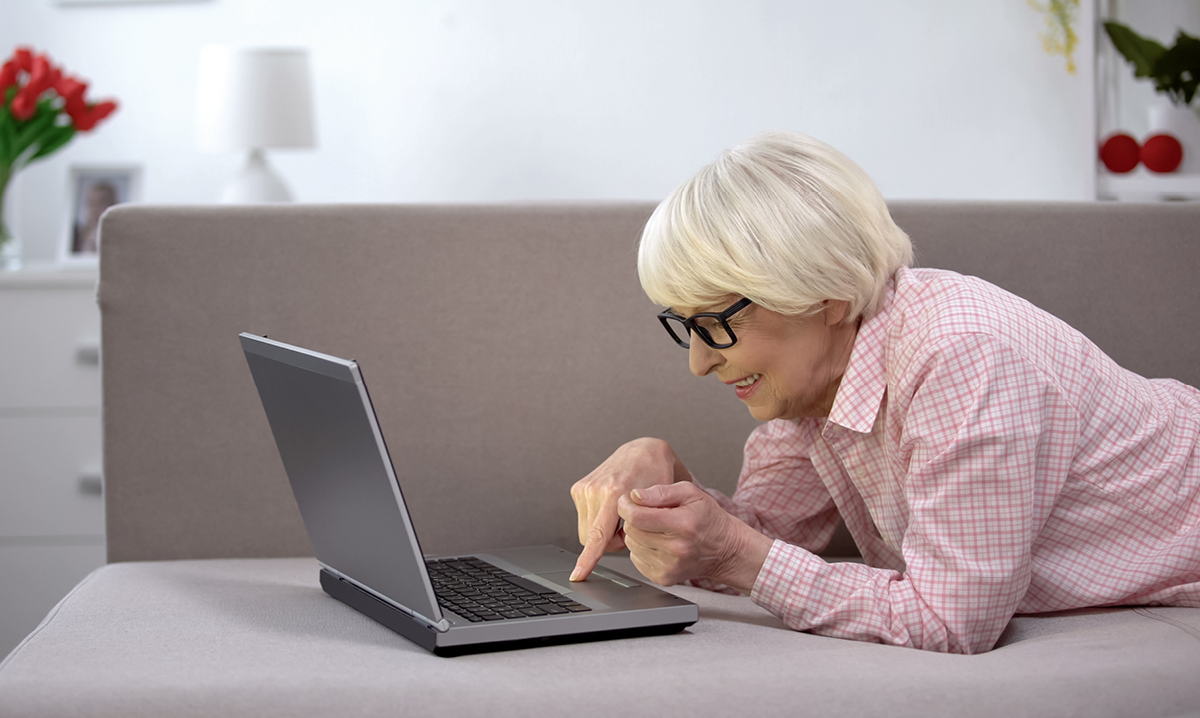 I’ve spent more than a decade on Facebook. I started with good intentions, using it to connect my employer with young people in our target audience. Now, I avoid human contact by scrolling while standing in line at the grocery store, and I even sneak peeks at my screen while I’m out with friends.

I swear, I’m trying to break the habit. And I have a new role model in my 82-year-old mother.

We live 700 miles apart; she’s in Minnesota, I’m in Michigan. We are, for some reason, not phone callers or letter writers. Over the past two years, Facebook has kept us connected.

While my father (who passed in 1998 and missed the Facebook phenomenon) was an early adopter, Mom never did much online. My brothers helped her bookmark a few websites, but she was afraid of clicking the wrong link and either a) getting a computer virus or b) breaking the internet.

That reluctance seemed to vanish after my sister brought her an iPad.

Something about the smaller device made Mom feel more comfortable. She discovered challenging puzzle and game apps, and found the ones that correlated with her favorite websites.

Mom even started sending email via tablet. Those notes were typically shorter – and funnier. “When I saw 2020 it struck me that I’m still living. Good grief.”

As Mom latched on to the new technology, I saw a tool that would keep her mind sharp and give her something interesting to do every day. She still loved to read, especially her Bible, but on visits home, I’d often see her sitting with the iPad on her lap. (While the rest of us futzed around on our phones.)

After my brother set her up on Facebook, though, I worried a little about, well, safety.

Mom is fond of saying she’s “just a little old widowed lady living on Social Security,” which in my mind made her a target for catfishers and scammers of all sorts. I knew the worst of Facebook. I’ve clicked those seemingly innocuous links and found myself inadvertently spreading spam.

Two years later, I’ve come to the conclusion that Mom is either smarter or luckier than me – and probably the former. Even though she quickly (with a few helpful tips from my brother) picked up on how to use it, she doesn’t spend much time on Facebook, but when she does, it’s with a single-minded purpose: to keep up with family and friends, and to help them keep up with her.

“On my constitutional 7 a.m. walk I wore mittens.”

Best of all, she used an entirely appropriate emoji. I laughed out loud.

There have been some … adjustments. I learned the hard way to change the visibility on some of my posts. We don’t agree politically, and let’s face it, Mom doesn’t need to know every detail of my life. But this social media relationship has had benefits that I didn’t expect.

Family members, some even more far flung than me, often tag her when they share photos, and it’s fun to see those pop up in my news feed. I love tagging Mom in photos of her grandchildren and great-grandchildren. She doesn’t see the kids often enough, and I think it helps her feel closer to them. At least, I hope it does.

As I scroll through endless posts about the world’s problems and politics and our drama-laden culture, Mom drops in now and again with a funny comment or to share a memory, and I’m reminded that Facebook can be about more than constant agitation. It can also be a place of connection when we’re far from home and the ones we love.

I hope my children and grandchildren remember that when I’m 82.