Are You a Helicopter Child?

Find out what a helicopter child is and why hovering over your aging parents can cause trouble. Plus, take a quiz to find out if you are one. 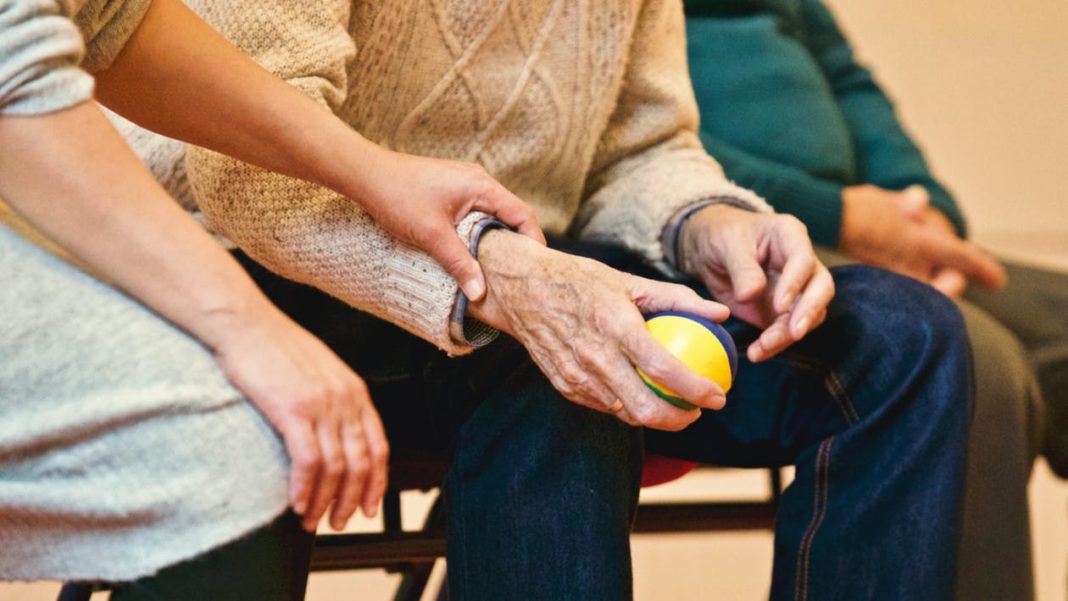 She lives on her own, she proudly drives her own car and she stubbornly refuses help from her grown children.

“She’s had it in her head that caregiving means she’s weak,” says Crumm, the Canton-based co-founder of David Crumm Media LLC. “It’s a real struggle.”

Crumm’s mother-in-law isn’t the only senior wielding her independence like a sword, refusing to give in to even the smallest of helpful gestures.

A study by the Joint Center for Housing Studies of Harvard University found that 75 percent of people over the age of 80 remain in their own homes — even if those homes limit their mobility, leaving them homebound.

The biggest issue appears to be the fear of burdening family, found another study lead by a researcher at the University of Pennsylvania and published in the Journal of Family Nursing. Older adults don’t want to complicate the busy lives of their adult children, they feel guilty about their health problems and they’re distressed that their children are worried about them. That trio of concerns leaves them unable to accept the help they need.

In fact, nearly half of the older adults mentioned the word “burden” when discussing the family involvement in their care, the study found.

What are you supposed to do?

“Anything that feels like we’re going out of our way to help her, she doesn’t want,” Crumm says.

It’s a real problem, especially when the seniors are physically incapable of caring for themselves — but refuse the help they’re offered. So what’s an adult child to do?

Gary Wozniak, a Plymouth-based family medical doctor focusing on geriatrics with the Henry Ford Health System, says it’s an issue that arises again and again with his patients.

“The elderly want to remain independent as long as possible,” Wozniak says. “They worry about being taken out of their home environment, they still see their children as children, and they don’t want to interfere with their lives.”

Wozniak says the best way to convince parents that they should accept help is to do it very slowly. For example, if someone is unable to cook for themselves, start by bringing them a meal once every few days — or popping in to take them out to eat. Wozniak has one patient who brings dinner to her mother daily now.

Crumm has been working on this method with his mother-in-law, and he says it’s working, slowly. She won’t give up her car keys, so instead, Crumm and the rest of the family are relentlessly offering to take her places so she doesn’t have to drive herself. And while she won’t clean out her home that she’s been living in for 60 years, he finds that if someone pops in once or twice a week to help her go through a dresser or a cupboard, she’s willing.

“We focus on smaller goals,” he says.

It’s also important to recognize the way your roles as parent-child are changing and evolving, says Katina Mountanos, mindset coach and author of On Adulting. Parents and their children tend to hold onto their roles they had for the first 18 years – and aging parents find it difficult to change those roles, even when they need help and support.

“I think the most important aspect of moving through these changes is recognizing that these roles exist, although we may never have consciously acknowledged them,” Mountanos says. “From there, parents and their children can communicate their boundaries and work through the give-and-take of mature parent-child relationships.”

Once you establish that your roles are changing, talk to your parent about the reasons why you want to help. You may ask yourself, “What is the baseline level of support that would be most impactful to provide to them?” Mountanos suggests. From there, you can open the conversation with your parent about each of your needs.

Often, the conversation may become frustrating because, in addition to the parent being reluctant to give up independence, many are not able to realistically assess their abilities and limitations, says Iris Waichler, a licensed clinical social worker and author of Role Reversal, How to Take Care of Yourself and Your Aging Parents.

Sometimes, this can be a result of dementia — but often, it has to do with how they’re approached by family members.

People — regardless of their age — don’t like to be told what to do, Waichler says. So try making this a collaboration rather than a confrontation. Tell your parents you’d like to know what their wishes are as they age and may face health issues.

“Be clear you want to do what you can to maximize their quality of life, their independence, and be sure you understand their wishes,” she says.

Are you a Helicopter Child?

It’s totally natural to want to help your aging parents. But are you helping a little too much? Here’s a quick quiz to help you determine your level of helicoptering.

Your parent has a doctor’s appointment. You:

A. Call him to ask if he needs a ride to the appointment.

B. Take him to the appointment and wait outside.

D. You already know he had a doctor’s appointment because you made it for him and you bring him to all his appointments.

2. You are packing your parent’s house in preparation for his move to a retirement home. You:

A. Read a magazine while the packers do their job.

B. Sit next to your parent as you help him pack, making sure to toss anything he doesn’t want or need anymore.

C. You’re doing the packing on your own so you can decide what he needs to keep.

D. You packed him, moved him and unpacked him. You know what he needs and wants.

3. Your parent refuses to give up the car keys even though he really shouldn’t be driving. You:

A. Continue suggesting he stop driving.

B. Offer to take him wherever he needs to go.

D. What car? You sold it on his behalf.

4. You notice that your father stopped wearing his hearing aid. You:

A. Put it next on his nightstand to see if he’ll remember to pop it in.

B. Sit down and have a talk with him to see why he isn’t wearing it anymore.

C. Demand that he put the hearing aid back in so he can hear again.

D. Take him to the doctor and have it placed back in — and see if they could do this permanently.

5. Your parent started wearing T-shirts that you feel are inappropriate. You:

A. Buy some new shirts and integrate them into his dresser.

B. Ask him about his T-shirt choices to see why he’s decided to wear them all of a sudden.

C. Remove the T-shirts from his dresser, and replace them with your selections.

D. He wouldn’t have T-shirts that are inappropriate, as you purchase them all for him.

You’re the opposite of a helicopter child — but you may want to try harder You tend to avoid issues at all costs, but there are times when you’re going to have to speak up and voice your concerns, especially if your parent is attempting something potentially dangerous, such as driving.

You’re doing great at compromising You know when to have a talk with your parent, when to give a little and when to demand that you help. Keep up the good work, but understand that as your parent gets older, you may need to be a little more forceful.

You’re a bit overbearing It’s obvious that you care a lot about your parent and want the best for him, but he may be reluctant to receive the help you’re offering if you’re demanding that he receive it. Instead, you may want to try a gentler approach.

You are a true helicopter child Give your parent options and let him make his own decisions as long as they aren’t dangerous. He deserves to live his life the way he wants to — and he may want your help if you let him decide.

We read Michigan's annual education report so you don't have to. Here's the crucial information parents should know.
Read more
School Issues