Don't expect them to ask for help. They often don't. That's why adult children need to keep alert and recognize the signs aging parents may need help. 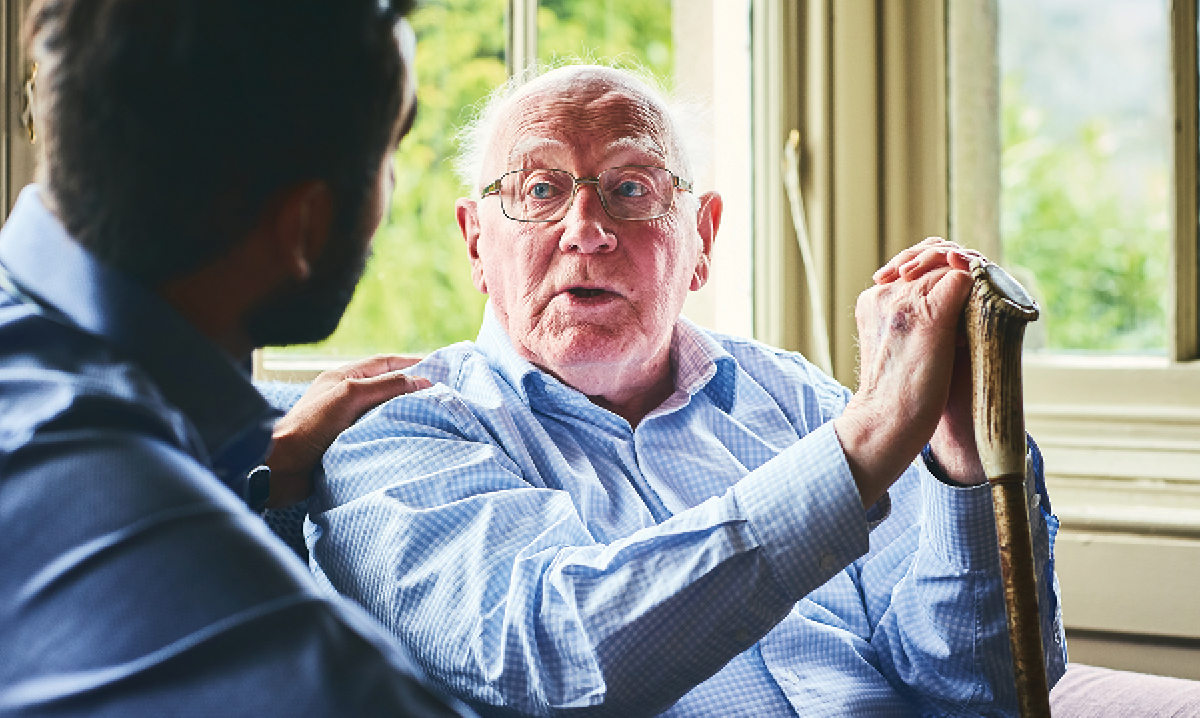 Parents aren’t used to asking their kids for help. It can be an awkward situation for both aging parents and their adult children. This means it’s crucial for those grown-up kids to watch for signs aging parents may need help.

As our parents get older, they’re likely to need added support to maintain their health and lifestyle. And it’s important to notice those signs sooner than later.

Read through the list – and then, discover some gentle ways to jumpstart a conversation with them about their needs.

1. They don’t quite look put together

Some signs may be subtler than others, but overall if your parent just doesn’t seem to be acting as she normally would, it may be a clue that she’s having difficulty taking care of herself.

“Look for changes in their regular behavior,” explains Shawn Bennis, a registered nurse and the C.A.R.E. program coordinator at Henry Ford Health System.

For example, if your mother always has her hair and nails done and all of a sudden she’s lost interest in maintaining her appearance, this could be a sign of an issue.

You might also notice a lack, or lessening, of good hygiene habits. Maybe your dad doesn’t seem to be showering regularly, which may be because he’s afraid of falling in the shower or has difficulties bathing.

Then again, if he has unexplained bruises on his body, those may indicate trouble balancing and walking – or that he’s had a fall.

2. The house is unkempt

Are stacks of mail sitting around their home? Do the floors and living spaces seem dirty?

Your parents’ mobility may be more limited than they’ve told you about – making it more difficult for them to bend over to pick up. Their eyesight may be worsening to the point that they don’t see the dirt or grime.

As far as the mail, they may be confused as to what to do with piles of letters, and leave bills unpaid.

3. Their refrigerator has spoiled food

Take a peek in the fridge – is the majority of the food past its expiration date or showing visible signs of mold? It could be that your parent is having difficulty driving to the grocery store for fresh food.

4. There are dings and dents on their car

Your parent may not be ready to admit that she’s not able to drive safely. Scrapes on her car may signal that she’s having difficulty parking her car properly, due to poor vision or lessening fine motor skills.

You might consider going for a drive with your parent to assess her driving skills firsthand.

5. They aren’t taking their medication

Figuring out whether your parent is taking his medications on time and in the right dosage can be difficult.

This may take a little detective work, such as taking a peek at your parent’s medications. If the bottles are full, or his pillbox seems untouched, that may indicate he’s been forgetting to take his medications.

6. There’s a significant change in their social behavior

“When there’s a lack of interest in doing activities they once really liked to do, that might be a cause for concern,” notes Bennis. “If they were really active in the community a year ago, or a few months ago, and they’re not any longer, that’s something to look for.”

Conversely, if your parent has never been interested in going to a senior or community center, you shouldn’t expect that they’ll automatically start going once they reach a certain age.

7. They are becoming forgetful

Does your parent have duplicates of several grocery or other items? Does she forget something she just told you over the phone the next time you chat?

Dementia affects about 10.5 percent of those ages 65 and older, according to a report published in The Journals of Gerontology.