Gone With The Breeze at Depot Theatre in Clarkston 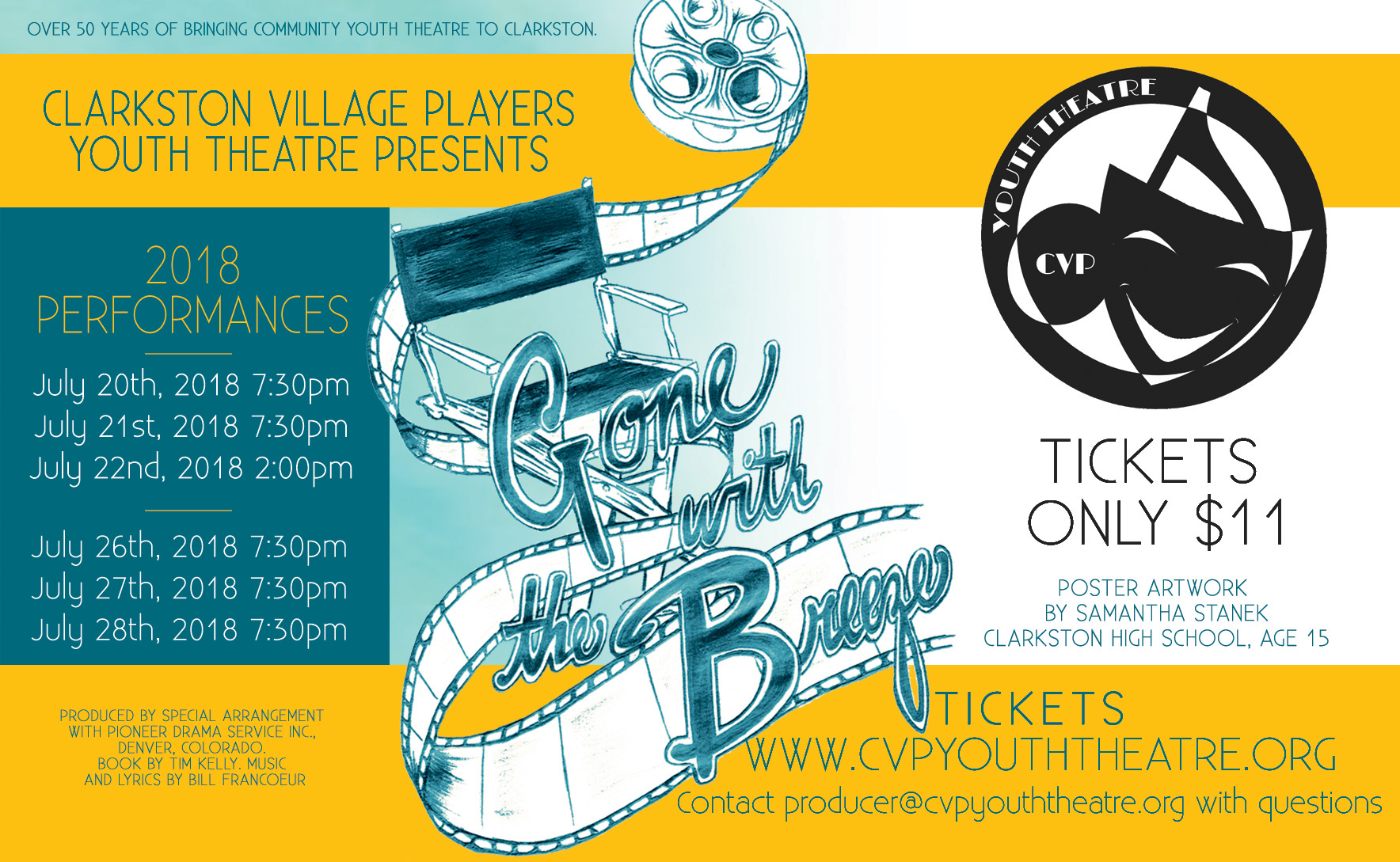 Excerpt from Phil Custodio; The Clarkston News: The young performers of Clarkston Village Players’ Youth Theater are spending these hot summer weeks preparing for their musical production, "Gone With The Breeze."

Excerpt from Phil Custodio; The Clarkston News: The young performers of Clarkston Village Players’ Youth Theater are spending these hot summer weeks preparing for their musical production, “Gone With The Breeze.” The play tells the story of Hollywood’s Lone Pine Films planning to adapt the sensational new novel, “Gone With The Breeze,” with its heroine, spunky 18-year-old Jezebel O’Toole, to the silver screen, attracting hundreds of aspiring young actresses to the studio.

The studio already knows they’ll cast Peggy Tempest, played by Haley Phillips, for Jezebel’s part. She’s the most powerful star in town and will guarantee a hit, but she’s also the most temperamental one.
To keep her in line, producers Ruth Wintersole, played by Reilly Kerrigan, and Brady Stewart’s Huckleberry Jones pretend they want an “unknown” for the part. With a few hilarious hiccups along the way, the scheme appears to work. It isn’t until Lone Pine films find out they don’t actually have the rights to the film and the author of the novel shows up that things really get interesting. You’ll laugh and dance in your seats to songs like “Fax Me A Kiss” and “Give a Lawyer a Hug.”