Camp friendships have a strong hold on children. Not only do they meet new people who set the tone for the friendships they make later in life, the unfamiliar atmosphere of camp also lets them break out of stereotypes, develop new confidence and meet kids they might never otherwise know.

According to exit surveys of campers by the American Camp Association, an accrediting body for summer camps, more than 90 percent of kids say camp helped them make new friends, 93 percent said camp helped them get to know kids who are different from them, and 92 percent said the people at camp made them feel good about themselves.

For some kids, making friends is as easy as introducing themselves to anyone around them. For others, it’s a little tougher to come out of their shells and form connections. Parents of those shyer kids might be most uncomfortable about sending their kids off on their own for a week – but it’s those kids who can most benefit from the supportive environment at camp.

“If kids have a hard time with friendships and they go to camp and become good friends with two or three other kids, they can go back to school with the knowledge that ‘this works for me’ – that they like having friendships,” says David Long, who’s served as chair of the Michigan section of the American Camp Association’s Council of Leaders and director of Wildwood Ranch camp in Howell. “They’re not going to retreat into their shell so much, because they had that positive experience.”

Campers do most of their activities with their cabin mates, generally small groups of 12-15 kids, so they begin to feel a sense of teamwork and togetherness that helps foster friendships.

“Our whole goal is to work together in developing community,” says Suzanne Bates, director of Camp Westminster in Higgins Lake. “When they first get here on Sunday in their small groups, we do a lot of activities to get them to know each other right away, and they decide what they are going to do during the week together.”

Counselors are trained to help break the ice between kids and draw out children who are less socially adept. “We work on those skills at camp, about how to reach out to others and what appropriate behavior is,” says Douglas Grimm, formerly vice president of camping services for the YMCA of Metropolitan Detroit. “We work with them even to the point of doing small group work, where we talk about favorite interests” – and connect kids who share them.

Getting out of the box

Kids tend to carry a lot of labels in their day-to-day lives: the nerd, the jock, the troublemaker, the brainiac. Teachers, other kids – even parents – too often view young people by these narrow definitions. That can make it hard for kids to define themselves, or branch out and develop new interests. Maybe the nerd really wants to try a sport but is afraid he’ll be laughed off before he even tries, or the troublemaker is hiding a sensitive side.

“That’s always been true at camp,” says Grimm. “Every kid gets a fresh start because they all have labels, but at camp they just don’t have those – and we work at not developing those.”

The new environment makes a huge difference to kids who may really struggle with others’ perceptions of them at school or in their neighborhoods, Bates says. “When kids get here, they’re in a whole different environment. They can let go of the preconceptions and things at school.”

Independence in a new environment

Let’s face it, moms and dads: Many, perhaps most, of us, can be a tad hovering when it comes to our precious darlings. It can be hard to let our kids explore without constant supervision. But they need the chance to try things outside our watchful gaze to really develop a sense of competence.

And some of the things they’ll try at camp let them challenge themselves in a way that might lead us to swoop in and “rescue” them if we were there to see it: “My kid who hates even being in a bathtub paddling a canoe? No thanks!” But facing down their fears in a safe environment like camp – among caring, responsible adults who are not you – allows your child to grow. And trying those things with other kids can form friendships very fast.

“The unique thing about camp is that the kids are in an environment without their parents. For some kids, this is the first time they have interacted with others on their own,” Grimm says. “Being at camp for six nights, or two to three weeks, without mom and dad really lends itself to social development.”

Of course, part of the reason camp helps kids stretch their boundaries is because they can do so in a controlled environment. Camps are staffed by licensed adults who are skilled at keeping kids safe; at the same time, kids get the chance to do things they’d never get to do in their normal lives, usually while out in nature. It’s that kind of excitement and challenge that helps kids form quick and supportive bonds.

“Friendships develop as they experience positive things together – shared time, but also riding a horse for the first time or jumping off a 40-foot climbing tower,” Long says. “When they go back to their cabins at the end of each day having shared these experiences, they really become fast friends – it accelerates that process.”

Another benefit of camp is that it lets kids who would never otherwise meet a chance to get to know each other on an equal footing. Camps draw from all over the metro area at least; some from all over the United States. This allows campers to mingle with kids from different backgrounds and areas, and gives perspective that the world is bigger than their little corner.

Counselors, too, come from all over the globe to work at camps, which gives kids an interest in the world since they have a strong bond with someone from another country. “When children meet people who are very different from them, it’s a wonderful laboratory for life,” Bates says. “They are safe and protected while they learn to get along with all different people.”

Camp friendships can be an important part of children’s development – and can have effects well after the memories of camp have faded.

“Camp is all about helping kids learn how to build relationships,” says Grimm. “If everyone knew how to treat one another with respect, we would not have problems we have. It starts at camp.”

Has your kid had a positive experience making friends at camp? Share the story in the comments! 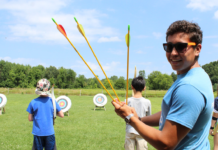 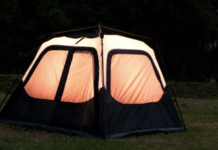