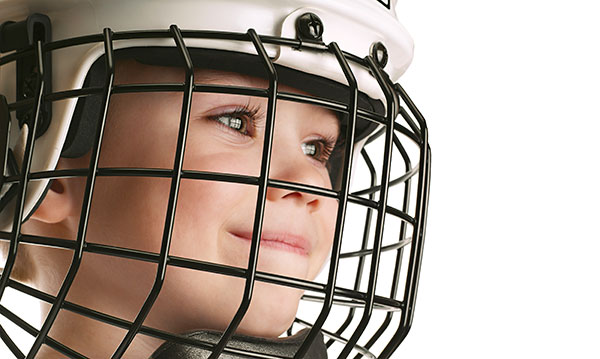 Hockey is a fun, high-energy team sport for kids. But it’s not cheap. The costs for helmets, shoulder pads, shin guards and other equipment can rack up. And don’t forget team rink time, which can average $275 per hour.

In its first full season, a local nonprofit wants to change that. The East Side Hockey Foundation starts up its affordable, accessible offerings Sept. 9. It’s aimed at youth in Detroit, Harper Woods, Eastpointe, St. Clair Shores and nearby cities.

“Our goal is to increase hockey participation on the east side,” says board president Brian Francis. “What we really want to do is find the kids that can’t play.”

Those kids get their shot thanks to ESHF subsidies. The foundation funds the “Learn to Play Hockey 8U” program for ages 3-8 offered by Bulldogs Hockey Club, based at a Detroit ice rink ESHF bought in 2014 (formerly the Grosse Pointe Community Rink. Ice costs are slashed by at least 72 percent to as low as $75 per hour. It’s also provided over 200 sets of equipment to kids.

Kids can sample the sport, gear provided, at several “Try Hockey for Free Day” dates this season. Or give ESHF a call to arrange a time.

“From there, if they want to sign up, they basically pay the prorated amount for whatever is left in the season,” says Francis, “and the foundation will step up and help the kids who don’t have the ability to play regardless of costs.” With the ESHF, those rates typically range from $500 per season for kids 8 and under to $3,500-plus for higher levels.

Programs, which go till March, include “learn to play,” house and travel teams. Prices depend on number of days played per week (up to three for younger kids). Plus, 20 kids in need skate away with full scholarships through high school.

It’s a unique game filled with life lessons, adds Francis, who lives in Grosse Pointe Farms and plays hockey himself – along with his kids Charlie, 16 and Kelsie, 13. “It doesn’t matter how fast you are,” he says. “Hockey’s the one sport where hard work can trump talent.”