From the November 2016 magazine

A couple of years ago, I had a really insightful conversation with a friend/colleague about race. My side gig as the associate publisher of Metro Parent’s sister publication, BLAC Detroit magazine, often affords me this privilege, and I truly consider it just that. But this particular conversation was a revelation for us both. I had commented to this friend/colleague, the former editor of BLAC, that I was embarrassed as a white person by the verdict in the Trayvon Martin case. That this mostly white jury didn’t see that George Zimmerman took this young man’s life for no reason other than his race was not only appalling to me, it set us back. It promulgated the idea that white people will ignore an obvious injustice to protect one of their own.

When I shared the shame I felt as a white person, Emell, the former editor, reacted with surprise. “White people feel that way too?” he said. He explained that black people also worry about the things in the news that reinforce stereotypes about them. When some white woman turns up dead in the city, they feel bad and then mentally pivot to this hope: Please don’t let her murderer be black. The fear that we are judged by the worst of us is universal, it seems. And it’s not totally unjustified.

Consider those who are Muslim. Right now with the rise of ISIS and the stories of some rogue, misguided people who shoot up nightclubs in Miami or set bombs in New York, it’s not easy being Muslim. But why?

We should be able to understand not all Muslims are terrorists. After all, we don’t want to be judged by the worst of our tribe, whatever that tribe may be. And yet we often forget to extend the same benefit of the doubt to others.

In this issue of Metro Parent, we talk to some local Muslim families about what it’s been like in our current contentious climate, where political candidates are suggesting they be banned from this country or that their neighborhoods should be patrolled or that they aren’t doing enough to report suspicious activities. What does it feel like, as a law-abiding Muslim family that’s just trying to balance after-school activities and homework and chores and bills like everyone else? What do you say to your kids who hear these words and fear that they’ll have to move from the only home they’ve ever known? How do you explain that there are some extremists who do some terrible things that are not representative of you and your religion? And what would you say to the non-Muslims who view you with skepticism and fear?

We in metro Detroit with our huge Muslim population are luckier than most, I think. The best defense of fear and prejudice is familiarity. It’s hard to hate a group when they are your neighbors, when your kids play with theirs. Through these daily interactions we see our shared humanity. The “otherness” seems so small as we are reminded that we are part of a larger tribe: Americans. And together, we can fight the worst in our society who are defined not by their race or religion but by their awful actions. 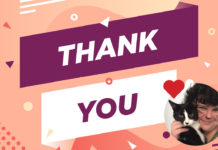