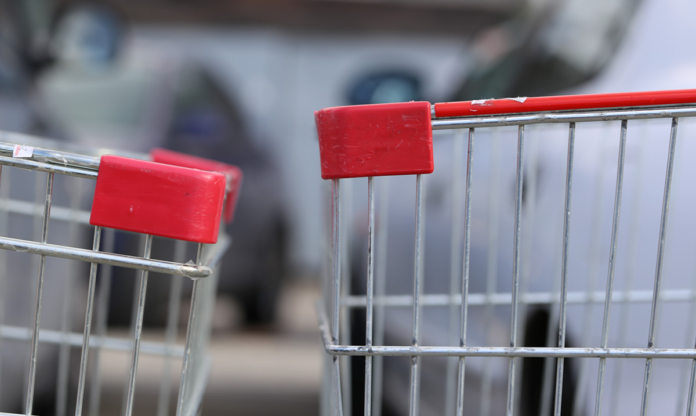 Sometimes the smallest interactions are so illustrative of a big picture problem.

I had one of those seemingly small incidents at Costco of all places a few weeks ago. As we all know, heading to Costco lately is not as fun as it once was. Gone is the leisurely pace of perusing the aisles. Now most of us head there with a beeline determination to find paper towels, toilet paper and the holy grail of our pandemic times — disinfectant wipes.

On this sweet day when I nabbed two out of three, I was lingering in the produce aisle. I parked my cart in one aisle and got lured over to the avocados, where I was trying to decide if I could really get through a whole Costco-size bag. When a woman came down the aisle where my cart was blocking her, I immediately realized and trotted over to move it. “So sorry about that,” I said — sincerely.

I truly felt bad. Not “had-an-affair-with-her-husband” bad or “accidentally-hit-her-car-in-the-parking-lot” bad, but bad. I had a lapse in being a good co-shopper and blocked her way. I know that can be annoying and I moved my cart as fast as I could and apologized.

But this woman wasn’t having it.

With a fury that seemed to come from the Dante’s Inferno of her soul, she let me have it. It’s a family magazine, so I won’t relay the exact venom she spewed, but believe me when I tell you, you would have thought she’d just caught me flagrante delicto at a Red Roof Inn with her husband.

I was honestly taken aback by her response to such a minor misdeed. I stared at her in shock and said something like, “Seriously? It was THAT bad?”

She said nothing, just rolled away in a blaze of indignation.

Where was her grace? Clearly, her fuse is short and her ability to forgive — even some minor affront — is impaired. She’s not alone. We are living in a tough time that is bringing out the best and, yes, the worst in us. And one of those casualties seems to be the spirit of forgiveness and comity.

We’ve lost track of the truth in the expression, “To err is human; to forgive, divine.”

And that’s bad. No matter what the offense — large or small — holding on to anger and resentment takes a toll on everyone involved. Honestly, perhaps most of all for the one who isn’t capable of forgiving.

In this issue of Metro Parent, we dive into the importance of forgiveness in our current time in particular and why we need to work harder to give people the benefit of the doubt and accept each other’s imperfections. If not for humanity at large, then for ourselves.

Later on, I ran into that angry Costco lady again. I was trying to cross aisles, but she was standing with her cart, looking at her list, oblivious that she was blocking traffic. I stood there for a few seconds feeling pretty smug at the full circle of it all.

When she looked up, she noticed she was blocking me, then averted her eyes and tried to hustle off. I called after her, “That’s OK, I forgive you!” And I meant it — sincerely.