“When I lost my son, my whole world ended,” Ella, 61, of Ypsilanti told Metro Parent. Yet she was pelted by six and seven calls a day from collectors. So Ella mounted a Change.org petition in September of 2012 to get the loan forgiven.

Ella targeted loan owner First Marblehead Corporation and American Education Services. In her plea, she posted a heart-rending letter, to which petitioners signed their name.

“I’m horrified at your institution’s practice of hounding a dead student’s family for repayment of student loans he’ll never get a chance to use,” the note said, in part. “I’m calling on you to do the only humane thing – let this still-grieving mother mourn the loss of her only son in peace.”

By early 2013, it had topped 204,000 signatures. Luckily, before that point, syndicated radio host Tom Joyner paid off the loan on behalf of Jermaine – who was studying music production and left behind a 2-year-old son.

Despite her personal success, “I’m not going to stop the fight,” Ella said to Metro Parent. “There are other parents hurting and suffering. The law needs to change, and people need to know how bad these private loans are.”

You can add your name to support Ella’s petition at the Change.org site. 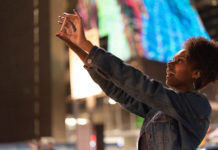