What began as a mom’s passion to poise her three kids for homeschool success turned into a business venture that brought many other families on board, too.

“Hybrid homeschooling may be the wave of the future,” says Lindsey VanDaele of Rochester Hills mom says. “It’s exciting to see so many families impacted in a positive way.”

VanDaele made homeschooling more integrated for her own children – now ages, 6, 8 and 10 – by co-founding Rochester Hills-based HighPoint Hybrid Academy in 2017. True to its name, students learn in two settings: at home and, two days a week, in a tuition-based “school” that covers guided home-based learning.

“Now it’s a massive thing,” VanDaele says. “It’s grown tremendously in three years,” from 100 students at launch to 360 K-12 youth today. It has two programs in Rochester and one each in Clarkston, Clinton Township and Wyandotte.

VanDaele’s academy evolved from the experience. She was initially intimidated by homeschooling but has since been emboldened while paving the way for others.

“I wanted to spend more quality time with my kids. I felt like school got them for the best hours of the day, and I got the leftovers,” VanDaele says.

The hybrid education model equips parents to be involved with their child’s learning process – without them preparing lessons or projects.

When searching for education options online, VanDaele discovered a Texas-based hybrid school’s website in 2016 that was a part-time school and part-time homeschooling mix. VanDaele felt inspired to launch a similar program for homeschooling in Michigan.

She connected with Tarla Gernert, owner of Homeschool Connections in metro Detroit. From there, she and her husband Don VanDaele, launched HighPoint Hybrid Academy.

The secular HighPoint covers traditional school subjects. Teachers assign homeschool work for students to do on the non-homeschool days.

“Think of it as part-time school and part-time homeschool with two days on campus,” VanDaele says.

The school meets for six-and-a-half hours those two days. Classes are usually 8:45 a.m. to 3:15 p.m., give or take 15 minutes depending on the campus, she adds. HighPoint also meets in churches across metro Detroit a few days a week during non-peak hours.

The academy has 32 teachers, 10 campus coordinators and five administrators. A total of 95% of HighPoint Hybrid Academy teachers have teaching degrees and have taught in public or private school classrooms before – some even at college level.

“Additionally, all of our parents in metro Detroit have the option to choose to partner with Clarkston Community Schools to receive funding to pay for the tuition for our two-day program. This is a brand-new partnership,” VanDaele says, adding that the goal is to expand throughout metro Detroit and beyond.

“We have found that people want flexibility and more time for their children to discover and pursue their passions,” she says.

How to Homeschool in Michigan 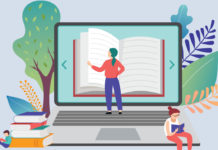 A Parent’s Guide to School Online