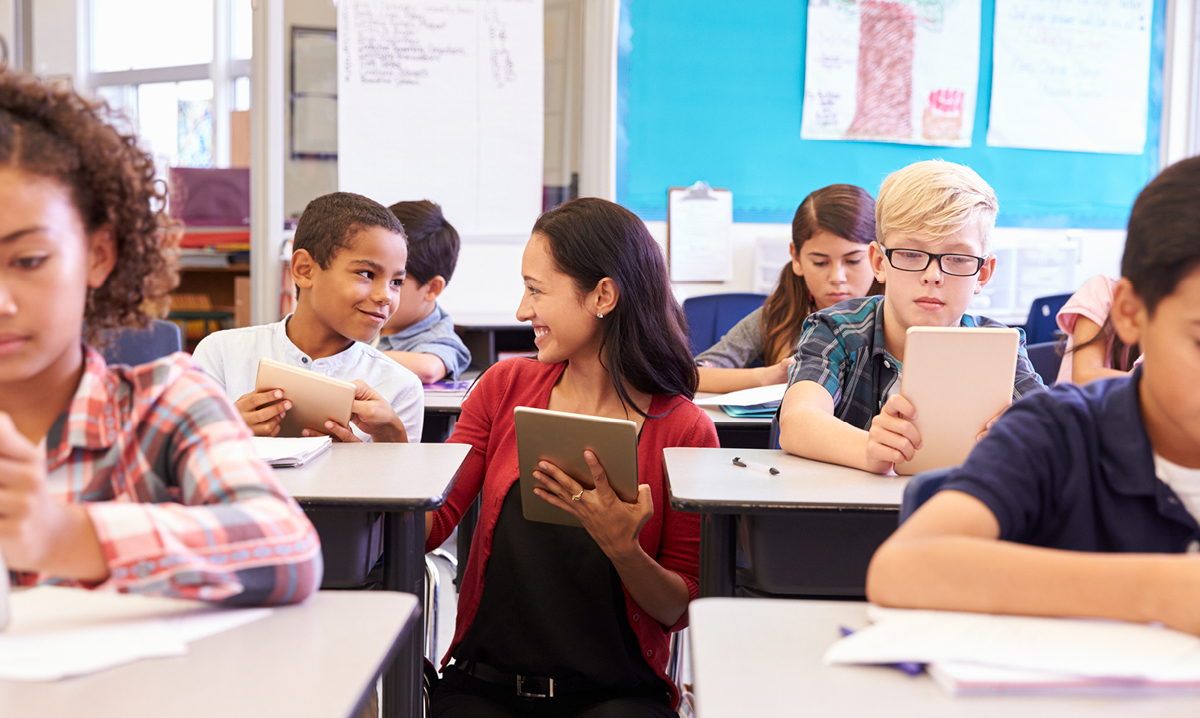 In her earlier years as a science teacher at The Roeper School, Dianne O’Connor received a drawing of a red tulip from one of her students. The small gesture was a huge step for the boy, who was previously hesitant to draw. It wasn’t a lack of skill that gave him pause, but his perfectionistic nature – often a common characteristic of a gifted child – that kept him from expressing himself artistically.

One day, while out with her class in the school garden, O’Connor called her students over to see the first tulip of spring. Later that day, the boy slipped her a piece of paper with the drawing of that same tulip from the garden. It was a huge moment of growth that was brought on by the level of comfort the child had with O’Connor.

“I think that’s an example of what having those relationships with your students can do in terms of their growth as students and willingness to be open and try something new,” O’Connor says.

That’s why the teachers at The Roeper School, which has locations in Birmingham and Bloomfield Hills, are dedicated to nurturing relationships with each student. These positive relationships enhance a student’s overall learning experience.

“One of the strengths of Roeper is the types of relationships that teachers and students have together, the way that’s cultivated,” O’Connor says. “It’s just a very important aspect of creating classroom communities where there’s a sense of trust. And we look at it as a partnership – that we are partners in education and we both are learning.

“It’s the essence of good education to have that kind of relationship with your students.”

Through small class sizes, teachers at The Roeper School not only offer individualized instruction, but they also have more opportunity to build those relationships with their students.

Students’ voices are heard and respected in class, O’Connor adds. Children are encouraged to take risks and are given opportunities to participate in things that spark their interest.

“We really encourage our kids to engage in their areas of passion because that teaches them the skills to persevere, to really think outside of the box, to be innovative and creative,” says Leslie Hosey, the Lower School Director.

Beyond that, teachers at The Roeper School are life-long learners themselves who aim to focus on teaching students – not subjects.

“I think sometimes you think of teachers as being somewhat sterile and not really relating to their students and all they care about is the subject,” O’Connor says. That’s not the case at The Roeper School. In fact, teachers constantly strive to keep their gifted students engaged and avoid being boring, flat or repetitive in their teaching styles.

Two teachers are present in each Lower School classroom, and students spend two years with the same teachers. This, Hosey says, gives older students the opportunity to learn leadership, mentor younger children and use some real communication and social skills.

And because gifted students learn their foundational skills quickly, Hosey says the teachers at The Roeper School focus on skills that are often overlooked in traditional classroom settings.

“We’re more concerned about children learning those 21st century skills – how to collaborate, how to work together, how to problem solve, how to take someone else’s perspective in solving issues or understanding more complex issues. So it’s not an environment where we’re focused on kids just learning facts and proving that they know them,” Hosey says. “It really is an environment that focuses on developing these critical thinking skills.”

For more information on The Roeper School, visit roeper.org.