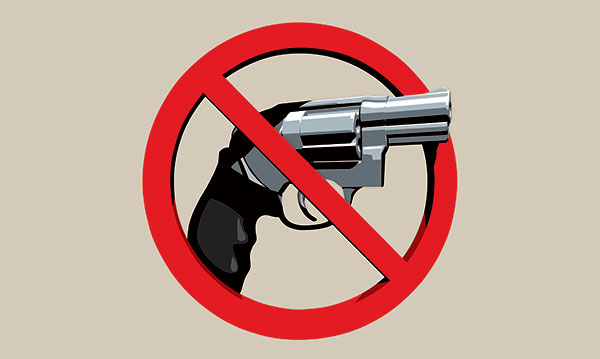 The Michigan Court of Appeals ruled unanimously in December to uphold a district policy that made all of its school properties weapon-free zones, according to a statement from the district.

“The presence of guns in schools runs contrary to everything we are wired for in education, and is counterproductive to maintaining a rich, productive and healthy learning environment for our children,” Ann Arbor Public Schools superintendent Jeanice Kerr Swift said in the statement. “We are pleased that the court has ruled in favor of our position that puts the safety of children first.”

The controversial issue came up in March 2015 when a parent in the district openly carried a gun into a choir concert, causing concern among others at the concert. While Michigan bans concealed weapons in schools, people with concealed pistol licenses are allowed to openly carry them in schools.

In response to that incident, the Ann Arbor Public Schools Board of Education voted the following month to ban dangerous weapons, including guns, from school buildings, MLive reported. A district parent and the Michigan Gun Owners organization then sued the district but a Washtenaw Circuit Court judge supported policy.

Jim Makowski, the attorney for Michigan Gun Owners, told the Detroit Free Press last month that they “are definitely going to be appealing” the new Michigan Court of Appeals ruling to the Michigan Supreme Court.

The Michigan Court of Appeals also voted to reverse a circuit court ruling in a similar case against the Clio Area School District, located in Genesee County, MLive.com reports. The new ruling upholds that district’s ban on guns after the district was sued for denying a parent access to his child’s elementary school while the parent was openly carrying a pistol.

“These four words telegraph an unmistakable objective regarding guns and schools; indeed, we find it hard to imagine a more straightforward expression of legislative will,” the ruling explains. “The Legislature contemplated that this repeatedly invoked phrase would be interpreted to mean exactly what it says – no weapons are allowed in schools.”

The ruling also noted that allowing the ban means less interruption for students, stating that “the AAPS policy ensures that the learning environment remains uninterrupted by the invocation of emergency procedures, which would surely be required each and every time a weapon is openly carried by a citizen into a school building.”

You can read the full ruling here.

What do you think of the ruling? Should schools be allowed to ban openly carried weapons at school buildings and events? Tell us in the comments.