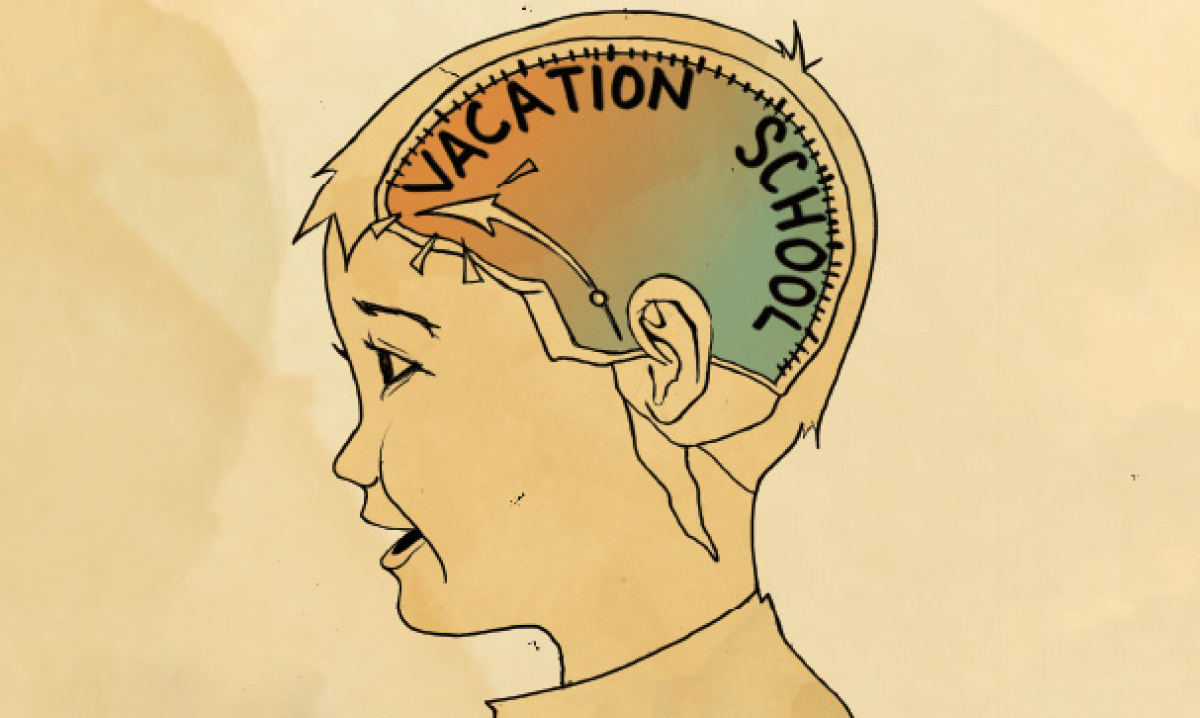 Another school year is just around the corner, which means it’s almost time to trade those beach balls in for backpacks and breathe in the smell of freshly sharpened pencils. Trouble is, no matter how psyched for school a kid is, there is a natural tendency to resist getting back to the regular routine of reading, writing and ‘rithmetic. Here are three steps to switch your child’s mental gears to going-back-to-school time!

Prepare for the school slumber routine

As we move from one season to another, it can be hard to count sheep with the sun still out – and even harder to rise without any shine. Still, waiting until the first day of school to get kids into bed by 9 p.m. and up again at 7 a.m. will only shock their biological clocks and have them crankier in the morning.

Dr. Alexis Balomenos, a pediatrician with Tender Care Pediatrics in New Haven, recommends that parents start easing their kids into regular sleep schedules about two weeks before school starts. “Do it gradually every day in 15 minute increments,” she suggests. “Start getting them up at 8:30 the first day, 8:15 the next and so on until they’re up when they need to be.”

To help them feel their best (and stay awake in class!), the National Sleep Foundation offers the following tips to establish healthy sleep routines.

Set an alarm to go off about a half-hour before bedtime and block off this time for brushing teeth, dressing for bed and winding down with a book. Getting into such a routine will help cue sleep time in the future and make bedtime easier for even the fussiest sleepers.

Avoid using weekends to slack off on sleep or catch-up from the week. “If they’re going to sleep in on Saturday morning, keep it at an hour tops,” Balomenos recommends; otherwise, Monday mornings will be a lot harder to wake up to.

As a family, set a time for all televisions, video games and computers to be turned off before bed, so earlier sleepers won’t feel like they’re missing out on the night (and maybe everyone will start getting enough rest).

Too anxious to sleep? Talk it out. If your child’s mind is frantic with first-day worries, talk to him about what makes him nervous and try turning each worry into something positive. Feeling too bummed summer’s over? Have your child write a list of all the good things he or she enjoyed about the vacation; then balance it out with all the things to look forward to in the school year (science fairs? Homecoming dances?).

If “I’m not sleepy yet!” sounds familiar, encourage regular exercise during the day. Taking an afternoon bike ride or family jog may help restless sleepers doze off easier in the evening. Just make sure any physical activities take place at least three hours before bedtime.

Preschool- and elementary-age children need 11-13 hours of sleep daily, according to the National Sleep Foundation. As your child gets older and homework loads increase, it may be tempting for them to stay up past midnight scrambling to finish papers before for class the next morning, but don’t allow it.

“On average, most teens are only getting five to six hours of sleep,” Balomenos says. That’s about two hours short of what the NSF deems necessary for tweens (9-11 hours a night) and high-schoolers (8 1/2-9). Remember: A lack of sleep not only can greatly affect your child’s mood; it also hurts his or her academic performance and may lead to weight gain, according to recent studies.

Amp up their a.m. energy

Now that they’ve got enough sleep, how do you keep the kids powered up until the school bell rings? Before it’s breakfast time and they’re already bored, try replacing morning chaos with these fun ideas that’ll fuel them to get up and get ready.

The day before school starts, have your child round up her favorite upbeat songs to burn onto a CD that she can pop into the player first thing out of bed. This’ll not only get her energetic (even if only a little!), but it’ll help ward off any early-morning blues.

Still a little grouchy when the alarm goes off? Let her make a “joke jar.” Find an old jar (she can even decorate it if she pleases) and have your child write down tongue twisters, jokes, riddles or funny summer memories on slips of paper; then, mix the slips up in the jar. While she brushes her teeth or eats her cereal, let her pull from the jar for a little something to start the day off with a laugh.

Make it a competition

Turn morning routines into a friendly race between you and your child or among siblings. Whoever is ready at the door, backpack in hand (and bed made neatly!) gets an extra 15 minutes of television time or some other reward. Have kids try beating their personal goals each week and soon they’ll be yelling for you to hurry up.

Prep the night before

Robin McClure of Texas, author of six parenting books and mom of three, says on About.com that planning all outfits the night before is key to preventing any last-minute fuss and fumbling the next morning. “Clothing, down to clean socks, underwear, shoes and even matching hair accessories should be laid out each night before bed … and no changes allowed once your child’s head hits the pillow!” McClure also suggests designating an “essentials” area for all keys, phones, purses and backpacks (including finished assignments and any signed papers) to eliminate the “Oops, I forgot … ” halfway to the bus stop.

Put a positive spin on change

Whether kids are leaving elementary school and starting junior high or moving on from high school freshman to sophisticated sophomore, a new school year means change. And because of this change, many students will approach September with apprehension and furrowed brows. As old friends go to different schools and teachers get tougher, new learning environments can be intimidating for any student. Even the most confident kids may still be worrying about speaking up in a class full of strangers or wandering new halls.

Dr. Daniel Klein, director of the Child and Family Solutions Center in Farmington Hills, says the best way get your child optimistic about the new year is to highlight her successes from the year before. “Find your child’s strengths, whether social or academic, and remind them about how good it felt after succeeding at something the previous school year,” he suggests. If your child is still jittery about starting classes again, remind her that her first day fretting is common. “Normalize the situation by letting them know that everyone feels this way and shares the same concerns.”

If they’re not sure how to go about meeting new friends, make a deal with them that for the first week of school they must introduce themselves to someone new each day. Have them start by finding something in common (“Hey, I love your One Direction T-shirt! Did you go to their concert over the summer?”) Or strike up a conversation with something as simple as “I heard this teacher’s pretty funny; have you had him before?” Remind your kids that after they break the ice once, it’s not so hard (or scary!) the second time.

So they’re worried about losing old friends? Throw a little end-of-summer reunion. During the last week of vacation, have your child invite his or her closest friends over for a back-to-school party. Serve up yummy cafeteria classics like mac and cheese or a salad bar, and hand out cool pencils or mini note pads as party favors. Let them swap summer stories and class schedules and show off new school supplies. If they’re bummed out that different classes means less time hanging out together, suggest regular movie or pizza nights for catching up and keeping in touch.

Let your child know that every year is an opportunity to try something new. Clinical social worker and therapist Miriam Jaffa of Ann Arbor suggests collaborating with your child during this process: “For older children, have them gather the necessary information first – who to contact for soccer tryouts, dates of theater auditions – and then discuss plans. Have younger children make a list of five things that excite them and worry them about trying.”