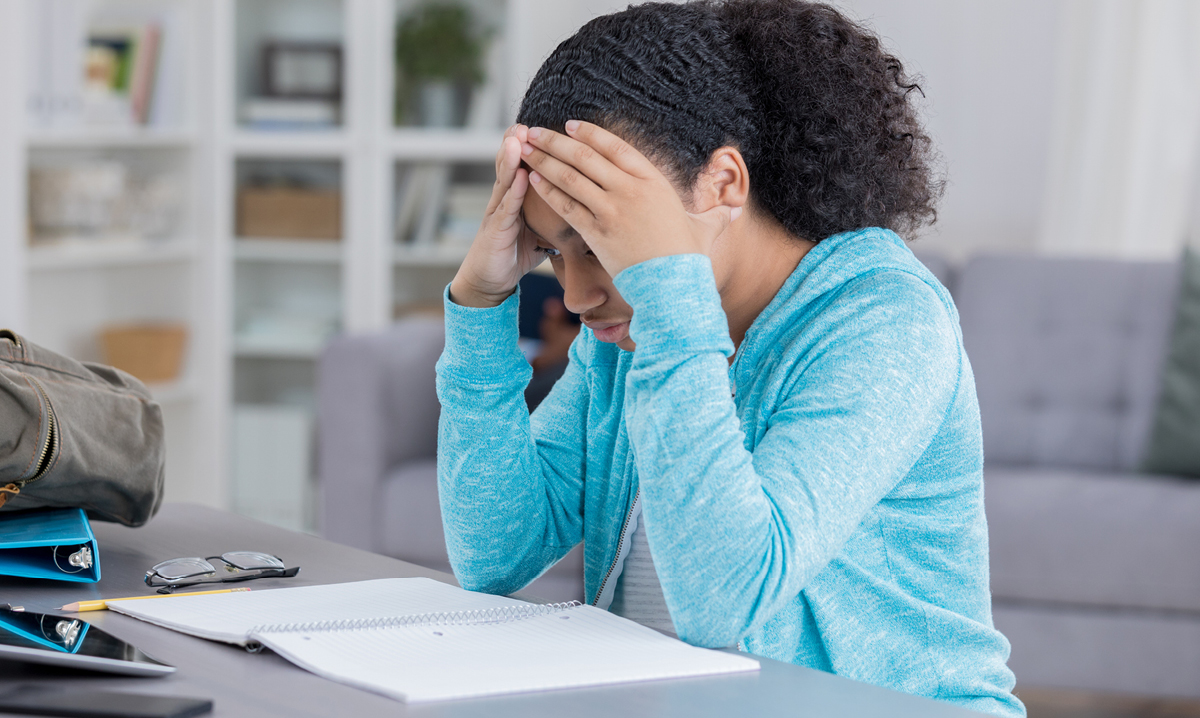 When the new school year comes around and everyone is excited for a new beginning, even your kids, it’s difficult to see that becoming a different story in the near future. But eventually, it’s common for kids to be become distracted and bored with their schoolwork – and high schoolers are no exception.

Knowing how to motivate your teenager to do better in school is not the easiest task and may become disheartening at times.

But don’t fear. There are many tips to instill in your family routine to motivate your teen to be the strong student you know he or she can be.

We are all aware of how distracting your teen’s cellphone, laptop or tablet can be – and how it can make them less productive. Removing the distraction should be your top priority, and it’s as simple as setting a designated “no electronics” time.

All electronics should be returned to a designated hands-off charging area at 8 p.m., says Amanda Hollis, a counselor at Forsythe Middle School in Ann Arbor.

Hollis also says that electronics, including cellphones, should not be housed in the student’s room.

2. Set a designated time for study.

Just like setting a designated time to put electronics away, you can designate a time for studying. These two times can even occur simultaneously for a quiet and proactive study session.

This can be a time for the family to all work together on their own individual homework. It doesn’t have to look like anything out of the ordinary, either, Hollis adds. It can be as simple as everyone being at the kitchen table working and/or reading.

3. Help them appreciate the process.

Your teenager may need that constant push throughout high school – and that’s totally normal. That’s because teens have a hard time seeing past today, says Kimberly Ellis, counselor at Ferndale High School.

Since a semester is usually around 20 weeks, according to Ellis, it’s important for your teen to recognize that it’s “a marathon, not a sprint.”

This lack of recognition of time can become more detrimental if your teen is in a class he or she isn’t interested in.

“It’s easy to become disengaged in something that doesn’t come naturally,” says Ellis.

It’s important for your teenager to have a plan for life after high school. Without it, your teen might have the tendency to easily become unmotivated in classwork. It’s important for teens to strive for not only their diploma, but also for their future career and livelihood.

When teens come up with these plans, it can help them stay on top of things and to see value in their schoolwork, Ellis explains.

Ellis says that this plan can change a thousand times in high school because of different life experiences, people your kids meet and the classes they take.

Sometimes giving teens a material item for their achievements can push them in the right direction. For example, Hollis recommends using a reward chart.

“Reward charts help motivate students who are striving to get something materialistic,” says Hollis.

And the rewards can be given for small steps towards success, like not having missing assignments for the week or showing growth or improvement in a class ­– even if they still have a C or D, but percentage has moved up, Hollis explains.

Let’s be honest: Your teenager still needs you. Your support and attention means more than you might recognize or want to believe. Even though your child is older now and closer to adulthood than ever, it still isn’t time to take a step back yet.

How to motivate your teenager to do better in school can be as simple as just being there.

“Parents want to believe their kids can be independent,” says Ellis. But you as a parent still need to be involved and be that support system for your teen.

“It’s important for kids to connect to somebody,” says Ellis.

When a kid is involved in activities outside of school, like a sport, a play or a part-time job, many parents fear that means less time for homework. But the busier kids are, the better they do with time management, says Ellis.

“It forces them to instill time management, so they have to think about their homework,” says Ellis.

Not only do extracurricular activities motivate kids to do better in school, they also help keep them out of drugs and drinking, says Ellis.

Staying organized is one of the many keys to success, and it should be taken into account when trying to think of how to motivate your teenager to do better in school.

Ellis suggests using one homework folder – not class specific – so students just have one folder to look at after school. This will help with knowing exactly all that they have to work on, instead of having five different folders.

If you struggle with organization, then your teen most likely will, too, says Ellis, so it’s important to try and set a good example or reach out to your teenager’s teachers to ask them the best way they should organize for class.