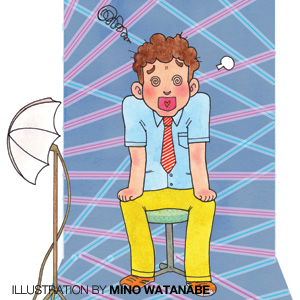 Are kids' Facebook profile pictures – or the souped-up, digitally altered shots they put on Instagram – the new school photo? Maybe so.

The demand for digital photos has reached an all-time high, and it seems classic school photos are going the way of snail mail.

And a similar trend is happening right here in Michigan.

Lifetouch Inc., http://www.lifetouch.com/ the country's largest employee-owned photography company, which was founded in 1936 and serves half the schools in southeast Michigan, has seen a drop in its sales – slightly less than 2 percent, according Doug Gowan, territory manager at Lifetouch in Okemos.

"I think parents' expectations have changed over the years," Doug says. He and wife Beth own and manage the Lifetouch National School Studios territory in Michigan, which includes a local Farmington spot.

"This is my 35th year here with Lifetouch," Doug says, "and the last five years have shown so much change – probably more change than the first 30 years here."

So, to keep up with the changes, Lifetouch has added features, options for customization and more.

Say bye-bye to blue backgrounds – unless you still want one! While the company continues to offer its Traditional Program with five backgrounds and three poses, it also provides an Expressions First Program that includes more than 100 looks and two poses. Parents can choose different athletic, outdoor and multi-image backgrounds, to name a few.

Having more options is important, but there's another piece to this technology puzzle.

"What people like now is the immediacy of digital photography," says Russ Waldo, the owner of Visual Sports Network of Michigan, which is based in Southfield and photographs sports teams for more than 100 schools in southeast Michigan.

"By the time I get to do their pictures, it's a couple of weeks into the sports season," Waldo says.

And by then, he says, kids have had their picture taken 100 times – and those shots are already on Facebook.

"If people go to our website, there is an option to be able to digitally order that image," Waldo says.

The company has packages that feature a high-resolution CD, plus "they (parents) do get a free digital download if they order online," Doug adds.

So whether parents want to pass out photos to grandma and grandpa or post them on Facebook, they have both options available.
In addition, Waldo uses digital technology to alter photos and make them look better.

"We can improve a picture by digitally changing things, taking out light poles or dumpsters in the background – and create some exciting looking images," Waldo says.

By providing the high-quality images, both companies hope to keep costumers interested in their products for years to come.

"A few years ago, funding for schools pretty much dried up," Waldo says, "so schools started looking to generate revenue in any way they could."

By turning to companies like Visual Sports Network of Michigan and Lifetouch to build photo packages for parents to purchase, schools are able to get additional funding for children's education.

Of the 100 schools Waldo works with, he says that at least half of them use school photos – in this case, sports photos – as a way to generate additional revenue for the athletic department for equipment and gear for students.

"We're more of a support vehicle for necessary school funding," Beth Gowan says. "The price is a function of parent contribution back to the school."

So, by purchasing a package from Lifetouch – which ranges from $6 to $45 – as well as Visual Sports Network of Michigan – spanning $10 to $37 – parents can help fund tools for their kids' schooling.

"Even though there are a lot of changes in the industry, there is still that real value in the tradition of school portraits," Beth says. Plus, it's a memory for parents, grandparents, aunts and others to have of your child as they grow.