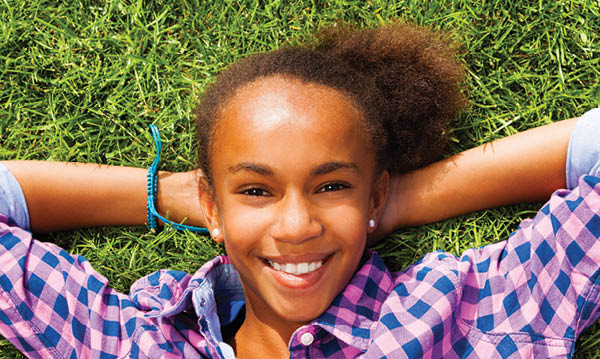 As any parent of school-age kids knows, summer vacation can be more of a hassle than a much-needed break at the end of the year. Which is precisely why Metro Parent created this summer fun and learning guide.

After all, keeping kids’ minds actively engaged over the long, hot months can be very challenging. Educators have long warned about “brain drain” or “summer slide” – the loss of newly acquired knowledge that happens over the summer when kids are outside an academic environment for three months or more.

For children who are economically disadvantaged, this slide can be even more serious. Lisa Senac, director of education and life skills at the YMCA of Metropolitan Detroit, says that by fifth grade, kids can end up as much as two grades behind due to summer knowledge loss.

However, there are simple things any family can do to keep their kids’ minds working during the summer and stave off that slide. It’s not all workbooks and learning games on a mobile device, either – although those are both good choices!

Parents can turn something as simple as a trip to the zoo into a learning opportunity. The secret lies in something kids do in school: KWL, which stands for Know, Want to know, Learn.

For example, Senac says, you can ask kids on the way to the zoo what they know about the animals they’ll see. You can get more detailed for older kids, asking about what part of the world the animals come from or what they eat.

Then, help them puzzle out what they want to know. This can take lots of forms. They could figure out what souvenirs they can get with a $10 budget, or they can ask someone exactly how those tempting ice cream dots are made.

During the visit, make it a family project to find that info out. When the trip is over, ask them what they learned.

“It should be specific and focused on things you will end up knowing before you leave – and maybe you learned something you didn’t think you were going to learn,” Senac says. “It’s a way of taking that time to create those opportunities to learn.”

Day camps, academically focused or not, help keep kids physically active and participating in a positive activity instead of getting into trouble.

Unfortunately, for some families, they are cost-prohibitive. There are options here too. Some camps offer needs-based scholarships. Try online activities, too, like the Virtual Camp: Summer of Science by Metro Parent and Michigan Science Center. In some cases, you can also find discounted or free options.

Central Detroit Christian, for example, provides a day camp for children in three of Detroit highest-need ZIP codes. Staff at the nonprofit, which incorporates several local churches, noticed a lot of kids on the street with nothing to do in the summer months, so they created the day camp. There is no charge to parents, and kids get three meals a day, field trips and more.

“We want to keep them out of trouble and keep their minds engaged,” says Central Detroit children’s director Russell Howard. “There are not as many programs for kids to go to in the summer in our area.”

Howard’s program uses a simple and cost-effective service: The summer reading programs at the Detroit Public Library. Kids get rewarded for reading books, which keeps them interested in reading over the summer and helps improve literacy.

Cherie Bandrowski, who runs programs for Wellspring Detroit, also recommends libraries to keep children challenged during the summer. She suggests parents drill kids on math facts as well, based on what she sees in the Kumon tutoring they provide year round.

“So many of the kids, when we test them, we find them counting off on their fingers with addition problems because they haven’t memorized basic facts,” she says.

For older kids, outdoor programs can help build self-confidence. Central Detroit sends teens to a weeklong outdoor camp where they try new activities and experience nature. Many have never been out of Detroit, Howard says, and so the chance to experience an up-north Michigan summer can help them see things in a new way.

At Wellspring, teens have a chance to join the summer kayaking program. They begin by getting familiar with the boat and how to use it safely at an indoor pool. Then they progress to taking kayaks into shallow water and eventually go on a camping and kayaking trip to Sleeping Bear Dunes.

At the Metro Youth YMCA, Richard runs programs for youth 14-16 and 17-18. Younger teens participate in a summer enrichment program, while the older ones have six-week paid internships at local businesses. They earn a paycheck, and with that comes education about financial literacy, sessions with local entrepreneurs and cultural experiences like trying world cuisines at restaurants and visiting museums.

No matter the age group, summer learning should be fun, reinforce existing skills and let kids develop a sense of self-confidence both in the classroom and out in the wider world. As Bandrowski says of the kayaking program, “It’s so encouraging to see how much they enjoyed it and how good they felt about themselves.”