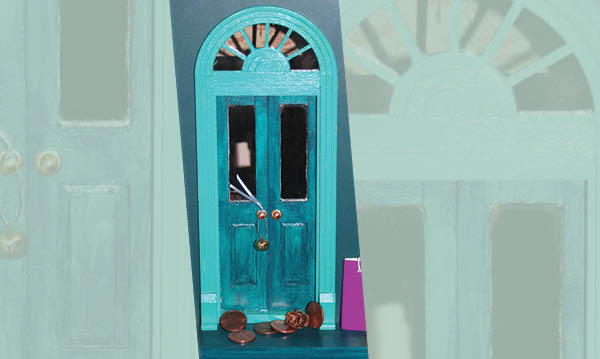 If a fairy is born when a baby laughs for the first time, it’s only fitting that fairy doors and gardens are often built from the imaginative whims of children. Magical and transportive, wee portals for sprites have popped up all over southeast Michigan. With spring beckoning fairies out and about again, here’s where to see their bitty hangouts – and how to bring a slice of Neverland home.

Ann Arbor is a fairy haven. At urban-fairies.com, find a map to creatively decorated doors that speckle various downtown businesses.

They’re also fun in your garden or a child’s bedroom, says Liz Glynn, kids education coordinator at Matthaei Botanical Gardens. “Think of it like a portal for little creatures to come through and to visit. I think people feel connected to this idea that when you have a fairy door in your garden, you’re welcoming these protectors of the natural world.”

It’s a sweet hobby for kids, who often make their fairy gardens into idealized places “that fit their vision of the world,” she adds.

Matthaei hosts workshops on making fairy gardens and doors, sells supplies in its store and occasionally has fairy gardens on display.

“We do our fairy garden displays usually once or twice a year in the conservatory,” she says. “They’re unbelievable.”

Downtown Northville also has a thriving population of fairies. Spot teensy doors at more than 50 businesses – and even go on a “stamp quest” to find them all.

“It’s a mystery and it’s something that everybody can do together,” says Lori Dow, owner of The Bee’s Knees Pottery. “(It) gets the kids out of the house, you’re outside most of the time and it’s just something different.”

Dow offers classes on creating fairy houses, doors and miniatures at her studio and helps organize the city’s fairy activities. You can buy the Fairies of Northville Coloring Book & Stamp Quest for $3 here, at The Northville Gallery or Starring The Gallery. Embark on your hunt during business hours and collect stamps at each shop when you find their door. Watch out for the troll door that moves around town!

Looking for pint-sized merch? Trek to The Flower Market in Monroe for a huge selection of fairies, fairy doors and miniatures.

Owners Kurt and Lita Smith say fairy gardens are great for bringing the family together. “It is something that both parents and kids are doing together, also grandparents and kids,” Lita says. “It’s great for the imagination and gets them outdoors. It is also something you can build on, add to and continue to grow. 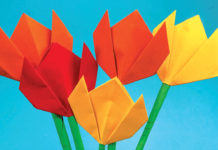 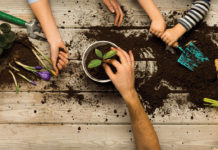 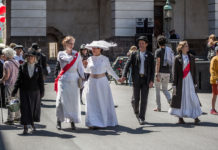