Metro Detroit and Ann Arbor kids experienced the first snow day of the school year way earlier than expected. It turns out, though, that the timing was perfect because it coincided with the launch of the Disney+ subscription streaming service.

Disney+ is the newest kid on the streaming block and features the best of Disney, Pixar, Marvel, Star Wars and National Geographic – all in one place. According to CNN Business, the streaming service gives subscribers access to 500 films, 30 original series and 7,500 episodes of Disney content.

There aren’t upcharges if you want to see a specific movie or show (I’m talking about you Amazon Prime), plus there are loads of original shows to get hooked on.

While the newly launched channel experienced a bit of a hiccup in the morning, I was able to log on in the afternoon and experience a whole new world with my 2 ½-year-old son.

As I scrolled through, I felt so much nostalgia. Sleeping Beauty, The Lion King, Beauty and the Beast, That’s So Raven, Even Stevens, Lizzie McGuire – all the stuff I watched until I was probably considered to be “too old” to be watching it.

It was all right there in front of me. Every season of The Simpsons, every single Star Wars flick, and even Hocus Pocus for when you want to watch Bette Midler belt out “I Put a Spell on You” but it’s not Halloween season.

To top it off, there are plenty of Disney+ originals to get hooked on, as well, including LucasFilm’s new Star Wars live-action series The Mandalorian, which is actually the reason we opted to subscribe to this streaming service in the first place. According to Vox, the series isn’t much of anything just yet – not good, not bad – and I have to say I agree. Time will tell if it picks up.

Up was first on the list of flicks that we watched before naptime. My little guy had seen clips of it on YouTube but no other streaming service we use seemed too have it available to watch – at least for free (again, I’m talking about you Amazon Prime) – so I was excited to let him see the entire movie.

In all honesty, he fell asleep before it ended and when we went back to view it later on, it started from the beginning instead of continuing where we left off. Not sure if this was a user error on my part or if it’s a glitch. We’ll see how things go on day 2.

Next up: Cinderella. While I should have done something more productive while my little man was asleep, I snuggled up to watch one of my childhood favorites and it left me feeling all the feels.

As I watched, I realized Cinderella’s stepmom and stepsisters are worse than I remembered. The anxiety was real watching Gus Gus and Jaq carry that key up all those stairs with little time to help Cinderella escape to try on that glass slipper. The ending still brings me joy, though, and honestly the entire experience just took me back to a simpler time in my life.

In the evening, it was all about The Mandalorian, which has yet to impress me but time will tell as new episodes will be released on Fridays.

“For example, the original Star Wars films, which will be available at launch, will be streamed in 4K, a video resolution also known as ‘Ultra HD.’ That means you’ll be able to see in sharp detail the grime on R2-D2 and Darth Vader’s cape will be a richer black.”

In addition to the viewing experience, the service’s functionality and content curation really helps users find what they are looking for among the thousands of pieces of content.

“When you use Disney+’s search option, the service will offer ‘Disney Collections,’ curated libraries that sort programming into different categories,” CNN Business notes. “Fans of The Muppets can click on the Muppets collection in search and find a list of films and TV shows starring Kermit and Miss Piggy.”

Features and financial details aside, there are two big perks of Disney+ worth noting: The content brings me more joy than any other streaming service because it brings my childhood to life. And the best part: I get to introduce my son to all my childhood favorites – and hopefully he loves some of them, too.

Are you now streaming Disney+ in your home? What do you think of the streaming service? Tell us in comments. 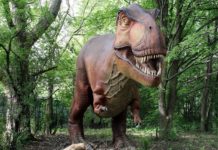 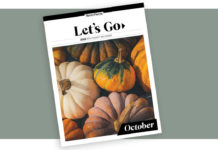