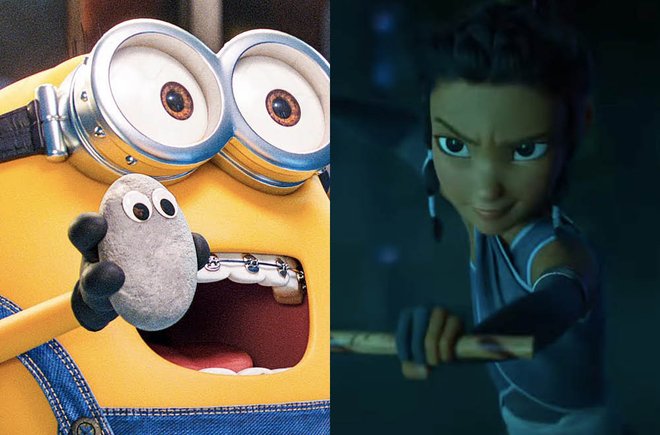 The past year has challenged the movie industry in many ways by postponing long-awaited films or moving new releases to streaming services due to closed theaters nationwide. Let’s hope this year will give us a chance to watch more new movies!

From wonderful remakes of classic movies or exciting sequels, here are some family flicks coming out in 2021.

Starring Camila Cabello as Cinderella, the musical retelling of the classic fairytale features some of your favorite Broadway actors. Billy Porter plays Fab G, the genderless fairy godparent and Idina Menzel steps into the role as Cinderella’s stepmother.

Your favorite cat and mouse duo are back with a reimagined live action-animated remake. See Tom and Jerry in New York City as they take residence at a hotel preparing for the wedding of the century. Of course, Jerry’s mischief will get in the way.

Raya and the Last Dragon, March 5

In order to help restore peace in the world of Kumandra, lone warrior, Raya, is on a mission to find the last dragon in the world. On her journey, she learns that it will take more than a dragon to save humanity from the evil monsters known as the Druun.

The Templeton brothers are all-grown up and when they reunite, there’s a new boss baby in their family, Tina (voiced by Amy Sedaris). She recruits Tim and Ted to stop an evil genius, but it will require the brothers to turn back into babies first.

Peter the mischievous rabbit is back, and this time in a world beyond the garden where he can be himself. Peter must find out what kind of rabbit he wants to be when his family risks their livelihood looking for him.

In a world where robots and children are BFFs, an 11-year-old boy discovers that’s something is wrong with his robot friend. We’re definitely getting some Iron Giant vibes from 20th Century Studios’ newest family film.

Learn about Natasha Romanoff’s past before she became an Avenger. The Marvel film centered on Black Widow takes place between the films Civil War and Infinity War.

In this fictional world, monsters are known as superstar wrestlers. A teenage girl, Winnie, follows her father’s footsteps by coaching the underdog monster to become a champion.

This Disney live-action movie gives us the backstory of Cruella de Vil, the infamous villain from the book, One Hundred and One Dalmatians. Set in 1970s London, a young fashion designer, Estella, becomes interested with dogs’ skins.

Not many details have been revealed about the Spirit sequel, but fans of the recent Netflix series, Spirit Riding Free, will be excited to watch their favorite stallion again.

Get ready to dance and groove with the music-loving guy who travels from Havana to Miami to pursue his dreams. The animated musical will feature music from Hamilton creator, Lin-Manuel Miranda.

The latest Disney Pixar movie takes place on the gorgeous Italian Riviera. There, a strong child friendship builds between a young boy and a sea monster disguised as a human. The movie’s director, Enrico Casarosa, also worked as a director and writer for the Pixar short, La Luna.

Before Hamilton, Lin-Manuel Miranda became known on Broadway with his Tony award-winning musical In the Heights. Now the film adaptation will retell the story of a bodega owner with big dreams in his largely Latino neighborhood in Washington Heights.

Minions: The Rise of Guru, July 2

They’re back! The sequel to the 2015 film, Minions, and a prequel to the main Despicable Me film series will follow 12-year-old Gru as he works with the Minions to become a world-famous supervillain.

Yes, the 1996 movie starring Michael Jordan is finally getting a sequel. LeBron James is now teaming up with Bugs Bunny and the rest of your favorite Looney Tunes characters.

Based on the theme park ride at Disney’s Magic Kingdom, Jungle Cruise, the movie takes riverboat travelers through a jungle filled with mysterious animals and reptiles.

While the plot has not been revealed yet, we expect some families are still excited to see a fourth installment in the Hotel Transylvania series.

Your favorite pups are hitting the big screen! We can’t wait to see how Ryder and his team of pups will save the day in the animated series’ first full-length movie.

Just in time for Halloween, the Addams return with more wacky adventures. We can’t wait to see what they’re up to next in the sequel of the 2019 animated film.

Clifford the Big Red Dog stars a 25-foot-tall red dog and his young owner, Emily, in this live-action movie adaption of the classic children’s book series.

After writing the music for Moana, Lin-Manuel Miranda is back with another Disney musical. Encanto takes place in Colombia where we learn about a magical family who lives in a magical home.

The newest film adaptation of the 1957 musical explores the rivalry between two gangs, the Jets and Sharks, as Tony and Maria fall in love in this story loosely based on Romeo and Juliet.

The sequel to the 2016 animated film, Sing, expects to hit theaters in late 2021. While we don’t know anything about the plot yet, we wouldn’t be surprised to hear more pop music! 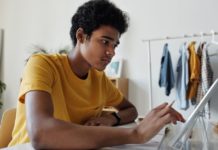