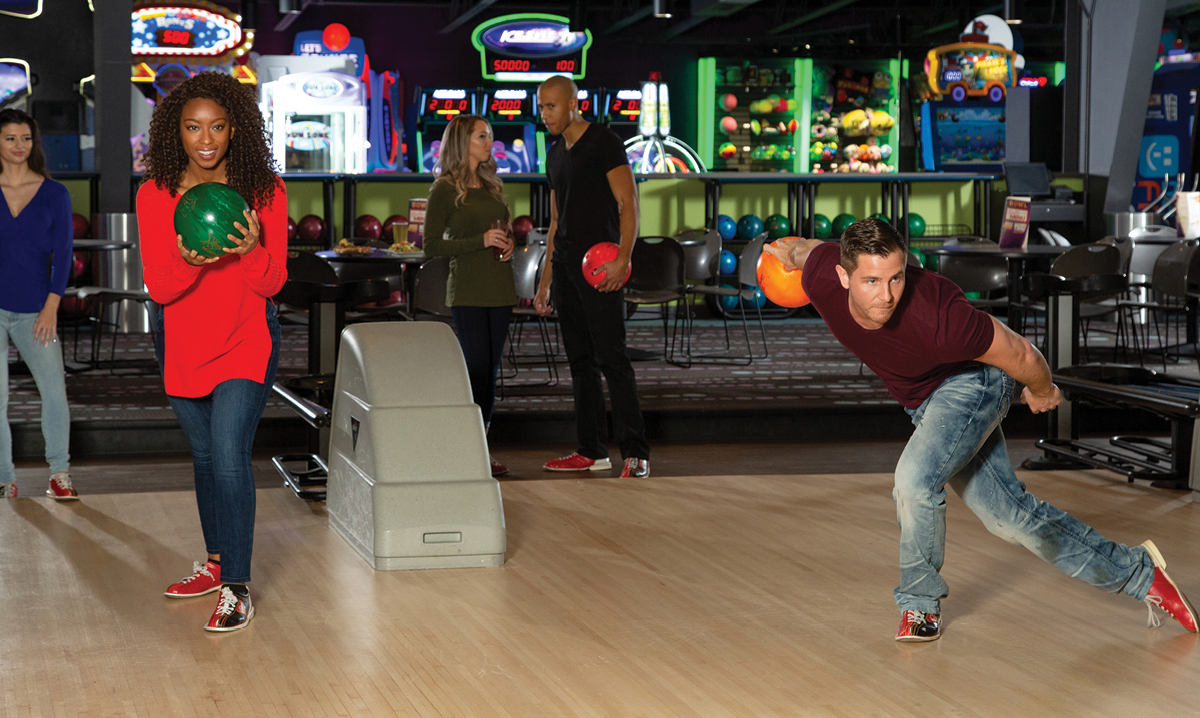 Father and son duo Simon and Michael Shearer took their love of bowling to the next level when they opened a family fun center in Farmington Hills.

Its name, Perfect Game, comes from bowling a 300 – a perfect score. After extensive research, the Shearers found Drakeshire Lanes for sale and spent millions renovating it.

“Eight of the bowling lanes were taken out for the laser tag, which is 3,700 square feet on two levels,” says Simon. “We touched every surface inside and out and even put in a 53-game amusement arcade.”

“Our food is served on porcelain plates, which isn’t typical for a bowling alley,” he says. “The food is amazing – you don’t know how many people come and tell us they love bowling here, but they really came for the food.”

The establishment offers a full menu including pizza, wings, chicken tenders, chicken quesadillas, salads and many wraps – including the chicken Caesar wrap that Simon says is his favorite.

Although the transition from bowling alley to family fun center wasn’t an easy one, Simon says it was one that had to be made to stay relevant.

“Not many centers have made this investment like we have,” he says. “Detroit is known as the bowling capital of America, so we would like to stand out.”

The center offers specials every day except Saturdays and can be booked for any birthday, team or adult party.

Perfect Game is located at 35000 Grand River Ave. in Farmington Hills. It’s open daily, though the hours vary, so be sure to check ahead.

Bowling costs also very, and the cost for 20 minutes of laser tag is $9 per person.