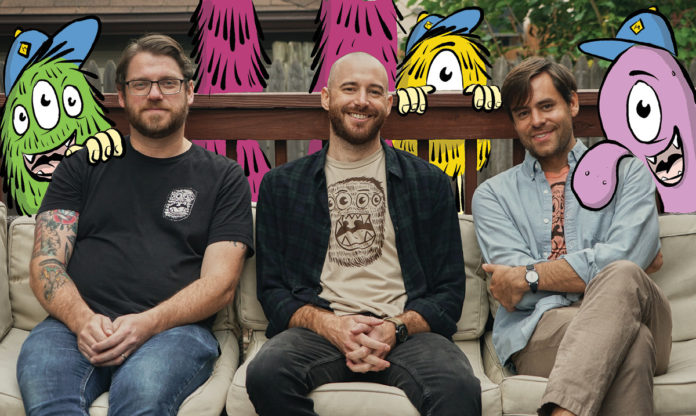 A new book, The Legend of Long Leg Larry, comes with lessons every parent hopes to teach their kids: Be kind, don’t judge a book by its cover and anything is possible.

Written and illustrated by a trio of Michigan friends, Kevin Singer, Joel Gullickson and Brent Mosser (the dad who illustrates all the monsters you see in Metro Parent), the book kicks off a series of Monsters Rule! books that will have kids and their families identifying and falling in love with all the monster characters.

In The Legend of Long Leg Larry, Freddy Freakazoid and the Monster Scouts investigate the mythical creature who lives in the woods around Camp Monster.

“I love our two main characters, Freddy and Larry. Brent did an amazing job of bringing them to life and nailing the big moments in the story where they needed to express emotions like joy, fear and regret. The emotional crux of the book is those two becoming friends and helping one another. By the time you finish the book, the happy ending definitely feels earned,” Singer says.

It’s not only a great picture book for parents of younger kids – Mosser’s 2-year-old daughter recognizes the monsters now – but also for early readers.

“I’m happy with how the book handles the lessons we’ve tried to convey. Nothing is heavy-handed or preachy. We don’t come out and say that any one character is good or bad per se. I think kids are smarter than we give them credit for and will be able to have a conversation with their parents about the characters and how they made them feel. If you can lead a child to realize a lesson themselves it’s more likely to stick,” Singer says.

The $25 hardcover book, along with select monster merchandise, is now available at monstersrulebooks.com. 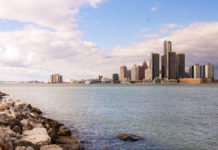