Cars supposes a world in which cars have supplanted humans and have feelings, drive themselves and write their own history. Taking a page from the Michael J. Fox film, Doc Hollywood, Lightning McQueen is a rookie race car who is part of a three-way tie for the Piston Cup. On his way to the final race across the country, he finds himself in a small town on Route 66. Full of nostalgia, celebrity voices from Hollywood and the racing world and a lot of fun, Cars quickly became a sensation as the seventh full-length feature film from Pixar.

A youngster in the racing world, Lightning McQueen has a lot to learn about history and how to make friends. What to discuss with kids:

Now that you’ve seen Cars, try these screen-free activities inspired by the movie.

COVID-19 Help From the Metro Detroit and Ann Arbor YMCAs 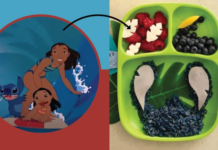 Watch This, Do That: Lilo & Stitch