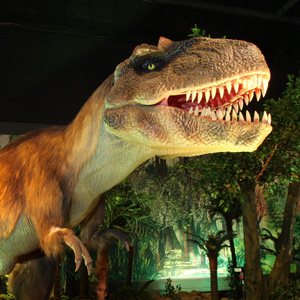 They move. They roar. They terrify. We’re talking prehistoric beasts, here – and the Dinosaurs Unearthed exhibit at the Detroit Science Center delivers 20 full-size animatronic dinos for your family’s enjoyment.

This exhibit, a hit since opening in February 2011, is expected to resume Oct. 26, 2011 and will run until Dec. 31. (The Detroit Science Center will be closed Sept. 26-Oct. 12, 2011, due to financial problems, but this exhibit is expected to continue its run through the end of the year.)

Aside from the 20 flashy dinos, there are five full-size skeletons, nearly 40 fossil replicas, IMAX film Dinosaurs Alive! and Dinosaur Planet at the planetarium. Catch the prehistoric fun from Tuesdays until Fridays for $18.95 per adult and $16.95 per child (kids under 2 are free).

See the Metro Parent listing for the address and more on the 2011 Dinosaurs Unearthed exhibit at the Detroit Science Center. 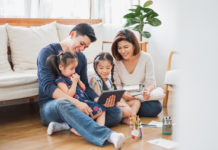