Bummed out by all the closures and cancellations? Find something fun to do by browsing through our virtual events calendar!

As cases of the coronavirus (COVID-19) spread in Michigan, the state’s government has taken strong action in temporarily suspending venues and schools from operating.

All of Michigan’s K-12 public and private schools are closed for the remainder of the school year; the shutdown originally began on March 16. And, as of 12:01 a.m. on Tuesday, March 24, Gov. Gretchen Whitmer’s “Stay Home, Stay Safe” executive order has many businesses closed and families staying home; most recently, that order is in place until April 30. (See here for a look at the reasons you can still be out and about.)

Restaurants are still able to use delivery service, window service, walk-up service, drive-through service or drive-up service. They’re also urged to use social distancing. “Restaurants may allow five people inside at a time to pick up orders, so long as they stay six feet apart from each other,” the governor said in a press release.

All of this means that, in order prevent the spread of what the World Health Organization has declared a worldwide pandemic, many local events and venues are canceled or closed.

To help parents plan, we’ve compiled a running list of events that have been canceled or postponed – along with Michigan schools and local venues that have been affected. Take a look before you head out and check back often as we’ll be updating as we learn of new closures.

Note: This is not an exhaustive list. Due to Michigan’s “stay-at-home” order, all events are canceled through at least April 30.

These local events have been put on hold. Watch for them to be rescheduled.

Note: This is not an exhaustive list. Due to Michigan’s “stay-at-home” order, all major gathering venues are closed through at least April 30.

All local schools and universities have closed and, as much as possible, are adopting online instruction. 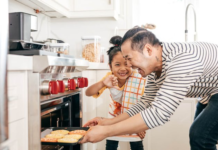 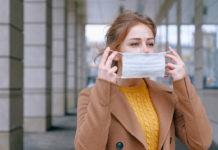 The New Normal: COVID-19 Etiquette for Leaving the House 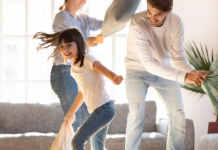