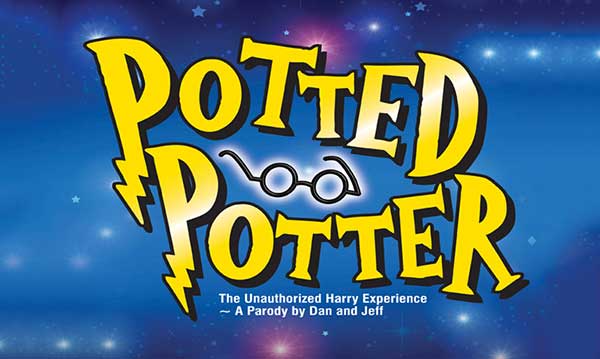 Did you spend hours in the cold waiting for Harry Potter and the Deathly Hallows because you simply couldn’t wait to see how the books ended? If so, you simply can’t miss this show. Potted Potter: The Unauthorized Harry Experience – A Parody by Dan and Jeff, hits the stage at City Theatre in Detroit for a limited engagement, April 28-May 3, 2015. It doesn’t matter if you’re a Slytherin or Gryffindor because this show – one of the coolest Detroit shows – has a lot to offer everyone.

From the minds of two former BBC hosts, Daniel Clarkson and Jefferson Turner, this show shoves all seven of the hit novels by J.K Rowling into a two-man, 70-minute show full of costume changes, song, props and, of course, a little bit of magic.

Turner, who plays the main role of Harry Potter, wears the young wizard’s signature glasses, turns out to look more like a “pinball wizard” than an actual one, according to The New York Times, while Clarkson takes on the roles of all the other fan favorites, including Ron and Hermione, Draco Malfoy, Snape, Sirius Black, the entire Weasley clan, Dumbledore and You Know Who.

In addition to parodying some of the iconic scenes from the books, the comedic duo will play a live game of Quidditch with some not-so-canon rules.

Sound like your kind of show? Potted Potter hits the stage at the City Theatre in Detroit for nine performances. Show times are:

For more information on Potted Potter: The Unauthorized Harry Experience – A Parody by Dan and Jeff at the City Theatre in Detroit, see the Metro Parent calendar listing.