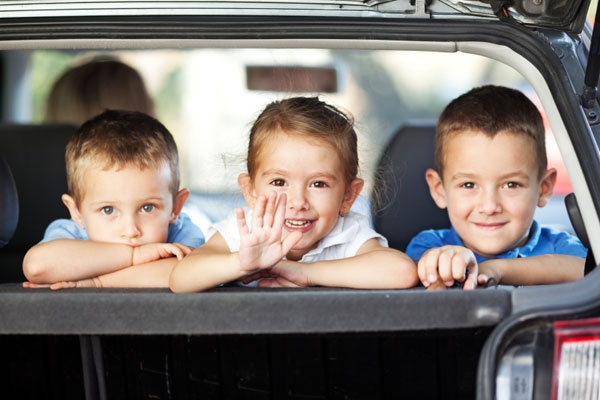 For many families in southeast Michigan, vacation is just a few hours away – at the end of a car trip. Whatever your destination, getting there safely is paramount. Which means it’s always a good time to brush up on some safe summer road trip tips.

And especially if you’re heading out on a holiday, there can be more hazards on the road than at any other time of the year. For instance, the Fourth of July happens to be one of the busiest travel periods of the year – as well as the “deadliest day of the year” when it comes to car crashes, according to the AAA Foundation for Traffic Safety, or AAAFTS.

Now, that’s not to put a damper on the celebrations, by any stretch! But it’s a cautionary reminder that it’s key to take a few minutes and consider key precautions before hitting the road.

Keep your family safe on the road during warm-weather holidays – and all summer long – by following these family car trip tips from John M. Dorsey, a pediatrician with Beaumont Health System based out of Royal Oak.

“I can tell you too many people get away with it until they don’t get away with it,” Dorsey says. He’s talking about driving one-handed – when a parent is reaching back to help or discipline a child while driving a car. His advice? “I know it can be awkward, but find a place to pull over,” if you need to take a hand off the wheel to tend to your kids. “I’ve seen too many fatalities from when the car just swerved off the road a little.”

Dorsey gives the green light on letting kids watch movies in the car. While he says having kids watch the tube constantly isn’t a good thing, for a few hours in the car for a drive up north, for instance, it can be a helpful distraction that helps parents focus on the road.

“I’m not a proponent of kids snacking in the car at all,” Dorsey says, suggesting that parents have kids eat before and after the car ride. But if your kids are going to eat, make sure it’s a “crumbly” food that won’t pose a choking hazard. His suggestion? Kid favorite Cheerios. (And give your car a good once-over with a vacuum cleaner once you’re home!)

It’ll add a few minutes to your trip, but Dorsey believes one good way to keep kids happy on trips – and parents more alert – is to take a break every 75 to 100 miles.

It can be tempting to let older children slip out of the shoulder strap to take a nap in the car. Don’t, says Dorsey. Seatbelts won’t work properly in the event of an accident if a child isn’t wearing them right.

Of the traffic fatalities that happen during those holiday-time car crashes, unfortunately, many involve drunk driving (on Independence Day, for instance, 40 percent of driving-related deaths involved “a driver with a blood alcohol concentration (BAC) over the legal limit,” AAAFTS notes). While it can be easy and fun to imbibe, those stats are a solid, sobering reminder that it’s never OK to drive while impaired.