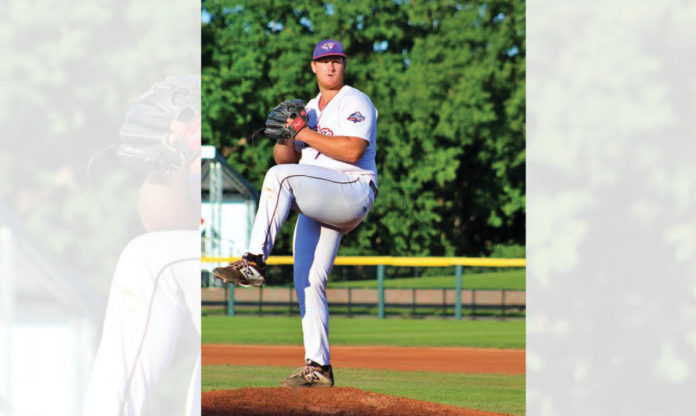 Are you missing professional sports this year? You’re not alone. A lot of families are missing their peanuts and Cracker Jack — but it isn’t all or nothing, especially for baseball fans living in or near Macomb County.

Local fans that snagged a ticket plan to see the United Shore Professional Baseball League prior to the pandemic are in luck, because USPBL is offering spectated professional-level games this year on an invitation basis, along with livestreams for those who don’t have ticket plans.

USPBL is an independent developmental league that plays at Utica’s Jimmy John’s Field, which was once an old landfill that was repurposed into the ballpark in 2016.

The league is made up of four teams — the Utica Unicorns, the Eastside Diamond Hoppers, the Birmingham Bloomfield Beavers and the Westside Woolly Mammoths — all of which play one another to help players get drafted by MLB.

“Our whole focus is for guys that didn’t get drafted because Major League Baseball’s decrease in rounds of drafts over the years,” explains Dana Schmitt, the league’s chief operating officer. “(These players) are looking for a place to play and get noticed still, so we’ve become a very popular destination for players like that. Our goal is to get our players signed to a major league organization.”

Since the league’s inception in 2016, 37 USPBL players have moved up into MLB’s minor league, and last year the USPBL saw its first former player make the Majors in Minnesota Twins’ pitcher Randy Dobnak, who played for USPBL in 2017.

And on typical gameday — when there’s no pandemic to worry about — Jimmy John’s Field plays host to a variety of family activities in addition to the baseball game.

“When we’re not dealing with coronavirus, we have hundreds of thousands of fans,” Schmitt says. “Kids run the bases after every game. We also have a whiffle ball field, a one-of-a-kind playground area at the ballpark … usually we have fireworks every Friday night and Sunday Fundays with characters from Fairytale Entertainment, too. It’s just a great family entertainment experience.”

What’s different at the ballpark in 2020

Sadly, Jimmy John’s Field’s seating is limited in 2020 due to the coronavirus pandemic, so many of the fun activities fans know and love are on hold.

The season, which usually starts in early spring, was postponed until July 3 and will hopefully continue through Sept. 27, depending on how the pandemic impacts our area.

But that isn’t stopping the ballpark from offering a fun and safe experience for players and fans alike.

Staff, players and coaches are required to wear masks and submit a daily health and temperature check prior to entering the ballpark. When a person has been traveling or may have potentially been exposed, Schmitt gets an alert to her cellphone so she can follow-up with them.

They have also set strict rules to ensure player safety.

“Players have a curfew, and the first seven to 10 days from when the players got to start the season, we emphasized all of our protocols,” Schmitt says. “The first thing they do when they get to the field is wash their hands. Their meals are all boxed, the locker room is limited to seven players at a time, they don’t shower at the ballpark and everything is socially distant and in the open air.”

Fans are also expected to comply with the mask rule until they get to their seats and submit to the temperature screenings. In addition, the 4,500-person park has a current capacity limit of 100 people in compliance with Gov. Whitmer’s orders

“We’re sad we don’t get to see everyone this year because we are limited right now,” Schmitt says. “But what we’ve been doing this year, is if you bought a ticket plan, that’s who we have been inviting to the games. We are inviting them and if they can’t come, we basically go to the next person on the list.”

To make up for the limitations this year, USPBL is also offering a livestream on YouTube and Facebook so that fans who don’t have tickets can still catch a game.For more information on United Shore Professional Baseball League, or details on life in Macomb County, visit the Make Macomb Your Home website. 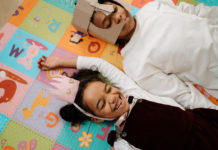 Things to Do Near Home This Winter 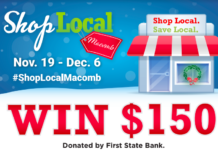 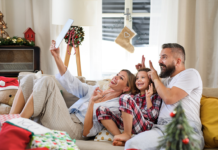