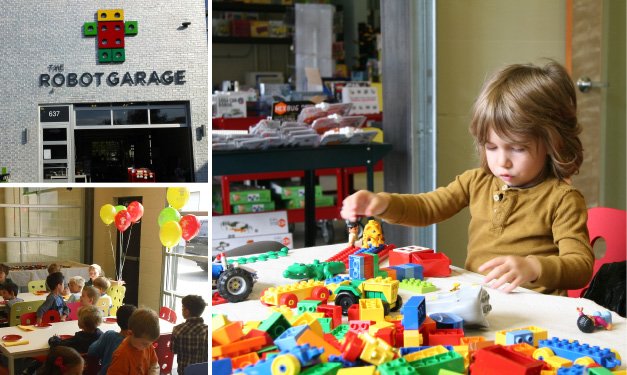 Does your family dig science and tech stuff? The Robot Garage, located in Birmingham and Rochester Hills, brings Lego blocks and robotics under the same roof to foster innovation and enthusiasm for the sciences.

“We are a year-round place for Lego building and robot enthusiasts of all ages,” says Sarah Jacobs, who co-owns The Robot Garage – which first opened its Birmingham location in June of 2011 – with husband Jonathan.

The couple began thinking about a facility dedicated to the two activities when one of their daughters joined her school’s robotics team. “I thought, ‘Wow, if you’re not a kid who’s lucky enough to have a robotics team, you don’t have access to this stuff,'” says Jacobs.

The result is a 4,400-square-foot converted warehouse in Birmingham, decked out in silver paint on the exterior and full of color and open spaces inside. Each classroom includes a table with a huge pile of Legos that instructors help guests dig through to find whatever piece their hearts desire. The building lives up to its name with glass garage doors between the classrooms.

Very much a family business, the Jacobses’ three daughters each have their own offices upstairs. They’ve helped out with keeping the building neat and tidy and have also interacted with customers and assist on the business end.

Cool stuff to do here

The Robot Garage welcomes drop-ins and hosts a variety of classes, camps and workshops for kids ages 5 to 17.

Kids can build a city, design a robot, construct their own car and much more. Visitors can also browse through the store and purchase what they built based on weight.

“We are not one of those stores that are afraid of people touching things,” Jacobs says.

“The kids right now are working at vehicle camp. Each child has built their own car with their own transmissions,” says Jacobs.

When the kids came upon a concept that they didn’t understand fully, Auto Europe, a local car dealership, volunteered to show them how it worked. After seeing the transmissions in action, the kids were able to apply what they learned to their creations back at the garage.

Kids have also constructed Lego windmills powered by solar panels, Lego creations with motion sensors that are able to follow a line, and a powered Lego city the size of two large tables created by a group of young campers.

Things to see, people to meet

When you visit The Robot Garage, you might see the mechanical Ferris Wheel or Ball Machine on display, or perhaps the Statue of Liberty constructed entirely out of – you guessed it – Legos.

Lego mosaic pictures adorn the walls in the shop, where families can purchase a medley of funky science-inspired gadgets and toys.

The Jacobses said they hope that their little customers get even more out of their experience than just a really great time.

At both locations, drop-in closes 30 minutes before the store closes. Drop-in rates are $8/child for about two hours of play time.

This post was originally published in 2011 and is updated occasionally. 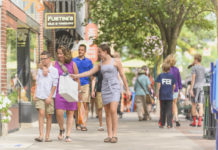 How to Start a Book Club for Kids 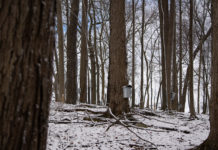