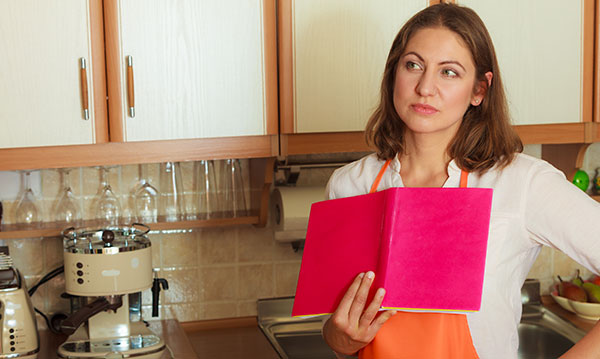 Whether you’re planning a small family gathering or a giant dinner, you want to do it with a bit of pizzazz. But it’s hard to put on a culinary show without wearing yourself out. Here are some tips from top Detroit chefs to help you manage your holiday feasts and dazzle and delight your family – and still have energy left so you can enjoy the festivities, too.

Plan – and jazz it up

Jerry Nottage, a professional chef who has experience cooking for many Detroit area restaurants and was the executive chef of the former Seldom Blues restaurant and jazz club, says, “Most cooks don’t leave enough time on the front end for preparation, and get overwhelmed.”

He recommends breaking down the tasks of preparing any holiday meal into steps. “It’s the way professionals work in restaurants,” he says. For instance, if you’re going to cook a frozen turkey, don’t wait until the night before to thaw it.

“Get it a week before and let it thaw slowly in the refrigerator (for) four or five days,” Nottage says. He suggests seasoning the meat the day before and cutting up any vegetables you need for your meal then, too.

Nottage is also a big fan of cooking the meat well in advance of serving, even if it means cooking it the night before and refrigerating. “Meats need to rest before you cut into them,” he says. “Cutting a turkey and serving it right away will draw the juices right out of it, and you will have one dry bird.”

Mix up the standard turkey or ham, too. Nottage suggests dishes and preparations not typical for winter months – “like barbecued Cornish game hens or even a classic grilled pork chop with cranberry and raisin sauce” – to rev up the palate without shaking tradition.

Nottage also urges home cooks to give up cans of cranberry sauce. “For just 99 cents, you can get a bag of fresh cranberries and do your own sauce very easily,” he says. Try a new twist with orange, apple or even mango.

Turn to the pros

The holidays have always been a big deal for Scott Conover, who started the former personal chef service in Wayne called Fresh Off the Gridiron. “Even when I was playing, I still cooked for the holidays,” says Conover, a former Detroit Lions linebacker. “I did all my prep the night before, so that I could put it in the oven after the game.”

Conover says bringing in a professional to work on the menu and do the cooking allows the host or hostess to concentrate on enjoying guests.

Local chef Adrian Holmes says at the home he shares with his mother, during the holidays, mom is in charge. “We go for the roasted turkey and dressing, collard greens and potato salad,” says Holmes. “My favorite is macaroni and cheese.”

Holmes suggests another option for holiday entertainers: Entrees and side dishes offered via catering services make it possible for families to do as much or as little cooking as they want.

“You can do the main dishes and pick up already prepared side dishes such as vegetables and salads, or you can pretty much pick up everything,” he says. Holmes also encourages having something on hand in the refrigerator to be served for impromptu gatherings.

All three chefs agree that you don’t have to do it all alone. “I ask family members to bring their favorite dessert,” says Conover, who leaves the holiday baking to others.

Don’t try to be super chef. Says Nottage, “When your guests or family members ask if they can bring something, let them.”

Whether you prepare your holiday fare yourself, pick up fixings to round out the meal or make it a team effort with help from guests, don’t forget the reason for the season. Take time to enjoy not just the food, but the family and friends that make all that prep worthwhile!