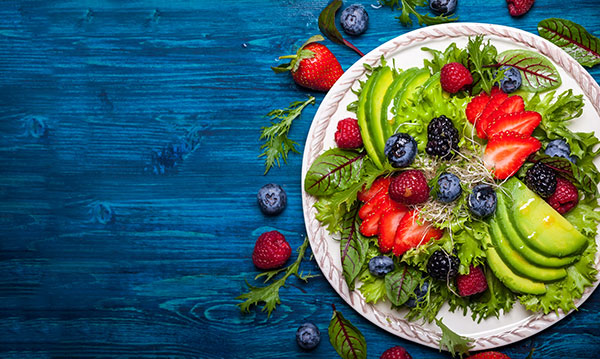 All parents want their kids to have healthy eating habits, but that doesn’t mean most moms and dads believe they’re doing a good job making it happen.

In fact, only a third of parents of kids ages 4-18 feel they’re succeeding at fostering healthy eating habits in their kids, according to a recent poll from the University of Michigan Health System.

The University of Michigan C.S. Mott Children’s Hospital National Poll on Children’s Health found that just over half of parents believe their children eat mostly healthy, and only one in six parents rate their children’s diets as “very nutritious,” according to a press release. A fourth of parents polled said their child’s diet is “somewhat or not healthy at all.”

“Most parents understand that they should provide healthy food for their children, but the reality of work schedules, children’s activities and different food preferences can make meal preparation a hectic and frustrating experience,” poll co-director Sarah Clark says in the release. “The tension between buying foods children like, and buying foods that are healthy, can be an ongoing struggle. Many of us know the feeling of spending time and money on a healthy meal only to have our children grimace at the sight of it and not take a single bite.”

Other data points from the poll – which involved 1,767 parents – include that one in five parents don’t think limiting their child’s intake of fast food or junk food is important, and that 16 percent said limiting sugary drinks is “somewhat or not important.”

Parents’ concern over an unhealthy diet also waned as children got older, according to the press release, with parents of teens less worried about unhealthy eating than parents of younger kids.

“Most parents want their children to eat as healthy as possible but may need help making that happen,” Clark says in the press release. That could include help with shopping, meal prep or ideas for healthier kid-friendly meals, she said.

Tips from a local dietitian

Lisa Merrill, a registered dietitian in Trenton, says some simple parent “lingo” to use with kids can go a long way in encouraging healthy eating habits.

Kids might also be inspired to eat healthy if you remind them the power of nutritious foods on their bodies. Encourage them to eat “foods that make you a better athlete,” Merrill encourages – foods that help them be a faster runner, higher jumper, better dancer or get to the end of the monkey bars.

Healthy foods also give kids better “brain power for school” and help them heal faster from injuries. “Foods that make you heal so you don’t need to wear the Band-Aid too long,” she says.

Here are some other tips from Merrill on how parents can encourage their kids to have a healthy diet.