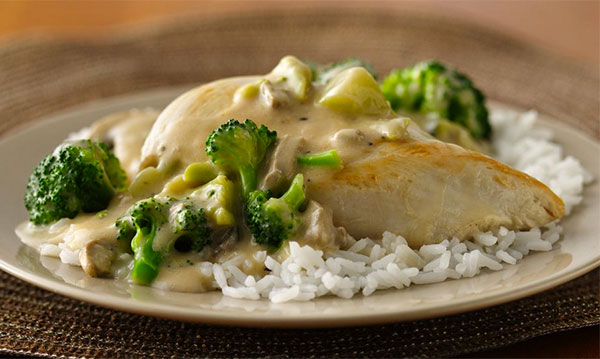 Dinner doesn’t need to take an hour and every meal doesn’t need to be a gourmet masterpiece. You can make fast, fun meals with just a few ingredients – in less than 30 minutes. For example, celebrity chef Rachael Ray cuts the time it takes to make a casserole by heating all the ingredients first and broiling it instead of baking. Or, use mushroom soup as a base of the sauce for skillet chicken and broccoli. Make the most of the season using the pork medallions with apples recipe. The smoked sausage chili skillet recipe is easy to double or triple so that you have plenty of leftovers. 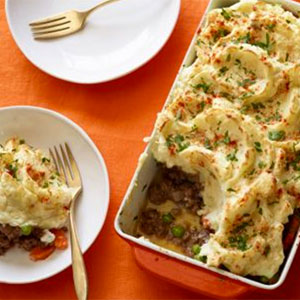 Prepping this shepherd’s pie from Rachael Ray is quick to make since you don’t bake it – you broil it! Boil peeled and cubed potatoes until soft and then whip with sour cream, cream and an egg yolk. Brown ground beef while the potatoes are boiling. Mix broth, seasoning and vegetables in with the beef. In a casserole dish, place the beef mixture then top with creamy potatoes. Broil for eight minutes until golden. 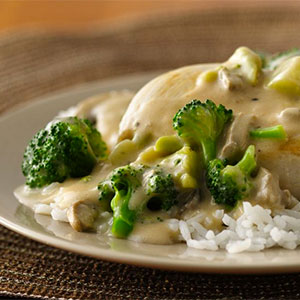 Sauté boneless, skinless chicken breasts until browned on both sides. Add frozen broccoli and cheese sauce along with creamy mushroom soup and heat for 10-15 minutes or until the chicken is tender. Serve over cooked rice and cover with sauce. That’s all you need to do to make this skillet chicken and broccoli from Pillsbury. 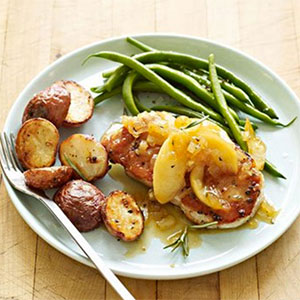 Toss potato pieces in oil and roast at 450 degrees F for 20 minutes while you prepare the pork. Season and cook pork cutlets until heated through. In a skillet, sauté sliced apples, onions and garlic. Mix in Dijon mustard and sprinkle with rosemary. This pork medallions with apples recipe from Family Circle is a perfect way to enjoy fresh apples. 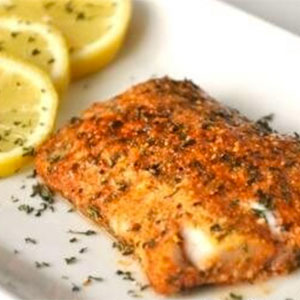 Coat tilapia with a mixture of Parmesan cheese, paprika and parsley – and bake for 12 minutes. In the meantime, cook fettuccine to serve alongside this Parmesan crusted fish from Panlasang Pinoy. Another idea? Serve with roasted veggies or rice pilaf. 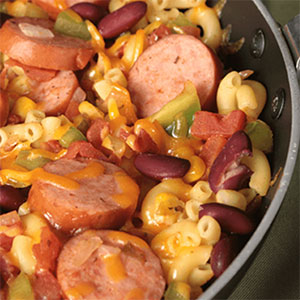 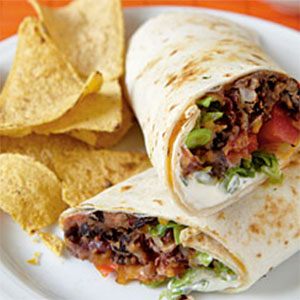 As the garlic sizzles in the skillet, add a can of drained black and kidney beans. Place a big scoop of beans in the center flour tortilla. Top with salsa, thin sliced lettuce, diced tomatoes, thinly sliced green onions, a dollop of sour cream and shredded cheese. Roll up these chipotle bean burritos from Cooking Light and add chips to the side for a yummy, weeknight meal.