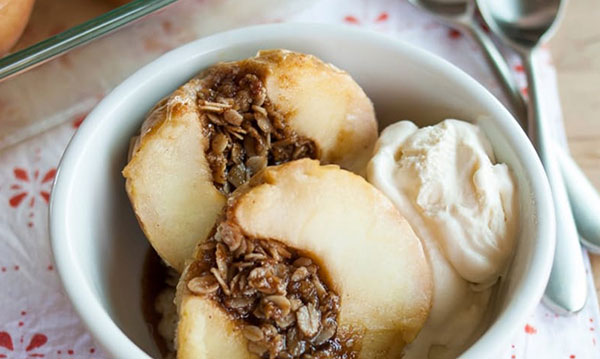 Signs of fall? Orange, yellow and red leaves blowing off the tree branches to coat the ground. Cool winds filling the air. Nights that seem to arrive sooner and sooner. And an apple pie baking in the oven, hints of cinnamon wafting through the kitchen. But for those days you want that apple pie flavor without all the work? Forget the pie plate – you can reinvent apple pie with these apple recipes. For something fast with few ingredients, make creamy apple pie parfaits or baked apples (top with plenty of whipped cream). Make apple pie pops using premade piecrust or craft baked apple cups with puff pastry. Apple pie never tasted so good! 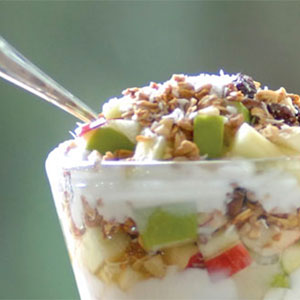 Toss together diced apples, lemon juice, maple syrup and cinnamon. Place the seasoned apples in the bottom of a glass bowl or cup. Top with heaping scoops of vanilla yogurt and then granola. Repeat with another layer. These apple pie parfaits from Stonyfield make for a quick, healthy afterschool snack or light dessert. 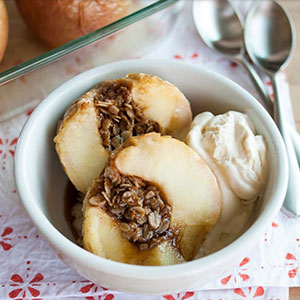 This recipe for baked apples from the kitchn is fun and easy to make with your kids. Combine brown sugar, oatmeal, cinnamon, nutmeg, and extras like chopped nuts or dried fruit. Core apples and then stuff with the oatmeal and top with a pat of butter. Bake and serve with a heaping scoop of ice cream. 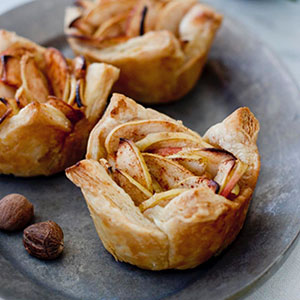 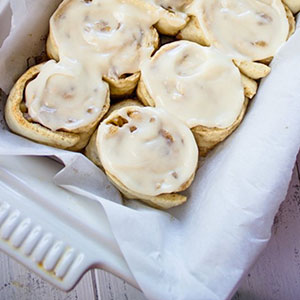 Mix together flour, lukewarm water, yeast, sugar, warm milk, egg and butter to create a soft, sweet dough. Knead the dough and allow to rise. Roll out the dough and slather with butter. Next, cook peeled, diced apple pieces in butter and seasonings and spread over the dough. Roll up. Cut into pieces and allow to rise once more before baking. Last step with these apple pie cinnamon rolls from Gimme Delicious Food? Cream cheese icing. 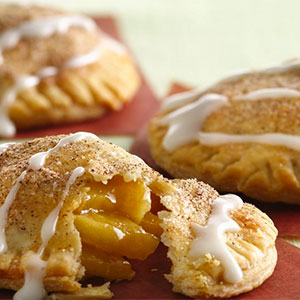 Saute thinly sliced apples in caramel topping. Unroll prepackaged, refrigerated pie crust and cut out 3″ rounds. Place apple mixture in the middle of the round and seal. Brush with an egg wash and sprinkle with cinnamon and sugar. Bake until golden brown to finish off these apple pie pops from Pillsbury. 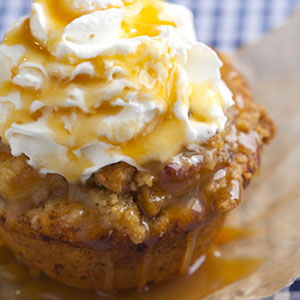 In a bowl, mix melted butter, diced apples, brown sugar, cinnamon and apples. Meanwhile, flatten refrigerated cinnamon rolls and press into a muffin tin. Fill each one with apples and then top with streusel made with butter, flour, brown sugar and walnuts. Bake these apple pie cupcakes from Betty Crocker and then top with whipped cream and a drizzle of caramel syrup.