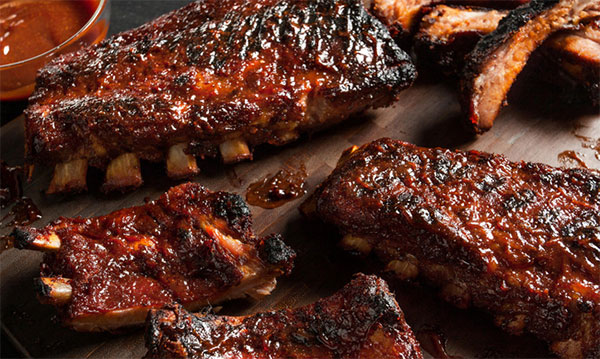 Skip the burgers and try something new on the grill – pork. What’s great about pork, beyond its ability to soak up marinades, is that it’s so versatile. For traditional barbecue fare, make easy BBQ baby back pork ribs. And for something different, try cooking up foolproof grilled pork tenderloin or grilled Hawaiian pork tenderloin. Or swap steaks for the best juicy grilled pork chops. Instead of beef or chicken, grill pork and onion kebabs. To avoid drying out the meat, follow the USDA’s new pork cooking temperature guidelines – the suggested internal temperature used to be 160 degrees Fahrenheit, now it’s 145 degrees Fahrenheit. 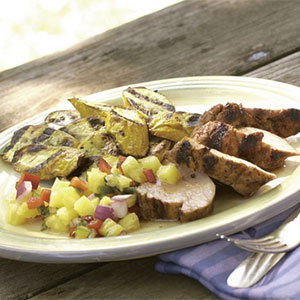 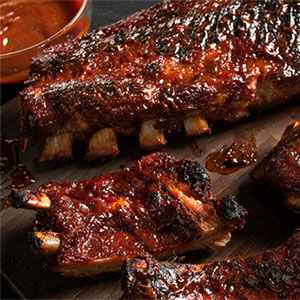 For this easy BBQ baby back pork ribs from CHOW, there are several steps but they’re all simple – promise! Coat the ribs with a spice rub and bake until fork tender. Grill the ribs, basting with homemade barbecue sauce. 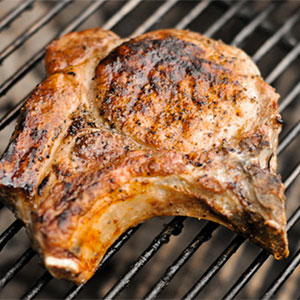 Brining helps meat retain its juiciness and gives it a hint of saltiness. Create a brine for thick-cut pork chops using salt and sugar mixed into ice cold water. Refrigerate the pork chops for an hour. Pat dry before placing the pork chops on a hot grill. Cook for 3 to 5 minutes on each side, then allow to sit before cutting. That’s it to make the best juicy grilled pork chops from Serious Eats. 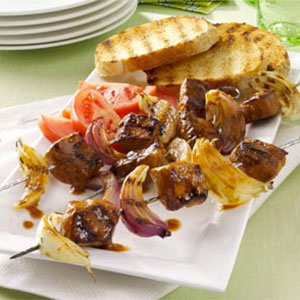 Beyond of ribs or chops, here’s another fun way to use pork – these pork and onion kebabs from Taste of Home. Cut up bite-sized pieces of pork and marinate overnight in a sauce made up of soy sauce, honey and chili sauce. Thread the meat and onion wedges onto bamboo sticks (that have been soaked in water) or onto metal grilling skewers. 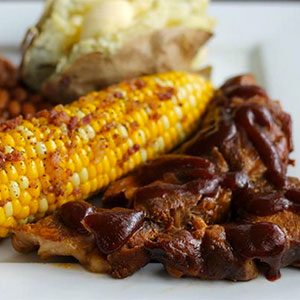 Rainy day? Capture that just-grilled flavor with your Crock-Pot. With this easy slow cooker country-style ribs recipe from Kraft it’s simple. Place the meat into the slow cooker and then pour barbecue sauce on top that’s been thinned with vinegar. Cook on low for 6 to 8 hours.