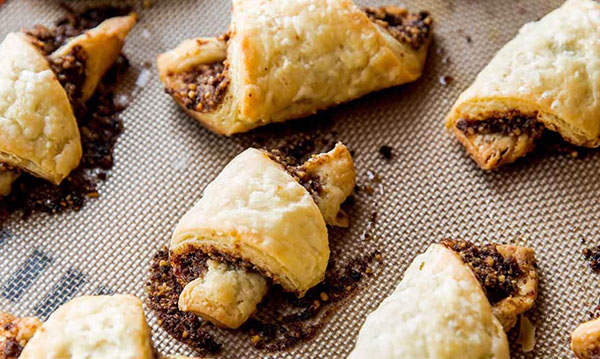 Many rich traditions go into celebrating Hanukkah, including the lighting of the menorah. Add to the festivities by serving Hanukkah food items that commemorate this celebration, which is often called the Festival of Lights. Whip up a batch of light fluffy matzah balls to stir into chicken soup. For your meal, make up twice-baked beef brisket with onions and potato latkes with mandel bread to the side. And when it’s time for dessert offer your family rugelach along with plenty of jelly filled doughnuts. 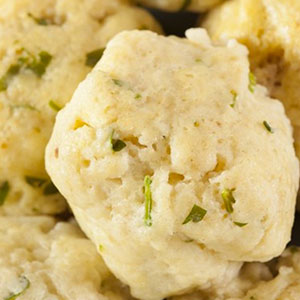 With a texture like a soft, airy dumpling, these fluffy matzah balls from Epicurious have only a few ingredients. Whisk eggs before adding in chicken broth, matzah meal, oil, soda water and salt and pepper to taste. Roll into balls about the size of golf balls. These matzah balls are perfect in a chicken soup. 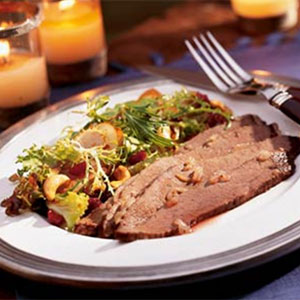 For a main dish, try this twice-baked beef brisket with onions from Sunset. Trim the fat from the brisket and then sprinkle with onion soup mix, brown sugar and then cover with thinly sliced onions. Pour over red wine in a pan and cover before baking at low heat for 2 hours. Chill, then thinly slice. Heat the slices before serving. 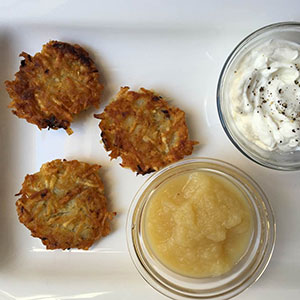 Potato latkes look deceptively easy to make. But this recipe for potato latkes from Today will walk you through everything you need to know. Grate potatoes versus using a food processor. Another tip? Wring out any excess moisture before adding in dry ingredients, like flour. Drop the batter into hot oil and crisp. 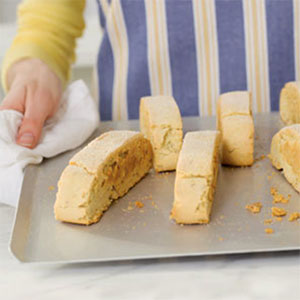 Despite its name, this mandel bread from Real Simple, is more like a cookie versus a soft loaf of bread. Also known as mondel bread, or Mandelbrot, the eggy dough includes vanilla, flour, oil, sugar and cinnamon but no yeast – it’s leavening comes from baking powder. Form the dough into a loaf and bake once. Then cut into pieces and bake again until crisped. 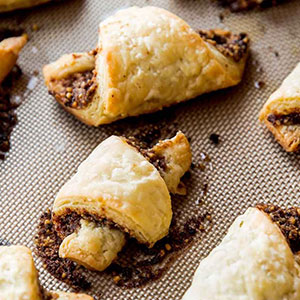 Start this recipe for rugelach from King Arthur Flour with a dough made up of flour, butter, cream cheese and sour cream. In other words, a rich cookie dough that becomes golden. Cut the dough into triangles and fill with a combination of brown sugar, walnuts, raisins and cinnamon before rolling up and baking until crisp. 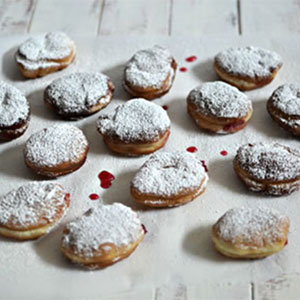 Ready for a bit of a challenge? Then try making these jelly filled doughnuts, or sufganiyot, from Chabad.org. Create yeasted dough and let rise once before rolling out and shaping into circles. Let the circles rise briefly before putting them into a fryer (a wok works for this). Place jelly into a plastic bag. Poke a hole in the side of each circle and fill with the jelly. Sprinkle with powdered sugar.