No matter how magnetized, pint-sized or digitized, travel games for kids run two big risks: lost pieces and short "shelf life." But one savvy southeast Michigan mom has swooped in and conquered both – with Slooooks!

Necessity was the mother of this invention, by Kate Patterson of Grosse Pointe Park. She'd whipped up a scavenger hunt for her daughter's birthday party. It was such a hit, she tried converting it to a board game. However, the kids' interest waned once they puzzled out all the clues.

"My observation is the more specific the toy, the more bored children become with it," says Patterson, who also runs her own interior design business. But if it's broader, bam – staying power.

"That's what I tried to do with the game," she says. "I made it more general so that it can go anywhere. It changes all the time."

The name Slooooks! is a mix of "spin," "look" and "slide" – and each "o" channels peepers ("I had kind of envisioned these eyes looking around," Patternson explains).

So, appropriately, this eye-popping little parcel adds an "I Spy" twist to the scavenger hunt. Striking in its simplicity, it looks like a hardbound book with a super-thick spine and no pages. In it, there's a spinner on each side: One with eight colors, and the other with each letter of the alphabet. Spin both; then, hunt down stuff that starts with that letter, in that color.

Each person or team racks-up the finds before the timer – which is cleverly stashed in a secure holster – runs out. To keep tabs? Just slide out one of 10 color-coded "eyes" on the quirky characters that surround the spinners (the illustrations are by Rochester Hills dad and designer Tom Helland).

What's so rad – and earned the game both 2011 Dr. Toy Best Vacation Product award and Creative Child Game of the Year nod, along with the an award from Creative Child magazine and the Parents' Choice foundation, Patterson says – is that it's crazy portable, easy to learn (average time one minute!) and playable just about anywhere, from road trips to restaurants, indoors or outside – heck, even in the waiting room. No "objects" to find? No problem: Play "Mind Slooooks": Whatever your kids can "think up" is fair play.

It's adaptable for age, too. Wee ones can play "Junior" style, using just one spinner. Older kids – like Patterson's two daughters, ages 8 and 13 – may dig the "Speed" version (try to spot more than one item on each turn). Or, for the entire family, "Challenge" lets everyone play at the same time.

"Parents love that it's something that all their kids can play together," Patterson adds. "It's quite dependent on luck, so it's not like the little one is always losing."

Fun for ages 3-plus, (and ideal for two to four players), you can buy Slooooks! for $17.95 at Amazon.com or at select local stores, including Village Toy Company, Beaumont Hospital gift shop and Small Favors in the Grosse Pointes; Whistle Stop Hobby & Toy, Inc. and Circare in St. Clair Shores; Adventures in Toys in Birmingham, and via Teacher's Discovery in Auburn Hills. 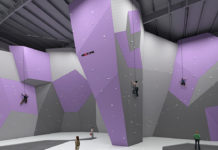