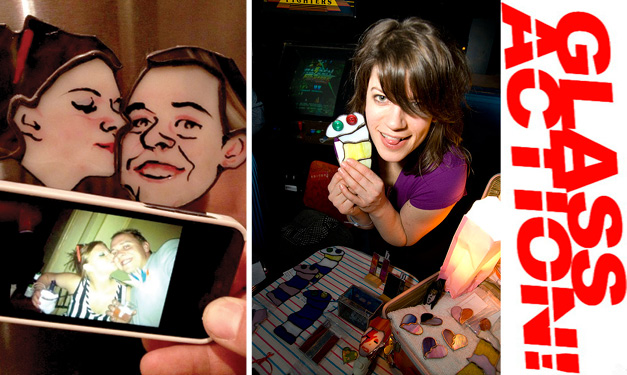 In her independent craft business, Carey Gustafson likes to say she's been "making weirdo stained glass for all types of people on a fairly regular basis since 2005." Since that beginning, the crafty Ferndale mom of Lucy, 4, has been beefing up her custom offerings too, turning into even more of a family venture.

She sells her Glass Action! wares on Etsy – as well as at local alternative-craft show staples like the Detroit Urban Craft Fair. You might have spotted them around town: She's known for her rock 'n' roll nightlights feature the likes of Price, David Bowie and Iggy Pop.

But you don't have to be Glen Danzig to get your image cast in glass. Gustafson does one-of-a-kind orders of kids, parents, pets and more. Simply send a fave family photo to Glass Action! to get a quote and get started.

As a busy parent, Gustafson says she "seriously loves" the freedom of her art. "I can start and stop, put something down and it's there in its same state when I return," she says. "Stealing time between naps and play dates, it's perfect." (And Lucy has been known to help pose for the occasional photo shoot of a finished product.)

Mom's history with stained glass goes back even earlier – "way, WAY back in the early '90s," Gustafson says. She quickly leapt from drawing images that were transposed to glass to learning to actually fabricate the artwork herself.

"The history and craftsmanship has kept me hooked and still learning (and cheating) for all these years," she says. "It's very exciting to cross paths with other glass artisans. We're a rare breed."

Beyond nightlights, her portrait work can also tidily translate to pendants and full-on panels to catch the sunlight through your family room window. "I could even construct it to have a glass base with a candleholder, ready to go!" 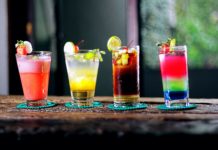 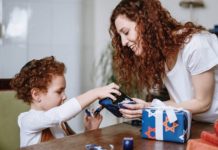