From the September 2016 magazine 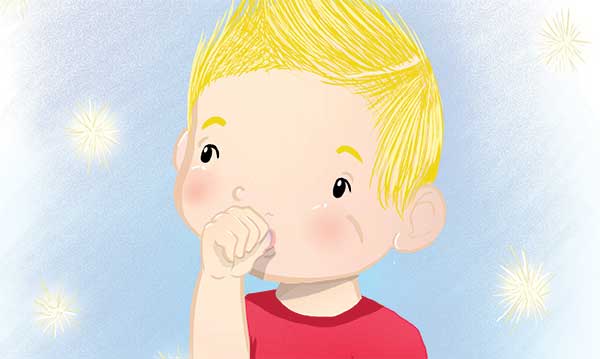 Many kids’ hands have chewed-up nails and calloused thumbs. The culprits – biting and sucking – are pesky habits parents try to “clip.” And for good reason: They can cause infections, dental issues and teasing from other kids.

But could there be a silver lining? Maybe. A new study published in Pediatrics found children who sucked their thumbs or bit their nails between ages 5 and 11 were less likely to develop allergic reactions to dust mites, pet fur and grass.

And, since allergies are the most common health issue for U.S. kids according to the Asthma and Allergy Foundation of America, that’s notable.

“We don’t see it slowing down at all,” says Dr. Devang Doshi, chief of pediatric allergy and immunology at Beaumont Hospital – Royal Oak. In 2012, 8.8 million kids had skin allergies while 6 million had food allergies, the AAFA notes.

Researchers set out to test the hygiene hypothesis, which says a lack of early childhood exposure to germs creates a higher rate of asthma and other conditions.

“As we evolved over the last 50 to 60 years, the use of antibiotics and allowing the body to not get sick with the advent of vaccines and refrigerated foods has prevented us from getting sick,” adds Doshi, who also owns the Allergy, Asthma & Pulmonary Center in Royal Oak. Basically, by protecting the body, we may have created more harm than good.

The study began in the early ’70s. Researchers tracked 1,000 kids born in New Zealand from ages 5 to 32. When the children were ages 5, 7, 9 and 11, their parents filled out questionnaires about the kids’ thumb-sucking and nail-biting habits (31 percent of the kids did these things). At 13 and 32, participants were given tests to check for allergies.

The findings? The suckers/biters were “less likely” to have positive results at 13. “This reduced risk persisted until adulthood.” But proceed with caution here.

“The amount of bacteria and things that reside in our nail beds and our hands is astronomical,” Doshi says. Sucking and biting gives those pathogens a direct path into the body. Plus, he says, consider that 90 percent of food allergies for kids under 5 involve milk, eggs, wheat and soy – which many outgrow by 5.

Thumb sucking and nail biting are really tough behaviors to crack, Doshi says. Both are “nervous” habits, so the last thing you want to do is scold your children or create additional anxiety. Try not to get frustrated, says Doshi.

Instead, talk to your child constructively about changing habits. Whatever you try, explain your approach to kids first, adds the American Academy of Pediatrics.

As for tools and tactics, bandages or nail polish can make nail biting more challenging. Or Doshi suggests a clear polish that has a bad aftertaste. “If kids bite their nails, the taste is bitter so it’s supposed to deter them from doing it.” Check a local pharmacy or Amazon for polishes like Ecrinal Bitter Polish or Hoof Hands Kick the Habit Nail-Biting Deterrent.

With thumb sucking, the first tip? Ignore it, the AAP says. That’s right: “Most often, they will stop on their own,” the organization says – especially once school starts.

Avoid harsh words and punishments, AAP adds. Also, Doshi says, whatever you do, don’t use a pacifier as a replacement. Instead try substitutes like Silly Putty to keep little hands busy, BabyCenter says.

Offering rewards also helps. “Depending on their age, apart from food, I would say little tiny stuffed animals or a special day at the zoo,” Doshi says.

The Mayo Clinic suggests placing stickers on a calendar to record the days your child did not suck her thumb. Gentle reminders are great too, Mayo says; avoid embarrassing your kid, especially in public, by using a special hand signal or private cue instead.