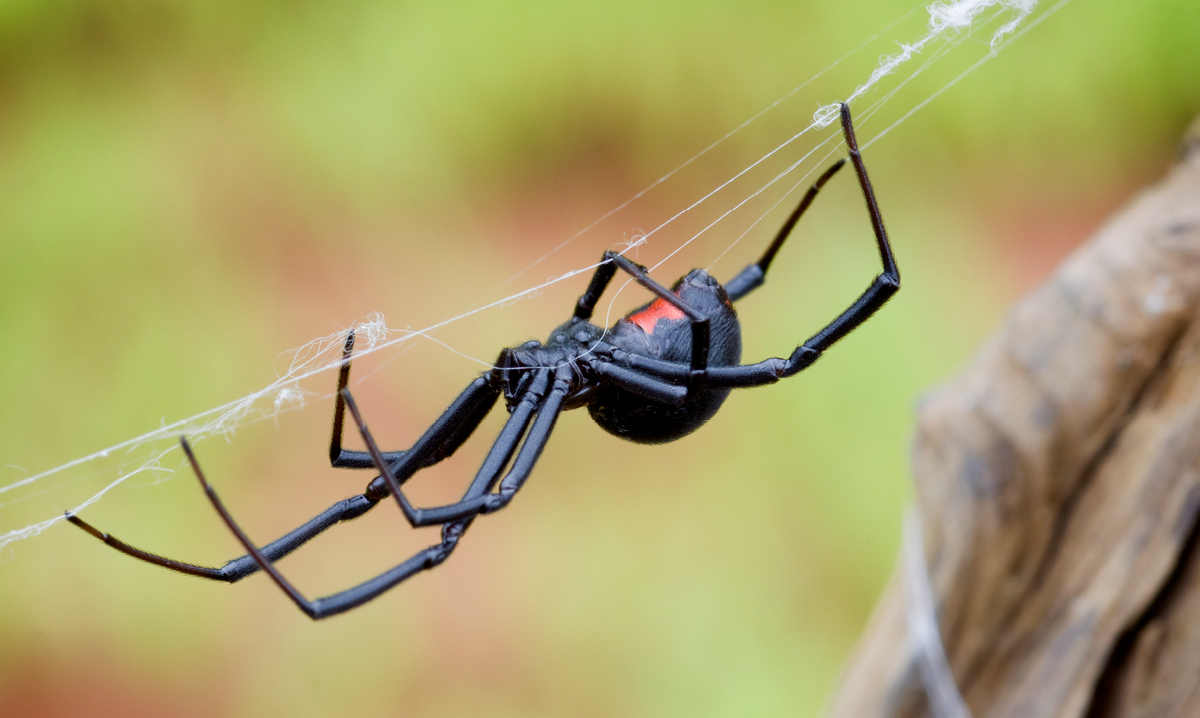 I hate bees and wasps. I understand their importance to the planet – and the survival of just about everyone and everything on it – but they still freak me out.

See, when I was a kid, one stung me, and I had a pretty bad reaction that left me wary. Over the years, though, bees and I have found a way to live in harmony – but that doesn’t mean that I’m keen to meet the business end of their stingers ever again.

I’m sure plenty of parents and kids out there feel the same. Bee stings and other bug bites are no fun. In fact, depending on what creepy crawler nips at you, they can even be deadly.

Luckily, here in Great Lakes State, there aren’t many bugs that can cause much more than a bit of itching – and, thanks to winter, we only have to deal with most of them for half the year. Still, if your kids like to be out and about during the warmer months, there’s a chance they could become a bug’s buffet.

So, to help you identify that bump on Junior’s leg, we spoke to an expert about the most common different kinds of bug bites in Michigan – and did a little digging into the most dangerous ones, too, so that you know what to do if an insect takes a nibble.

Dr. Leonard Pollack, the division head of inpatient pediatrics with Henry Ford Health System in Detroit, explains that medical professionals tend to worry about three things when it comes to bug bites: the body’s reaction to the bite, diseases the insect may carry and any toxins the bug may possess.

“(Allergic reactions) can range from very mild, like itching associated with mosquito bites, to the life-threatening reactions,” Pollack says. “Someone who is very allergic to a bee sting or a wasp can have an immediate anaphylactic reaction, (and) those can be fatal.”

Health issues like Lyme disease, Rocky Mountain spotted fever and West Nile virus are also a concern for doctors whose patients have been bitten by mosquitos or ticks, as are venomous spiders – though less so in Michigan than other states.

“We don’t really see many (poisonous bites) in Michigan because we don’t have very many of those insects,” Pollack explains.

That said, there are still bugs in our state that bite, and that parents should be aware of which ones. Here are a few of the most common different kinds of bug bites in Michigan.

Michigan is surrounded by water, so mosquitos, which thrive in and around standing water, are a common thing for us. Their bites, according to Royal Oak-based Beaumont, appear as small red bumps that are very itchy.

“We see tons of kids with mosquito bites,” Pollack says. “Depending on how they react to them, they can be a minor nuisance or a major nuisance.”

These bites typically don’t require medical attention unless the child is having an adverse reaction to them or is exhibiting signs of West Nile virus or other diseases carried by the bug.

Another Michigan-native bloodsucker is the bed bug. Pollack says he doesn’t see a lot of these bites, but that parents ask about them a lot.

Their bites usually appear in a straight row on the arms or shoulders, WebMD notes. They tend to be red and itchy.

Signs of bed bugs in your home include rust-colored spots on your bed, exoskeletons on your mattress or actual bugs in the bed (they’re about the size of apple seeds and long, flat, oval-shaped and brown, the Environmental Protection Agency notes).

These parasites aren’t just for dogs and cats. They’ll bite a human if they come in contact with one, Pollack says. The good news is that fleas found in Michigan usually don’t carry diseases.

Look for round itchy bumps on the skin, similar to mosquito bites. Hives or rashes may develop up to 24 hours after the bite if the host is allergic.

You’ll more than likely know if you have a tick bite on your hands because these suckers burrow into the skin as they feed on your blood.

Tick bites usually don’t hurt and usually aren’t itchy. After the tick releases or is removed, its bites appear as small red bumps, WebMD reports. However, if the bumps spread to other areas of the body, turn purple or you get aches, chills, fever or a headache, you should see a doctor – as those are signs of tick-borne illnesses.

For more information, see our guide on how to avoid and treat tick bites.

Though technically these bugs don’t bite, bees, wasps and hornets’ stingers can cause some serious problems for those that have bee allergies.

A normal bee sting will cause some swelling, itching, redness and warmth. Those allergic to bees, however, may experience anaphylaxis, abdominal cramping, drop in blood pressure, dizziness and even cardiac arrest, Beaumont notes.

Kids that are allergic or are stung in the mouth, nose or throat should seek medical attention. But if the reaction is minimal, Beaumont suggests washing the area with soap and water before removing the stinger by scraping it with a credit card or butter knife.

While the majority of bugs in Michigan may be little more than pests, there are two spiders that can be a bit more troublesome, according to Kalamazoo-based Griffin Pest Solutions, which has a local branch office in Livonia.

Michigan weather typically keeps these spiders at bay. However, in recent years, these arachnids have been spotted locally in Oakland, Washtenaw, Wayne, Livingston and Lenawee counties, among others.

As the name suggests, this spider is tan and dark brown with a violin-shaped mark on its thorax. It can be found in rotting wood or cardboard and typically only bites in self-defense.

These bites are usually not painful initially but evolve into a sting and then into intense pain up to eight hours later. Afterwards, a small blister and necrosis – the death of body tissue – develops.

Like the brown recluse, black widow spiders also only bite when they feel threatened. They’re easily recognizable because of the red hourglass shape on their abdomens and are typically found in the Lower Peninsula’s southwest region in dark and damp places.

Bites show up as two small punctures and, because the venom of a black widow attacks the nervous system, cause muscle cramps, abdominal pain, weakness and tremors.

If you find your family out where some of these bugs are prevalent, Pollack has a few tips to lower your chances of getting bit by one.

“Wearing clothing that covers you helps, because (bugs) are less likely to bite through clothing,” he says. Insect repellent with DEET can also help keep bugs off, but you should be mindful of how much you’re exposing kids to.

“We do try to limit the DEET in the younger kids,” Pollack says. “I try to avoid DEET for kids under about age 2. I don’t like 30-percent DEET. I’d rather have the 10-percent DEET, but you have to balance kind of the potential risk of the DEET exposure to the risk of the environment.”

If your child does end up bitten, most of the time a cool compress will combat the swelling and antihistamines – or calamine lotion will help with the itching, he says. However, if the child has exhibited any type of allergic reaction to a bite, he or she should carry an EpiPen.

Also, the doc suggests that if you’re traveling you check with a reliable source on that area’s bugs so that you can avoid bites abroad.

“Just because we don’t see it in Michigan doesn’t mean they don’t exist anywhere else.”

Have you run afoul of any other common different kinds of bug bites in Michigan? Let us know in the comments.