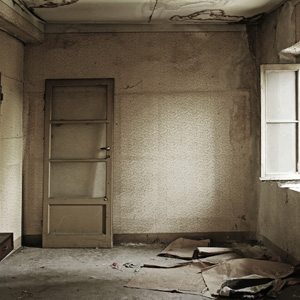 When people buy homes, they typically don’t worry if the walls are poisonous – or if they’ll have to spend extra money cleaning up what was once a methamphetamine laboratory.

Yet for some, like the Hankins family in Klamath Falls, Ore., that nightmare is a reality.

Jonathan Hankins, his wife Beth and their son 2-year-old son Ezra moved into a foreclosed home in the small Oregon town this summer. Within the first few weeks of living there, the family was having trouble breathing, suffering from migraines and nosebleeds, and baby Ezra had mouth sores, Yahoo News reported.

The neighbor told them the house had previously been a “meth house,” according to Yahoo, and when the Hankins tested their home, the test results confirmed their fears.

“Our walls were poisoning us,” Jonathan Hankins told Yahoo News. The Daily Mail reported the family moved into a rental home, and that they are “facing financial ruin.”

Unfortunately, the Hankins family isn’t the only family with this experience.

In 2009, the Holt family of Winchester, Tenn. told The New York Times that they, too, experienced breathing issues, migraines and even kidney problems. Even their small children had breathing challenges that were so serious, they made trips to the emergency room – and one of their toddlers needed steroid treatment, NYT reported. The Holts were told they would need to spend more than $30,000 in cleanup costs to decontaminate their home.

How can southeast Michigan families avoid the same fate? And how can foreclosed-home buyers be sure their children are safe?

In 2011, there were a total of 10,287 meth lab-related incidents in the United States, with 355 of them in Michigan, the Drug Enforcement Administration says.

The Michigan Department of Community Health has Clandestine Drug Laboratory cleanup guidelines published to the state government and state police’s websites. This guide details the steps law enforcement should take when discovering a drug lab and what should be done to decontaminate the space.

However, Michigan’s decontamination guidelines are just that – guidelines, and not laws, says Joe Mazzuca, CEO of operations at Meth Lab Cleanup, a nationwide decontamination and training company. The company, which has been operating nationwide since 2003, receives a call every three to five minutes, he told Metro Parent.

Even though the Hankins family in Oregon bought their home from the government-sponsored Freddie Mac, Freddie Mac told Yahoo it didn’t know about the home’s shady past.

That’s because the foreclosure process can be “convoluted,” Mazzuca says, and often, details on the homes past can “slip through the cracks” during the long process – even if it has been reported.

People can interview health departments, check national registries and talk to law enforcement, Mazzuca says, “but most properties never undergo any seizures.” In the United States, only one in 10 meth labs is busted, he says.

What to look for in the home

Are there any visible signs a home was once a drug lab? “Of course,” Mazzuca says. There are usually chemical stains on carpets and drains, he says.

Even though meth itself is not considered a hazardous material, the chemicals used to concoct it are, he says. So people living in a contaminated space will experience acute symptoms common with exposure to hazardous materials, such as eye and skin irritation, and respiratory issues.

To avoid buying a contaminated home, or to check if you’re living in one, homeowners and renters can check the DEA’s National Clandestine Drug Laboratory Register before moving into a home.

But, just in case the home hasn’t been reported as a former drug lab, Mazzuca says, “it’s pretty easy” to tell if your home has been used for drugs.

“It’s a matter of buying a kit and taking a sample,” he says. Meth Lab Cleanup sells testing kits with the same materials the company uses for onsite tests, and the results are sent to the same laboratory they use, he adds.

But an important step to take to avoid buying a former meth lab – or to find out about a home’s history, period – is to do some local research.

“(It’s) always a good idea to chat with the nosy neighbors,” Mazzuca says, noting that a majority of tips from neighbors come back with conclusive results.

If a home is contaminated with meth residue, there are remediation and decontamination companies that can take care of it, such as Meth Lab Cleanup, which has crews in every state, Mazzuca says. Decontamination costs vary by state, but in Michigan, it can range anywhere from $5,000 to $12,000 depending on the size of the home and how contaminated it is, he says.

However, make sure you “check a company’s certification” before you hire them to decontaminate, he adds. Michigan has no set laws on decontamination of a former meth lab, Mazzuca notes; therefore, training isn’t required to run a decontamination company. 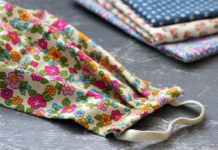