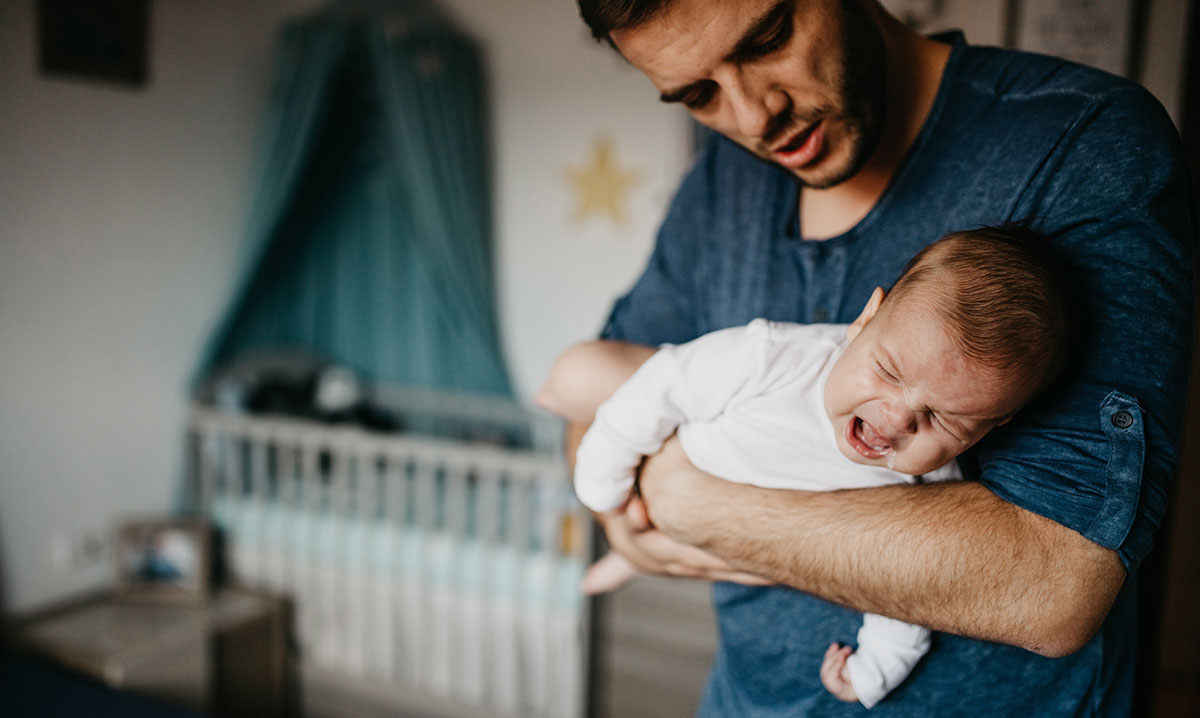 Getting spit up on by an infant is a rite of passage for new parents. After all, baby’s belly is small and the space between the esophagus and stomach, known as the esophageal sphincter, hasn’t matured. So it’s easy for some of that milk, formula or baby food to make its way back up the esophagus.

While it’s messy, most of the time the reflux is normal, says Dr. Kristen Cares, M.D., a pediatric gastroenterologist with Children’s Hospital of Michigan. In some cases, though, that spit up could be a sign of gastroesophageal reflux disease, also known as GERD.

“Gastroesophageal reflux is where contents in our stomachs jump up into our esophagus,” Dr. Cares says. “That can be perfectly normal even up to 73 times a day, but some patients have more episodes of it or it causes irritation in their esophagus. And, when that happens, it is considered gastroesophageal reflux disease, or GERD. This is when patient’s start developing symptoms.”

GERD is less common, she notes, impacting one to two of 1,000 babies at less than a year of age. However, it can cause concern for parents who don’t understand why it’s happening – and plenty of discomfort for babies.

Babies who spit up after a feeding – whether it’s formula or breast milk – but don’t seem to be in distress are experiencing normal physiological reflux. These babies are known as “happy spitter uppers,” Dr. Cares says. They are gaining weight and feeling comfortable after their feedings – and, over time, they outgrow spitting up.

“As they get older, after 6 months of age, then it’s no longer as common,” she says. “Usually by 1 year of age, it drops from 67 percent to less than 5 percent.”

Babies with GERD, however, experience discomfort during and after feeding time. They are agitated, they cry, arch their backs and are hard to burp. “When we try to feed them, they are fussy, they are pushing away the bottle,” she says.

“Sometimes in babies, they could have reflux without actually spitting up the milk,” Dr. Cares notes. “So that can look like struggling to get their baby to feed, arching their back after a feed, noisy breathing after they eat. They can sound gurgly.”

Most infants will outgrow these issues as their bodies develop, but there is often a spike in GERD as kids hit their teenage years, she notes, and this could be due to stress and diet changes.

Younger children who experience this issue tend to complain of belly pain after eating food, refuse to eat, feel nauseated or experience abdominal pain near the rib cage.

“The older a child is, the better they are able to describe their symptoms,” she says. Teens often complain of heartburn, acid in the back of their throat and nausea. “Another complaint is, ‘I really want to eat, but when I eat I can only have one bite because I’m full or have discomfort,'” she says.

Keeping baby upright after feeding and burping baby in the middle of feedings can help those who are experiencing both normal physiological reflux and GERD.

“Sometimes additional treatments are needed for GERD. If they have feeding difficulties, latching issues, or choking on feeds, we may send them to see a feeding therapist,” she says. “If that’s not the case, they may consider changing the milk to a different type of milk or, if mom is breastfeeding, trialing a dairy and/or soy elimination.”

If diet isn’t an issue, find out what’s going on with your child at school, as stress can play a role in reflux.

Reflux medication can be considered. Parents can discuss medications with their child’s doctor, she adds.

If infants are spitting up a large quantity from birth with every single feed and if they vomit yellow or green, it’s a red flag. Likewise, if the reflux began after 6 months old, it could be a sign of something more serious, so Dr. Cares suggests seeing a specialist.

If older kids are having difficulty swallowing solids – if they feel like the solids are getting stuck in their chest – it may be something outside of reflux, she adds.

There also are some extraesophageal manifestations to consider, which are related to acid reflux but present in different ways. They include asthma or noisy breathing, a persistent cough, persistent ear infections and sinus infections. See a specialist if symptoms do not lessen.

For more information on pediatric gastroenterology at Children’s Hospital of Michigan, visit childrensdmc.org.