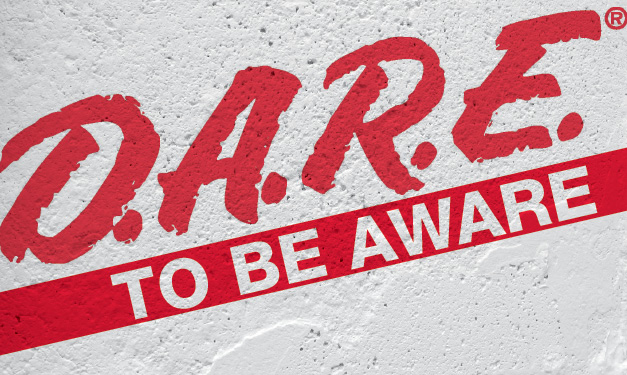 “He was not the kid I knew at all,” the Shelby Township dad recalls. “I knew it wasn’t him, and I couldn’t reach him.”

The blank stares, slipping grades and countless fights were too much to brush off as typical teen rebellion. Miskokomon, who asked that his teen son not be named, started to wonder if his son was using drugs. He administered drug tests to his son when it was time for the teen to get a driver’s license, but the results came up clean each time.

“I had a false sense of security,” he says of the negative tests – but he knew his child “still wasn’t acting himself.” As his relationship with his son further dwindled, he continued searching for the reason why.

A worried Miskokomon researched the substance online and discovered the potpourri he found in his son’s room was actually K2, or “Spice” – a synthetic drug made of herbs, sprayed with chemicals and manufactured to mock the effects of marijuana when smoked, according to the U.S. Drug Enforcement Administration.

The designer drug didn’t show up on drug tests, was addictive, and – shockingly enough – was perfectly legal.

Miskokomon’s son, now 17, had been smoking K2 for about a year and a half when Miskokomon found out. The teen had been buying it at a local gas station and smoke shop.

“It was like living a nightmare,” Miskokomon says of that time. “A lot of times I’d worry if he was coming home, (or) if I was going to find him alive in the morning.”

K2 received big headlines this summer as communities from Ann Arbor to Detroit to the entire county of Macomb passed ordinances banning the sale of it and other synthetic drugs, such as “bath salts.” Within weeks, the state legislature fast-tracked a bill banning the sale of the drug statewide, and Gov. Rick Snyder officially kiboshed K2’s legal status by signing the bill into law on June 19, 2012.

But while parents and politicians rejoiced, drug treatment experts and law enforcement officials had a more tempered response. They, after all, are on the front lines of teen drug use, and were well aware that K2 was just the latest teen drug trend. Banning one type of drug – while crucial – was just one battle in a war that may never be won.

After all, approximately 50 percent of high school seniors have tried an illicit drug in their lifetimes, and approximately 20 percent of eighth-graders have done the same, according to the national “Monitoring the Future Study” released by the University of Michigan in December 2011.

The prevalence, the problem and the publicity beg the question: Is there any way to stop teens from getting high?

Why teens do drugs

As long as there have been drugs, teens have experimented with them. The risky teenage behavior has to do with brain development, says Dr. Charlene McGunn, executive director of Chippewa Valley Coalition for Youth and Families, an anti-drug organization based in Clinton Township.

“The brain of an adolescent is research-proven to be a work in progress,” she says, noting that MRI studies have shown “the brain is really not fully developed … until into the 20s.”

Of course, there are social reasons teens dabble with drugs, too.

“Kids are curious and they will try things,” says Mark Hackel, Macomb County’s executive and former county sheriff. Hackel helped Macomb become one of the first counties in southeast Michigan to ban the sale of K2 in early June.

Hackel says “it’s not one thing” that causes teens to try drugs. Rather, he thinks, “it has a lot to do with society in general.”

Hackel says teens sometimes try drugs and drink alcohol because of the examples they’re seeing on TV, among peers or even in their own homes.

For example, if parents come home from a party and tell a friend on the phone about how drunk they were, or if they come home from work and drink several beers a night, they’re sending their teen the message that “it can’t be that bad,” he says.

“We unfortunately don’t set a very good example for kids in our daily lives,” Hackel says. “(The) reality is we don’t realize the impact we’re having on kids.”

When all of these influences mix with teenage curiosity, kids try drugs for the first time – or “the worst time,” as Hackel puts it, because the teen is then “always chasing that same high.”

McGunn says that a majority of alcoholics and drug users began using during adolescence.

“We don’t know the long-term implications of drug use on the developing brain,” McGunn says. “What we do know is that if we can postpone the use of alcohol until the age of 21, we will not, very likely, have an alcoholic.”

Following the battle to get his son help and inform others about K2’s dangers, Miskokomon has formulated advice for other parents: “Get more involved.”

Parents, he says, are “so busy” with their “day-to-day lives” that sometimes, they believe “as long as my kids aren’t in trouble, they’re fine.”

“I just think as parents, we need to step back and take time with our kids,” Miskokomon says. “Pay attention to what’s going on in their lives.”

And if parents see a change in their teen’s behavior, he says, “Ask why.”

As McGunn has found through the teen focus groups she studies with her coalition, teens want their parents to be involved in their lives, and studies have shown that parental involvement is one of the biggest factors in preventing teen drug use.

“(Teens) don’t want parents to be controlling their every movement,” she says, but “they want parents to be involved. They really want parents to listen.” When parents supervise their teens’ actions and whereabouts, get involved at their schools and listen to their thoughts and feelings – even those they don’t like – teens feel protected and cared for.

“All the common-sense parenting ideas are really the most important things that can occur for kids to keep them from experimenting,” she says.

Teens are susceptible to making bad decisions based on their premature brains, so “parental presence is so very important” to help kids make the right choices, McGunn says.

To talk to teens about drugs, parents must be informed, McGunn stresses.

“In terms of what parents should be aware of, I think it starts with parents educating themselves on current trends,” she says.

The next step is having a conversation about drugs with kids at a young age.

“Basically by starting to ask what the teen knows, (and) what they’re observing,” parents can start the dialogue, she says. She suggests parents also do this by “expressing considerable concern about any drug – alcohol, marijuana, tobacco – really anything at all that might be used.”

And again, parents should also keep in mind the examples they’re setting for teens, Hackel says.

“I think they need to start realizing it’s our responsibility to set the tone,” he says. “We don’t realize that we’re role models and mentors to kids – not just kids in our own homes.”

McGunn suggests parents occasionally throw parties at their home that don’t include alcohol, for example, since alcohol is “the primary drug that teens are going to see their parents use.

“It sends a distinct message that you can celebrate and have a good time without alcohol,” she says.

Peers also play a large role in influencing teenagers. Therefore, McGunn says parents should get to know their teen’s friends.

“One of the ways of determining whether a teen uses is whether they’re associated with other teens who use,” she says.

Sometimes, though, parents cannot stop their teens from trying drugs.

Miskokomon says he talked to his teen about drugs, and spent a lot of time in his son’s life – from Boy Scouts and baseball to attending parent-teacher conferences.

But Miskokomon’s message to other parents whose kids are doing drugs is “not to give up on their kids.” Today, Miskokomon’s 17-year-old son is back home in Michigan after completing a 30-day drug rehab program in South Dakota.

“He did great,” Miskokomon says, but adds that his son still “has a long road ahead of him.”

While other teens across the nation face similar roads to recovery, new drugs will threaten to wreak havoc on teen lives.

“There’s always going to be the drug of the day,” McGunn admits. “However, that doesn’t mean that parents can’t inoculate their children so they’re less likely to use it.”

The best way to reduce teen drug use is to fight the demand, Hackel says.

“(It’s) K2 today, but what’s it going to be tomorrow? Something different,” he says. “We can’t constantly be chasing after the supply when there’s the demand. How do we get people to say, ‘We don’t want to do drugs?'”

Getting teens to avoid trying drugs is a community effort, McGunn says, and everybody in the community – from law enforcement and churches to schools and coalitions – have a place in doing so.

Yet in the end, “It’s always going to come back to good parenting,” she says, and when you bring all areas of the community together on the issue, “the head of the table is always going to be the parents.”