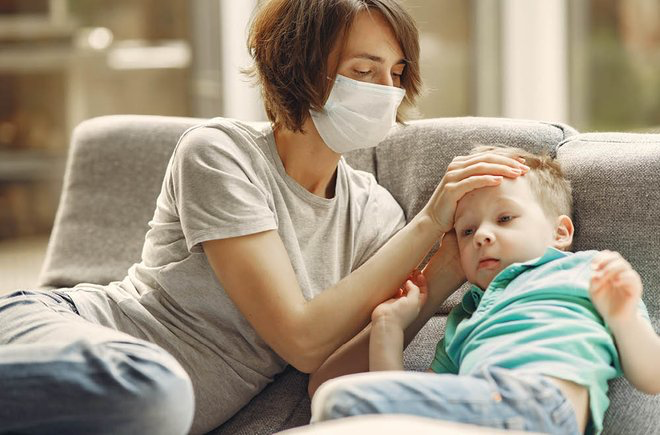 Just as back-to-school season kicks off for many kids, including some attending in-person classes or returning to remote learning, a new report gives parents a new reason to worry. The American Academy of Pediatrics just announced that the number of kids diagnosed with COVID-19 has surpassed 513,415.

The AAP and Children’s Hospital Association has been tracking cases in U.S. kids since spring and on Tuesday released a report showing a 16 percent surge in cases in children and teens over two weeks of 70,630 cases from Aug. 20-Sept. 3, a news release from AAP said.

“These numbers are a chilling reminder of why we need to take this virus seriously,” says AAP President Dr. Sara “Sally” Goza in the news release. “While much remains unknown about COVID-19, we do know that the spread among children reflects what is happening in the broader communities. A disproportionate number of cases are reported in Black and Hispanic children and in places where there is high poverty. We must work harder to address societal inequities that contribute to these disparities.”

The report says 27,030 kids ages 0-19 in Illinois have been diagnosed since the numbers started being tracked in the spring, with six deaths, while Indiana has seen 11,299 kids diagnosed with three deaths and Michigan has had 10,958 kids ages 0-19 diagnosed. Michigan was not included among the states reporting numbers of deaths.

The AAP acknowledges the data is limited because it relies on how each state reports its cases. It did say, however, that kids make up 9.8 percent of all reported coronavirus cases. Health officials also have long said it appears COVID-19 does not make children as ill as it does older people.

“We must take this seriously and implement the public health measures we know can help; that includes wearing masks, avoiding large crowds, and maintaining social distance,” says Dr. Sean O’Leary, vice chair of the AAP Committee on Infectious Diseases, in the release.

He also urged everyone to get a flu shot this year. To read the full report, visit services.aap.org.