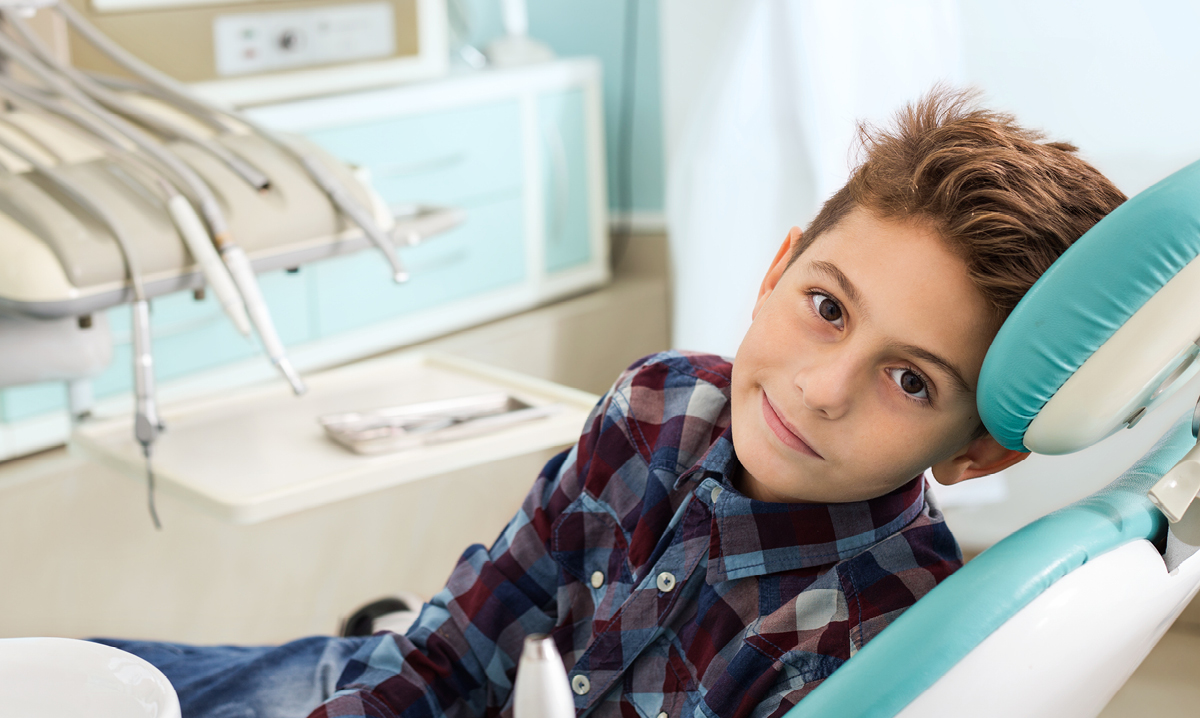 Overbites. Underbites. Crowded teeth. No matter the issue, your child’s smile could be causing him or her some serious frustration or embarrassment. If you’re holding off on orthodontic care until your kid’s baby teeth fall out, you’ve waited too long.

When it comes to orthodontic care, Dr. G. Michael Kabot, D.D.S., M.S. of Kabot Family Orthodontics says the earlier the better. In fact, he suggests patients have their first orthodontic visit around the age of 7 or 8.

“It’s better to see them young with lots of baby teeth in there and just watch to see what their jaws are doing,” Dr. Kabot says.

Monitoring is a big part of the process early on. During that initial consultation, Dr. Kabot looks at a patient’s tooth maturation, jaw shape and size, the mouth’s skeleton, teeth that are coming in and the pattern of growth. In doing so, he is able to decide if early intervention is needed or if the child should grow a bit more before reevaluating his or her case.

“Frequently we let them grow and it’s nice because it gives me a baseline of what they use to look like,” he says.

Kids are constantly growing and changing, which Dr. Kabot says can be used to a child’s advantage.

“The nice thing is that they’ll fix a lot of orthodontic work that I used to have to fix on their own just by getting their jaws to actually physically grow properly,” he says.

Starting early gives Dr. Kabot three to four years of jaw growth to improve upon, so there isn’t as much need for extractions and oral surgery when a child gets older.

Kabot uses a specific kind of retainer, known as a functional orthodontic appliance, to address these issues.

“In normal language, it’s a jaw growing retainer, and the nice thing is that we don’t have to glue them on the teeth like we used to have to,” he says. These retainers are removable, comfortable and customizable. Pink and purple sparkles, anyone?

Still, many children – even those who go through orthodontic treatment around age 8 –still end up in braces again in their teenage years. “The majority of those kids will more than likely end up in braces once their adult teeth come in down the road,” Dr. Kabot says.

However, when kids start their care earlier, it often shaves off time if they do need braces or additional care later on.

“Most orthodontists base fees on how much work they have to do, how involved it is and how risky it is,” Dr. Kabot says. “If we can get the jaws to start growing properly, a lot of the bad, old-fashioned orthodontics goes away.”

The early care helps boost a child’s confidence, too, by transforming their teeth and jaw.

“If they have front teeth that are way out there because their jaw is skinny – or they were a thumbsucker when they were little – in a 6- to 12-month window, those jaws or teeth look totally different.”

During the summer months, Dr. Kabot says his office fills up with patients – and it’s no surprise. Summer is the ideal time to receive orthodontic care, particularly when a child is getting used to a retainer.

“It’s weird when you first get a retainer because you have all this saliva and all this stuff in your mouth,” he says. It actually tricks a child’s brain a bit, but with time, things get easier. “Once the retainer is in there, once the saliva actually soaks into that appliance, it totally goes away,” he adds.

For more information or to schedule an appointment, visit kabodontics.com.