Solar eclipse glasses are scarce because Americans are heeding the warning to protect their eyes when watching the rare event this Monday, Aug. 21. Local libraries have doled out their free glasses and many online vendors are sold out. But while staring at the sun during the eclipse could lead to retinal damage and possible blindness, kids are more likely to get eye damage from things they encounter every day.

Dr. Lisa Bohra, a pediatric ophthalmologist at Children’s Eye Care, says there are many day-to-day items and events that can cause significant harm or even loss of vision in children – some that parents wouldn’t even consider. Here are six of the biggest dangers to children’s vision:

“We see many chemical injuries,” Dr. Bohra says. “When chemicals are splashed in the face, it’s often in both eyes, so a child can have damage to both eyes and go completely blind – and it happens in just a matter of seconds.”

Dr. Bohra says alkaline cleaners, such as laundry soap and bleach, often lead to more damage than acids. She says one of the common mishaps occurs when these household cleaners are in spray bottles.

“It’s easy for kids to pull on the trigger and spray themselves in the eye,” Dr. Bohra says. “The parents need to keep the chemicals on a shelf or cabinet that’s high up. If they must keep them low, the chemicals need to be locked up.” If there is a chemical splash, the eyes should be irrigated immediately with water for at least 10-15 minutes.

With their bright colors and squishiness, laundry detergent pods can be quite a temptation to curious kids. Younger children can pop them in their mouths, thinking they are candy. And young and even older children love to squeeze them.

“When they are squeezed and pop, the chemicals could come out and get in their eyes. Those chemicals are highly concentrated and can do some major damage to the eye,” Dr. Bohra says. Even if the detergent gets on the child’s hands, they can rub their eyes and cause damage. These injuries have been on the rise since the pods were introduced in 2012, Dr. Bohra says. As a result, the American Cleaning Institute, which represents laundry detergent manufacturers, announced a voluntary safety standard in December 2015 that ensures the packets “withstand the squeezing pressure of a child.” Still, better to be safe than sorry, so Dr. Bohra recommends that parents keep them out of reach of children.

“We see a lot of injuries from BB guns, airsoft guns and paintball guns,” Dr. Bohra says. Airsoft guns, in particular, are marketed like a toy and are not regulated as much as BB guns. “In all cases, because of the way they are shot, the velocity of the pellet can get pretty high and do a lot of damage if it hits an eye.”

“They can be pretty bad because fireworks damage the eyes in two ways: thermal and chemical injuries,” Dr. Bohra says. Injuries often occur when children light the fireworks in their own hands as opposed to on the ground or if the firework tips over or ignites early before the child backs away. Dr. Bohra says that fireworks commonly injure those not involved in lighting fireworks, but those standing nearby, like children. And it’s not just aerial fireworks that can cause damage, but also simple sparklers. Adult supervision is critical and safety glasses are a must for anyone who lights any type of firework.

Dr. Bohra says sports-related eye injuries are an unfortunate but common condition treated at Children’s Eye Care’s four metro Detroit locations. Children can be hit in the eye with balls or pucks, but they can also be injured by elbows or kicks from other players.

For that reason, the National Eye Institute recommends that all athletes wear sports goggles, which are sports frames with polycarbonate (highly impact resistant) lenses.

Laser pointers are great in classrooms to direct the roving minds of students or as an attention-grabbing tool in office presentations, and they can be a ton of fun – whether they’re used in laser tag games or in toys that get the family pet off the couch and running around. But they can cause serious eye damage, Dr. Bohra warns. And while there are regulation codes for laser pointers, manufacturers often have vague or inaccurate labels.

“Parents are left to figure out what’s safe and what isn’t,” Dr. Bohra says. “If you have a small laser pointer running on a small watch-like battery, it’s probably going to be fine. If it is a high-output, high-energy laser with several AA or greater batteries, it could only take a fraction of a second focused on the eye to cause permanent damage.”

Dr. Bohra says there are other everyday items that can cause children eye injuries. From wire hangers to mechanical pencils, parents need to be aware of how their children are using items and ensure they are using them appropriately and safely. So, get those safety-certified eclipse glasses to protect your child’s peepers, but heed these warnings for every other day of the year.

To make an appointment with one of the pediatric ophthalmologists at Children’s Eye Care, with locations in Clinton Township, Dearborn, Detroit and West Bloomfield, visit ChildrensEyeCareMich.com or call 248-538-7400. 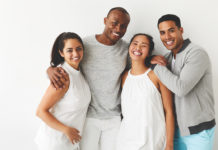 5 Things to Know About Living a Waxing Lifestyle

Create a Partnership for a Safe and Joyful Pregnancy and Birth