Find an Easter Seals location near you.

"It's a tough one to swallow when your children won't tell you they love you and you feel like you've done something wrong," Irons explains. "But through therapy I've learned new ways to show Matiah I care and to see that she cares, too. Sometimes, it's not through words."

The approach to helping Matiah goes beyond just treating her individually, but focuses instead on building up family bonds. In this approach, called Child-Parent Psychotherapy (CPP), therapists work with both a parent/caregiver and the child to provide tools for better communication and understanding.

"From infants to age 5 is a time of rapid development in the brain," explains Denise Arbaugh, family services program manager at Easter Seals Michigan. "Having a strong attachment to a parent or caregiver helps positively impact that development."

But if a child is not able to properly bond with a parent or caregiver – due to an autism diagnosis, for instance – it can have a lasting influence on her development.

"We know now through current science that an infant with poor to no attachment with a parent or caregiver will have different neurological connections than those who've had a secure attachment," Arbaugh says. The lack of attachment, and the security that comes with it, can negatively affect a child's emotional and social growth.

CPP is an evidenced-based treatment for families that have been exposed to trauma. Easter Seals has used this practice to go beyond just trauma to build relationships for families facing other difficulties. "CCP supports the relationship between the child and the parent, building a sense of attachment," says Uriel Stephens, director of family services at Easter Seals Michigan. It guides parents and other caregivers in understanding how their child is trying to relay their emotions and then gives them tools to build bonds with their child.

For Irons, CPP opened her eyes to how her daughter perceived the world and how to tap into that understanding to guide Matiah toward better behavior. "She really struggles to make friends and she feels bad about that," says Irons. "But she also doesn't quite know yet how to interact with kids. I have to really work with her to have her understand their point of view."

Generally, CCP involves weekly visits, often in the home, where the therapist goes through play exercises that teach specific relationship-building ideas. Irons has found that she's able to draw out more of her daughter's personality through play. Before therapy, she'd maybe be able to hold her daughter's attention for three minutes, but now they can play together for 30 minutes. "It helped that the therapist helped me to set reasonable expectations for Matiah's behavior," says Irons.

There are still tough days, but now Irons feels better able to accept them.

"I'm not consistently frustrated with her behavior. Sometimes you've just got to let stuff go." For other parents experiencing similar difficulties with their children, Irons offers this advice: "A lot of parents don't know that there's help out there. They figure their kid is just bad, and then you start feeling like a bad parent. But they're not bad. There is help." 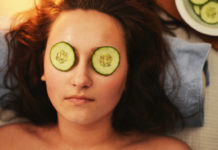 A Divine Calling: The Importance of Forgiveness