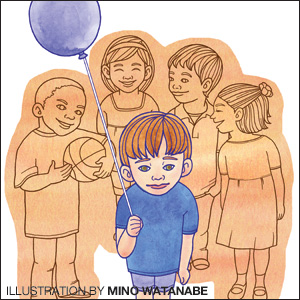 It could be the quiet kid in the back of the classroom who suffers from depression, your son's best friend with ADHD, or your daughter who deals with anxiety. Whatever the mental illness, it's affecting one in five U.S. children – and costing an estimated $247 billion a year in medical bills, special education and juvenile justice related to these illnesses.

That's the findings of the U.S. Centers for Disease Control and Prevention in the agency's first-ever study of mental health disorders in children ages 3-17.

The study found that ADHD was most common, affecting a reported 6.8 percent of kids ages 3 to 17. Other top mental health issues were anxiety, depression and even autism, which some experts say doesn't belong under the mental health umbrella.

The study, which was released in May, analyzed 2005-2011 data and found an increase in children who were being diagnosed with a mental health disorder over the years.

"The public mental health system in Oakland County has seen quite a dramatic increase in the number of families seeking services for their child over the last few years, and increasing severity of the problems these children are experiencing," says Jennifer Muller, who manages Oakland County Community Mental Health Authority's network of services for kids with "serious emotional disturbance," which is based in Auburn Hills.

Some experts believe part of that spike could be attributed to the broad definition of a mental health issues by the American Psychological Association in its Diagnostic and Statistical Manual of Mental Disorders (DSM).

Muller says these classifications "can change over time, and disorders can be added, removed or modified."

Nikki Sulaica, a child and adolescent therapist with Henry Ford Health System in Novi, says that anything getting in the way of normal development of kids can be considered a mental health disorder. "It all gets clustered together." But, Sulaica adds, the increase is also likely because more parents are willing to report these issues with their kids. "Mental health isn't something that people are afraid to go to the doctor for anymore."

Adds Muller, "We know that public awareness of mental health issues among children has increased dramatically over the last number of years, and that social stigma has also reduced, which has made it more acceptable to identify that a child has a mental health disorder – and to seek treatment."

And yet some parents may not know the signs that their child is suffering from a mental illness. Muller suggests talking to a pediatrician if you think there is something wrong – or if you notice your child seems significantly behind kids of the same age. This includes milestones such as standing and walking.

Talk to school administration if your kid is acting up in the classroom. While this may be normal school-age child behavior, there could be something else going on with your child.

"Knowledge is power," Muller says, and the more reliable information parents have, the better they will be able to assure their children are mentally healthy or getting the treatment that they need. 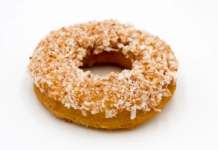